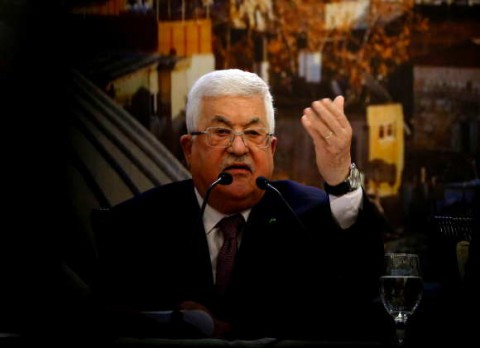 It’s Germany that owes the Palestinians an apology, not the other way round

I’ve disagreed with Palestinian President Mahmoud Abbas over a whole range of issues and still do. But I support his refusal to apologise for the killing of 11 Israeli participants at the 1974 Munich Olympics, and his use of the term ‘holocausts’ to describe the many massacres to which Palestinians have been subjected by Israeli forces over the years.

Abbas, who made his remarks at a joint press conference with German Chancellor Olaf Scholz, was not asked about his view of the Nazi Holocaust, but of the death of the Israeli athletes on the 50th anniversary of the Munich incident. His reply, reminding his questioner of the ‘Israeli holocausts’ perpetrated daily against the Palestinian people, was poignant and powerful. He should not retract it or try to clarify or fudge it to appease criminals whose record is replete with racism, atrocities, and war crimes.

The massacre of the Israeli athletes in Munich was not committed by Abbas or by the Black September squad that abducted them. They were killed by Israeli Mossad operatives and German police who stormed the place where they were being held. The five kidnappers, who had wanted to exchange them for Palestinian prisoners held in the Israeli occupation’s jails, were all liquidated. But Israel, supported by Germany’s guilt complex, considers itself above any law or accountability and feels free to twist the facts.

Abbas has saved countless Jewish lives by devoting 60,000 Palestinian security personnel to protecting Israeli settlers for the past 30 years, the biggest scandal in the history of national liberation movements. His only reward has been to be insulted and abused by Yair Lapid, Lieberman and other Israeli leaders.

Lapid described Abbas’ remarks as disgraceful and unforgivable and accused him of denying the Holocaust in which six million Jews including a million children perished. Lapid’s hands and those of all previous Israeli governments are soaked in the blood of Palestinian children, most recently the 16 slain in just three days in the Gaza Strip. They are the last people on earth entitled to lecture anyone about the killing of women and children.

Abbas was excoriated by Scholz and the German opposition for describing Israel as a racist Apartheid state. If I were him I would have replied that the Germans should apologize to the Palestinian people, not the other way round, for their blind unconditional defence of blatant Israeli racism and their hypocrisy, double standards, and falsehoods when it comes to the Palestinian cause.

The Nazi Holocaust was the ugliest crime in modern history and must be condemned in the strongest terms. But usage of the term is not a Jewish copyright, and we should not be prevented from using it to describe the holocausts to which the Palestinians and other peoples have been and continue to be subjected.

Israel has committed countless massacres against the Palestinian, Lebanese, and Egyptian people — last but not least the recently revealed Latroun massacre in which 90 Egyptian soldiers who surrendered after being surrounded in the 1967 war were burned alive. It carries out mass killings, holocausts, blockades, and sieges against the Palestinians with impunity. It has never abided by a single UN resolution applicable to it, nor respected its signature on any agreement with Palestinians, including the shameful Oslo Accords that gave it 80% of the territory historic Palestine in exchange for a bastardised version of ‘autonomy’.

I wish Abbas had taken such a bold stance 30 years ago instead of engaging in futile negotiations and imagining that peace could be achieved with a murderous, racist coloniser. Maybe he has experienced a belated awakening to atone for his sins. Better late than never. But the Palestinian people realised long ago that the policy of banking on peaceful solutions and international resolutions had failed, and that the only way of regaining their rights is resistance.

0 thoughts on “Abbas and Israel’s ‘holocausts’”