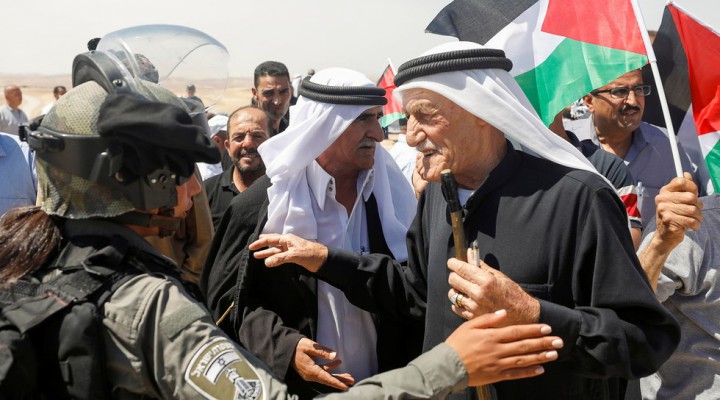 Israel’s on the cusp of seeing a new coalition government that’s been dubbed the “change bloc”. If that conjures notions of progress, think again.

Superficially, change is afoot. If the proposed coalition secures parliamentary support in the coming days, then Benjamin Netanyahu and his Likud party will be out of power. Netanyahu is the longest-serving prime minister – 12 straight years in office and 15 in total – since the inception of the Israeli state in 1948. He has defined Israeli politics for over a quarter of a century. So, indeed, any new face in power will seem like a big change.

Also, among the putative new administration is an Arab party, Ra’am, which professes conservative Islamist beliefs. The inclusion of Palestinians in a governing coalition – albeit with a tiny representation – may seem to herald a more progressive era for Israel’s Arab population, which accounts for a fifth of the total in the Jewish state.

Mansour Abbas, the leader of Ra’am, says he has won major investment commitments from Jewish coalition partners to develop marginalized Arab communities with better housing and infrastructure. The trouble is those spending promises are not cast in stone, and it is far from certain they will be delivered. There is a sense that the Arab lawmakers were enticed to expedite forming a coalition solely to oust Netanyahu and no guarantee of substance.

In any case, the potential new prime minister is Naftali Bennett, who will rotate the executive seat with Yair Lapid, who leads a so-called “centrist” party.

Bennett, a former protégé of Netanyahu, is a hardline pro-settler who openly calls for the expansion of illegal occupation and the annexation of Palestinian land. His cabinet will be packed with far-right politicians such as Avigdor Lieberman, who will hold power in the key ministries. Under Bennett, therefore, the Israeli government will hold the same contempt for the so-called two-state solution that American administrations have nominally advocated for Palestinian statehood alongside Israel. That means further encroachment and evictions for already hard-pressed Palestinian communities in the West Bank and East Jerusalem.

Those evictions under Netanyahu – which are illegal under international law – led to the eruption of violence last month, when more than 250 Palestinians, including 66 children, were killed during 11 days of Israeli bombardment of the Gaza coastal enclave.

Bennett and several of his would-be ministers hold the same disdain for international law and Palestinian rights as Netanyahu and the Likud party. They are Jewish supremacists who unapologetically govern Israel as an apartheid state in which Arabs are second-class citizens, if citizens at all. Even the so-called secular centrists of Yair Lapid are imbued with a belief in absolute dominance for Israel over Palestinian rights.

It’s a pipe dream to think that the new administration may lead to any improvement in conditions for Palestinians, either as citizens within the state of Israel or in the besieged territories of Gaza and the West Bank. In fact, their plight is likely to become a whole lot worse. That’s because Netanyahu is playing on racial incitement and national security paranoia. He’s already started vilifying Bennett for “selling out” to Arab enemies and forming a “dangerous left-wing government”. Of course, nothing could be further from the truth.

In the meantime, the wily politician is facing three corruption charges in a case that was opened in 2016 but the prosecution of which has been delayed by legal tactics and, more recently, the pandemic. If convicted, the 71-year-old could face serious jail time. Consequently, he is sure to pull every lever to sabotage the shaky new coalition in order to get back into power and, possibly, seek legal immunity from parliament. While that immunity is not guaranteed, if granted, it could further delay his trial by many months.

Bennett, for his part, in order to keep his far-right supporters on board and stave off Netanyahu’s cynical accusations, will ramp up the hardline policies against Palestinians. The settler movement thus has a green light to push ahead with evictions of Palestinians from the Sheikh Jarrah district in East Jerusalem, as do Jewish extremists in excluding Arabs worshipping at Al-Aqsa Mosque, the third-holiest site for Muslims. These flash-point issues are what ignited the onslaught on Gaza three weeks ago.

More ominously, the Bennett-led government may be tempted to escalate provocations against Iran or Syria to try to appease the extreme right underpinning his cabinet. The toxic politics of Israel mean there are no good options with any of the existing parties. It is a state premised on oppression. Jockeying for power inevitably means baiting petty rivals over “national security,” which will only lead to more oppression for Palestinians, and in the worst-case scenario, the incitement of a regional war.