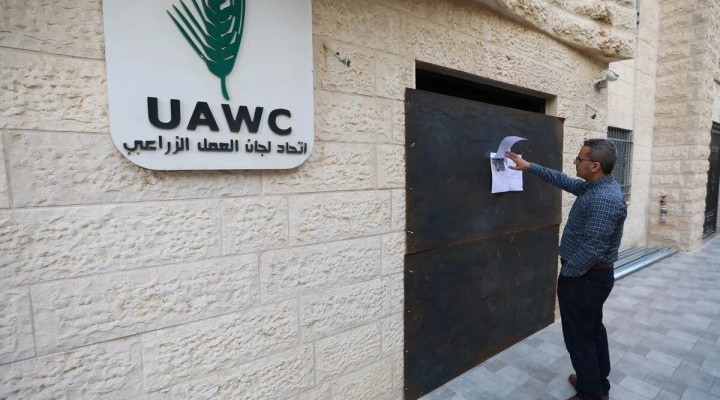 Israeli forces raided the offices of seven Palestinian civil society organisations last week and shut down the premises, following accusations of ties to the Popular Front for the Liberation of Palestine (PFLP). The doors of the premises were welded shut and documents left behind by the soldiers specified no duration for the forced closure. In 2021, Israeli designated Palestinian civil society groups as “terrorist organisations”, despite no evidence to substantiate its claims.

The current targeting is an extension of the previous year’s attacks on NGOs, yet for all the rhetoric of engaging with Israel about its oppressive tactics, the international community keeps missing the details for temporary and perfunctory reactions. In 2021, the European Union had stated that it would take action if the Palestinian organisations designated as terrorist groups by Israel were found to have misappropriated funds. A recent statement on behalf of the European Commission says in part, “Past allegations of misuse of EU funds in relation to certain Palestinian Civil Society Organisations have not been substantiated.” The EU also reiterated its ongoing support for such organisations because “they play a crucial role in promoting international law, human rights and democratic values.”

Pretty words, but the significance has greater impact in terms of allowing Israel to continue with its violations unchecked. Primarily, the EU’s praise of such organisations also highlights its own ineptitude. Undoubtedly, civil society and human rights organisations are indispensable, but they have also been made so due to governments’ reliance on violations of international law. The fact that the EU finances civil society organisations in Palestine and will continue to do so is only part of a bigger equation that sees the bloc in a duplicitous role of funding both the oppressor and, to a much lesser extent, the oppressed. Hence, the EU maintains the imbalance in favour of Israeli violence, while Palestinian civil society organisations are restricted in terms of lesser funding in comparison with the magnitude of violations that Israel commits.

A prime concern of the EU is related to the two-state compromise. “A free and strong civil society is indispensable for promoting democratic values and for a two-state solution.” But the two-state paradigm is a political disparity, encourages human rights violations and holds no space for democracy, since the decolonisation process is not part of the framework. One question which should be asked is, how much does the EU depend upon civil society organisations providing enough of a facade for the bloc to promote its purportedly democratic agenda?

Palestinian civil society organisations exist to serve Palestinians. In a different political framework, such organisations would have more autonomy. As the EU funds Israeli colonisation and violence, Palestinian organisations are on a perpetual precipice, at constant risk of closure and intimidation, while the EU stands by and watches the brutality of the colonial project it sustains take its toll on every aspect of Palestinian life. Funding NGOs is a tiny sliver of the equation. If the EU was serious about human rights, it would take steps to hold Israel accountable politically for its actions. After all, the power of civil society institutions is limited, hence there is no need to glorify their existence to the point of fake adulation. The EU can act politically to stop Israel, so why does it insist on focusing on a derivative of colonial violence, instead of tackling colonialism at its root? The evidence suggests that EU concern about Palestinian NGOs will never override its support for Israel.