HOME / Multimedia / A New Palestine in the Making–MES Ep.111 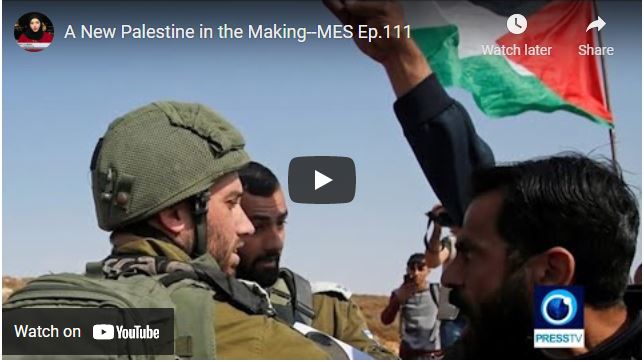 There is no doubt that the latest round of confrontation witnessed in occupied Palestine, which was expressed by both stones and missiles, was linked to the acceleration of the Zionist ethnic cleansing process in Jerusalem and Sheikh Jarrah neighborhood in particular. However, a new catalyst that is expected to bring about new challenges for Israel is the dismissal of Benjamin Netanyahu’s regime which is heading towards incurring the biggest loss in its political history. A loss that will not be limited to Netanyahu facing jail time but may also extend to the leadership of the Likud party, and perhaps to its future in the entire Israeli arena.

To discuss this issue with us from the West Bank is Dr. Saad Nemr, academic at Birzeit University.

Meanwhile, Parallel to the Omani delegation continuing its talks in Sanaa for the second week in a row, there were persistent American attempts to push towards the legalization of the presence of foreign forces in Yemeni lands and waters, and to postpone talking about this presence indefinitely, a new condition that angered Sanaa and embarrassed the Omanis. The efforts of the US and Saudi Arabia to limit the talks to what falls under Ansarullah’s control, completely contradicts the principles of the resistance movement, which considers that engaging in any international endeavors that surpasses Yemeni independence and sovereignty is an illegal matter and unacceptable to be placed under negotiations.