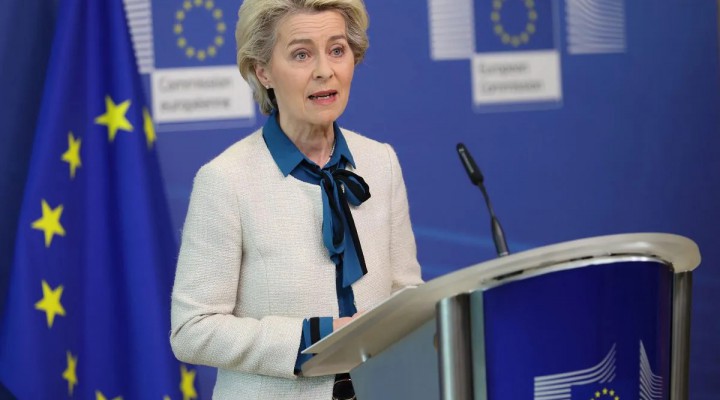 For each concession the Palestinian Authority gains, the Palestinians suffer additional repercussions. The EU’s decision to resume financial aid for the PA after the EU voted in favour, with the exception of Hungary, was juxtaposed against EU Commission President Ursula von der Leyen’s assertions of deepening ties with Israel.

“Very happy to be in Israel. Let’s work together to strengthen further the EU-Israeli partnership,” von der Leyen tweeted yesterday. Today, the EU Commissioner embarked upon a series of tweets upon how the “EU and Israel are bound to be friends and allies. Because the history of Europe is the history of the Jewish people.” In another tweet, von der Leyen stated: “Today more than ever, democracies like ours should stick together.”

With the PA’s financial resources dwindling, the US stepped in last year with recommendations to Israel to facilitate a number of concessions to avoid jeopardising security coordination and prevent Ramallah’s downfall. The PA’s setbacks increased when the EU withheld aid and sought to make it conditional upon the revision of Palestinian school textbooks.

Last Friday, the leader of Socialists and Democrats in the European Parliament Iratxa García emphasised the EU’s “responsibility to protect the viability of the two-state solution, the only one that can bring a permanent peace to the region.” In light of the funds being released to preserve the PA and the defunct two-state hypothesis, the stalemate for Palestinians continues, while Israel reaps the benefits.

Meanwhile, the PA’s Prime Minister Mohammad Shtayyeh wasted no time in calling upon the European Parliament “to form a momentum for collective recognition of Palestine to protect the two-state solution.”

Around $220 million in financial aid will be released by the EU to the PA, with most of it being allocated for projects and hospitals, as well as paying the PA’s debts. While the financial aid may seem to be unconditional, given the waiver over the issue of the Palestinian school textbooks, the PA’s compliance to the two-state solution makes any aid conditional upon Ramallah reasserting its collaborative position. What Palestinians gain and lose simultaneously as a result of the two-state compromise is not even a precarious balance, but participation in a premeditated outcome where Israel still dominates the narrative.

The PA’s relevance, at least as far as Israel and the international community are concerned, played a role in securing the funds, only because there is no intention to follow up on the Palestinian people’s decades of legitimate political demands. If maintaining the PA’s illegitimate leadership secures Israel from facing an alternative Palestinian leadership which would at least call out the corruption of illusory state building, the EU will, of course, continue to finance the existing option, even if it pretends to call for democratic representation in Palestine when the need arises. However, if von der Leyen has specified exactly what type of democracy the EU cherishes and identifies with, the message behind the release of financial aid to the PA is also a clear message to the Palestinian people that the EU will not tolerate, let alone accept, “an independent, viable, Palestinian state.” With the PA at the helm, independence is unachievable, and the EU is happy to finance the Palestinian people’s political incarceration.

0 thoughts on “EU aid and the PA’s political dependence”