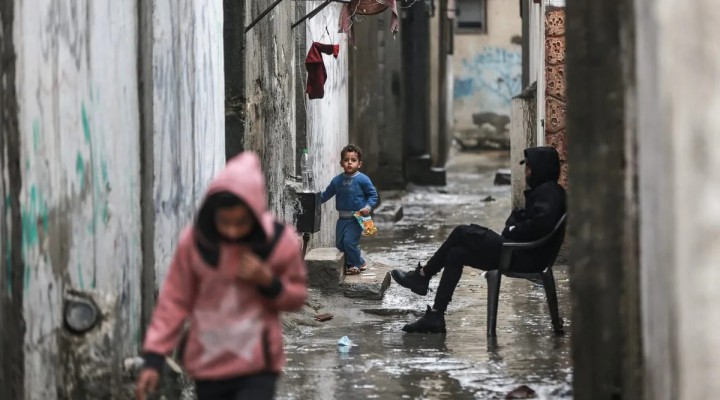 On the 55th anniversary of the 1967 war and the commencement of Israel’s military occupation over Palestinian territory, the Palestinian Authority’s Prime Minister, Mohammad Shtayyeh, feebly called out the international community on its acquiescence to Israel and its international law transgressions. “This occupation would not have continued if it had been held accountable for its violations and if there was an international will to end it,” Shtayyeh declared.

Decades of Israeli military occupation, not to mention the ongoing colonisation, and the PA’s politicians are unable to string together a sentence that goes beyond obvious admonishment. To do more would entail speaking against the two-state compromise, which would spell the PA’s dissolution. Maintaining inequalities among Palestinians, bolstered by complicity with Israel and the international community, is the PA’s role. Shtayyeh would do well to assert the PA’s role in entrenching the double standards which he accuses the international community of indulging in.

Anniversaries, however, have become the PA’s fleeting limelight. Even though its official rhetoric even fails to impress its donors, let alone Palestinians who have suffered the consequences of their leaders’ blind adherence to the two-state compromise.

In place of acknowledging the ongoing Israeli brutality against Palestinians, the international community devised a plan to render the colonised population perpetually dependent on humanitarian aid, while funding a politically inept elite to masquerade as a leadership, and an illegitimate one at that.

Fragmenting Palestine started off as a concept to implement through the initial Zionist colonisation with the aim of “greater Israel” being accomplished. World leaders adopted the strategy through the Oslo Accords, as well as several other so-called peace initiatives which prioritise Israel’s colonial existence above the political rights of the Palestinian people. Palestinian refugees, the bulwark of the Palestinian narratives and resistance, are given even less importance than the compromised Palestinian right of return, which has been mellowed into a meaningless slogan with little concern that the resolution itself also prioritises the Israel narrative and requires Palestinian adherence to living within the colonial framework.

Reprimanding the international community while participating in its erasure of Palestine will not win Shtayyeh any endearment from the Palestinian people. The PA’s refusal to articulate remembrance in its entirety reflects the international narrative on Palestine, which is determined by Israel’s colonial expansion. Israel’s military occupation entrenched its colonisation, and the PA’s positioning itself as a spectator on the side-lines only serves to prioritise the two-state compromise, which has required Palestinians to step aside for Israel, just as military occupation has furthered the separation of the indigenous population from its terrain.

0 thoughts on “Double standards over Palestinian fragmentation and displacement”