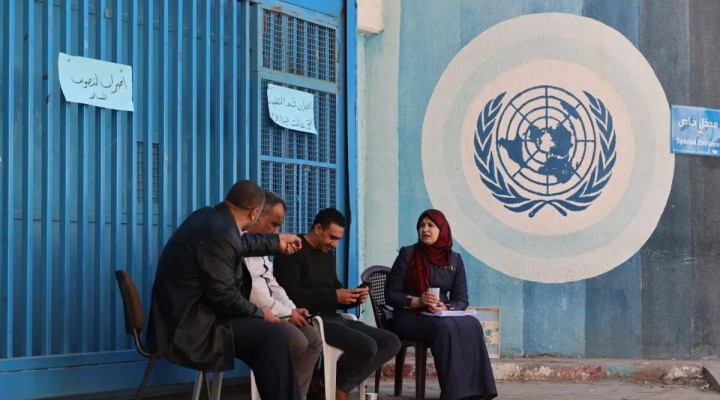 The UN Human Rights Council’s Commission of Inquiry recently released report on the violations in the occupied Palestinian territory (oPt) has infuriated Israel and sparked another statement from the US State Department on the so-called “one-sided biased approach that does nothing to advance the prospects for peace. The report of the Commission, released today, does nothing to alleviate our concerns,” the department’s spokesman, Ned Price, declared in a press statement.

According to the US, the alleged anti-Israel bias is the obstacle to peace, and not Israel’s violations which are routinely ignored by the UN, except for reports and statistical purposes.

The report details Israel’s violations and how its actions are perpetually fragmenting Palestinian territory through colonial settlement expansion, which caters for the settler population and which, in turn, imposes excessive restrictions on Palestinians – clearly termed apartheid by human rights organisations even within Israel.

As if noticing for the first time, the report states, ” The Commission notes the strength of prima facie credible evidence available that convincingly indicates that Israel has no intention of ending the occupation, has clear policies for ensuring complete control over the Occupied Palestinian Territory, and is acting to alter the demography through the maintenance of a repressive environment for Palestinians and a favourable environment for Israeli settlers.”

Of course, Israel has no intent of ending the occupation – the UN is wasting time with such belated statements, as if attempting to wake itself out of its own stupor. Hence the report is still littered with references to the “conflict” and “fostering peaceful coexistence” when far more attention should have been placed on coming to terms with the absence of international political will to hold Israel truly accountable. The diligence in reporting Israel’s war crimes and international law violations is never met with an appropriate response, which was so forthcoming in countries slated for destruction by the US, even upon fabricated pretexts.

However, in Israel’s case, caution is always exercised, lest the international community interferes with the colonisation process. “The Commission will seek to identify ways of addressing the underlying root causes of the recurrent tensions, instability and protraction of conflict, and will work with relevant stakeholders to identify tangible steps aimed at contributing to ending the violence and fostering peaceful coexistence,” the report states towards the end. Only the fact-finding commission has not even truly addressed the “root causes of the recurrent tensions” because there is rarely any effort on behalf of the UN and its affiliates to address the Zionist colonial process, or the ongoing Nakba, as root causes of the current colonial violence.

The report acknowledges that approximately 50 per cent of Palestinians live in the diaspora, and yet there is still no assertion of links between the earlier colonisation of Palestine and the ethnic cleansing that forced Palestinians to leave, and the ongoing cycle of Palestinian displacement. Israel’s military occupation is not a concern for the international community. On the contrary, it provides the necessary veneer to keep colonial violence and expansion away from scrutiny. If UN agencies and commissions are following their own convenient narrative when it comes to the Palestinian people, no amount of research and report writing will dent Israel’s brand of impunity.