Can Belgium set a precedent by labelling Israel’s settlement products? 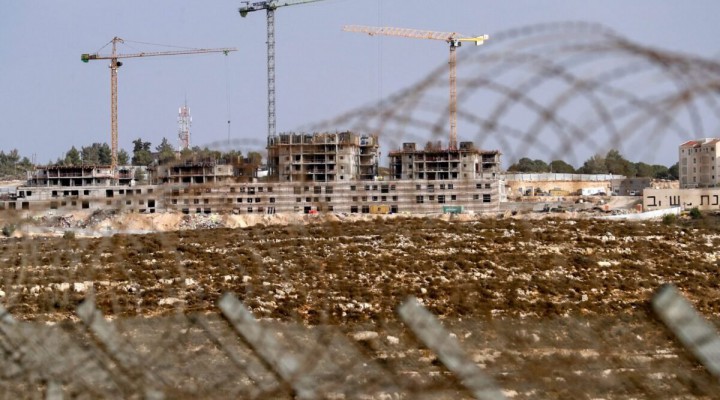 Labelling Israeli settlement products “strengthens extremists, does not help promote peace in the region, and shows Belgium as not contributing to regional stability,” according to Israel’s Deputy Foreign Minister Idan Roll. He lashed out at Belgium’s announcement that it would start applying more restrictive measures on goods produced by Israeli companies based on occupied Palestinian territory. Following the 2019 EU Court of Justice ruling that settlement products must be labelled as such, the EU Commission has so far left the decision to implement this legal requirement up to individual countries.

Palestinian Authority Prime Minister Mohammed Shtayyeh had urged the EU to move beyond its usual condemnations and prevent settlement products from reaching markets across the bloc. This is simply unacceptable for Israel. “It is inconsistent with the Israeli government policy focused on improving the lives of Palestinians and strengthening the Palestinian Authority, and with improving Israel’s relations with European countries,” said the Israeli Foreign Ministry.

Since the US has indirectly tasked Israel with helping the PA to regain some degree of control, following the damage that it brought on itself by cancelling the Palestinian elections and killing activist Nizar Banat earlier this year, the Israeli government is now attempting to create an image of itself being shackled as it tries to “improve the lives of Palestinians”.

Belgium’s decision is a tiny step in comparison with what the EU should be advocating for and implementing: sanctions against Israel for its colonial violence. Yet that step was enough for Israel to strike an aggressively defensive posture, even though the EU is far from making such policies mandatory upon its member state, as it should be if the Court of Justice has any credibility.

If Israel is intent on continuing its de facto annexation of Palestinian land, why should Belgium — or anyone else — not draw attention to Israel’s violations of international law? Far from singling out Israel, Belgium’s decision merely points out the politics of colonial violence so that its citizens can make informed decisions as consumers. The repercussions that Israel might face as a consequence of Belgium’s clarification about colonial expansion are related directly to Israel’s actions. If Belgium sets a precedent for other EU countries to follow, which is unlikely at a regional level given the EU’s ties to Israel, the settler-colonial state is not in a position to criticize other countries for trying to adhere to international law.

The EU has regularly expressed “concern” over Israel’s settlement expansion, yet it has continued to work closely with the apartheid state and strengthen its diplomatic ties. Belgium’s decision, however, has proved to other EU member states that they do not require the bloc to mandate action that is in line with international law. So far, non-binding rulings regarding Israel have largely lain dormant, if not dead in the water. The labelling move by Belgium is thus to be welcomed. If it does set a precedent and is followed by other EU countries, there may well be a significant challenge to Israel’s colonial violence as well as ongoing EU complacency.

0 thoughts on “Can Belgium set a precedent by labelling Israel’s settlement products?”