HOME / WORLD / The PA is recycling its options 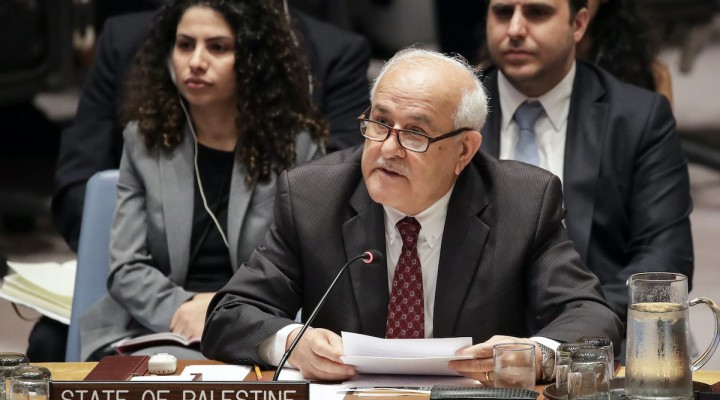 “We’re trying to avoid having confrontations with the US administration,” Palestine’s Ambassador to the UN, Riyad Mansour, stated in a recent interview with the Times of Israel. Obviously, US President, Joe Biden, did not turn out to be the expected alternative to Donald Trump, after all, and the Palestinian Authority’s euphoria swiftly took a blow. Mansour’s complaints about the US being too slow to act upon implementing the few dregs of support it offered to Palestinians says more about the Biden administration’s loyalties to what Trump rolled out during his tenure, in terms of concessions to Israel.

Biden and Israeli Prime Minister are in agreement that any negotiations are, at the moment, untenable. Abbas, having nothing other than the two-state diplomacy to fall upon, has been calling for negotiations to take place. However, as Mansour stated, the PA does not want the US to be the only interlocutor in the process. The option? A collective approach, commencing with the Middle East Quartet, which has declared the two-state obsolete, yet continues to base its relevance on the same defunct diplomacy.

During the interview, Mansour gave yet another example of how the PA glosses over major political decisions that contributed to Israel’s colonisation plans. In discussing the Abraham Accords, Mansour downplayed the repercussions, pointing out that the signatories to the Accords still support pro-Palestine resolutions.

Maybe Mansour is forgetting that Palestine’s land loss was determined by resolutions promoting colonisation and that subsequent resolutions have failed to address the root cause of Israel’s settler-colonial project. Or that the Quartet affirms resolutions and preaches the two-state compromise for Israel’s benefit.

It is true that US support for Israel is unrivalled. However, the PA’s alternative is to seek out allies among countries and institutions that have normalised Israel’s colonisation of Palestine, for displays of symbolic support or, at the most, an affirmation that negotiations should restart.

The US’s concern is Israel, not the PA. That, in itself, is a political decision, despite Mansour stating that the US is only concerned with the humanitarian paradigm in terms of Palestine. A refusal to engage politically with the PA is also a political stance, one which is reaping an extension of what Trump started in his presidency.

0 thoughts on “The PA is recycling its options”