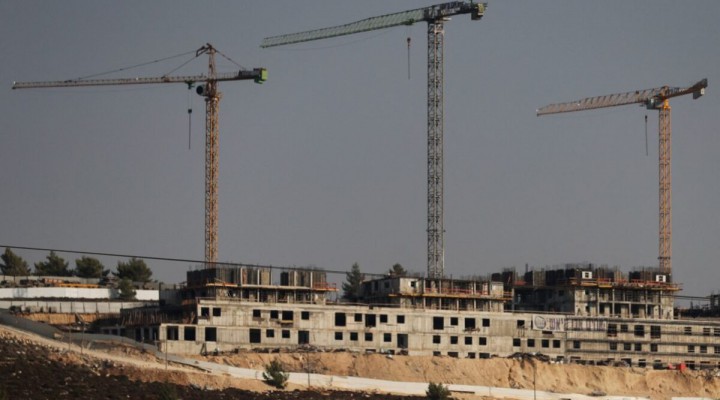 As Israel continues to approve illegal settlement construction in the occupied West Bank, Irish politician Chris MacManus, a member of the European Parliament for Sinn Féin, has criticised the EU’s silence. “I believe it is about time the EU stood up to Israel and made it perfectly clear that it is not prepared to acquiesce to the undermining of its work in Palestine,” declared MacManus. “The EU must live up to its own rhetoric that it stands for human rights and peace.”

In this respect, rhetoric is all that the EU has proved itself capable of so far. It claims to believe that settlements are illegal under international law – they are — but consistently fails to act against the occupation state. Indeed, this failure demonstrates that the diplomatic relationship with Israel is more important to the EU than its commitment to human rights.

As one of the major proponents of the two-state compromise, the EU needs to explain its stance. Settlement activity has long been deemed to be an impediment to the creation of an “independent, viable Palestinian state” which the international community, including the EU, proclaims but has never truly envisaged becoming a reality. Two-state diplomacy has enabled Israel’s settlement expansion, while also giving Israel’s allies a paradigm to rally around. The misconception that the two-state compromise somehow benefits the Palestinians needs to be exposed.

In place of futile rhetoric, we need to look at how the EU has maintained its stance against settlements without actively holding Israel accountable. The bloc issues statements periodically against Israel’s colonial expansion, as if merely regurgitating specific phrases carries any weight in terms of holding Israel to account. It doesn’t.

Natural justice insists that Israel should be held accountable for its settlements, which are illegal under international law. The EU has an obligation to impede Israel politically and diplomatically. So does the rest of the international community. No reminder about this should be necessary.

The International Criminal Court’s investigations into Israel’s “alleged” (but fairly obvious) war crimes and criminal responsibility for human rights violations are just one aspect, and a bureaucratic one at that, of holding Israel accountable. However, the international community is equally responsible in terms of preventing and halting Israel’s colonial violence against the Palestinian people.

This week, the Jerusalem Post reported that Israel will be signing an agreement with Horizon Europe, a seven-year programme which will enable the apartheid state to benefit from research funding. Since 1996, Israel has benefited from €1.36 billion under the Horizon 2020 framework.

There is little to no concern in Tel Aviv or Brussels that the EU will ever attempt to force Israel to abide by any preconditions that safeguard Palestinian rights in order to benefit from this programme, despite periodic calls for accountability by academics and organisations. The EU clearly prefers to keep its human rights agenda as a separate issue, while still participating in the contradictory process of enabling and rewarding a consistent — indeed, perpetual — violator of human rights.

Not only is the two-state “solution” defunct, but the constant referral to its paradigm when speaking about settlement expansion is also missing the point entirely. In tandem with the international community, the EU has failed to act to stop settlement expansion and Israel’s de facto annexation of Palestinian land. Instead, Brussels hastens to reward Israel with access to research funding and other economic benefits (from favourable trading agreements, for example). The EU-Israel Association Agreement clearly spells out the human rights obligations in terms of participants in EU finding schemes, but Israel is allowed to take part despite its appalling human rights record.

How will the EU ever hold Israel accountable when the bloc rewards Israel’s colonial expansion and human rights violations? Europe should come clean, end this charade, and admit that it doesn’t care a jot about human rights, especially when it comes to the Palestinians.