HOME / WORLD / The PA and the illusion of symbolic recognition 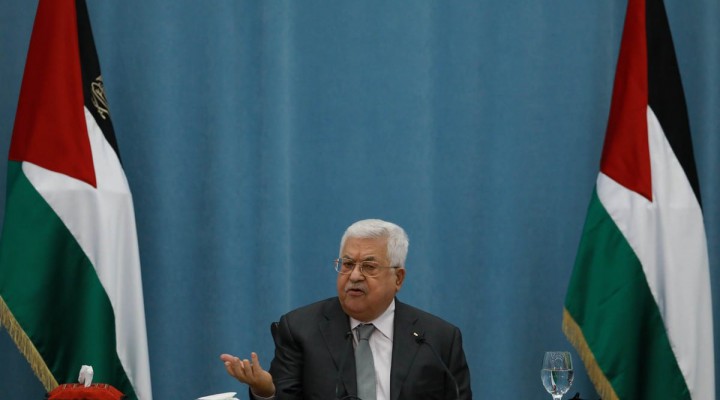 Depoliticising the Palestinian people when it comes to their rights is a tactic Israel endorses and utilises.

Palestinians “are our neighbours, they are not going anywhere,” Israeli Prime Minister Naftali Bennett said to outgoing German Chancellor Angela Merkel, during a joint press conference in Jerusalem. Merkel reciprocated in kind. “I believe that Israel’s neighbours should be taken care of.”

However, the concept of a Palestinian state, no matter how hypothetical, elicits different rhetoric. “We’ve learned from experience that a Palestinian state would highly likely mean a terror state a seven minute (drive) from my own home, and from just about any place in Israel,” Bennet declared.

Reasonably, the Palestinian Authority took offence. Nabil Abu Rudeineh, spokesman for PA leader Mahmoud Abbas, rejected Bennett’s comments. “The occupation is the essence of terrorism,” Abu Rudeineh retorted, while reminding that the Palestinian state has been globally recognised and accepted as a UN observer state since 29 November 2012. Bennett’s approval is unnecessary, he stated, and rightly so, “because the Palestinian people do not give up their rights regardless of pressure.”

In terms of diplomacy, the recognition of a Palestinian state has allowed the PA to behave as leaders of a state, yet the implementation of a state is far from achievable, given Israel’s colonial expansion over Palestinian territory. Between the two-state compromise and the concessions awarded by the Trump administration leading to de-facto annexation in place of formal annexation, the recognition given by the international community is limited.

Besides, the two-state diplomacy only serves its investors. If the ultimate aim of the paradigm is to have no Palestinian state at all, which is evidenced by Israel’s unbridled colonial settlement expansion, the PA is missing the entire point of what matters when discussing a Palestinian state.

0 thoughts on “The PA and the illusion of symbolic recognition”