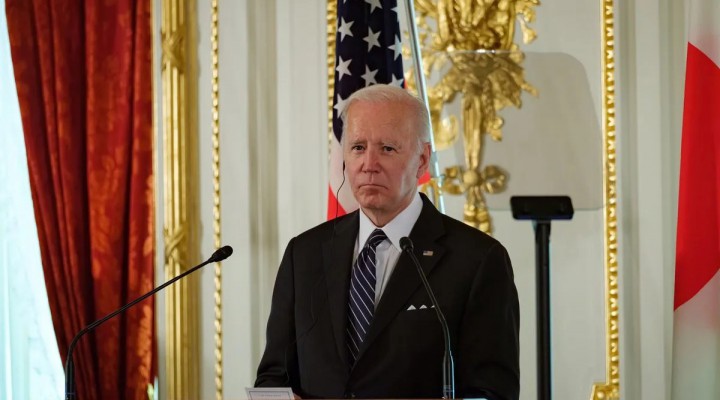 This week, the White House announced US President Joe Biden’s forthcoming visit in July to Israel and the occupied West Bank. Needless to say, the Palestinian Authority will increase its rhetorical disillusion with the current US government and its overtures to Israel, while nurturing its gratitude that, as a result of such inequality and political corruption, the US is on board with allowing the PA to extend its existence.

According to the press statement, Biden will be visiting Israel “to reinforce the United States’ iron-clad commitment to Israel’s security and prosperity”. Conversely, Biden will be visiting the occupied West Bank to assure PA leader, Mahmoud Abbas, of his “strong support for a two-state solution, with equal measures of security, freedom and opportunity for the Palestinian people”.

One recent concession which Biden granted ahead of the White House announcement was the restoration of direct communication with the US State Department. The US Office of Palestinian Affairs will replace the Palestinian Affairs Unit coined by the Trump administration in 2018, when the consulate was closed and amalgamated into the US embassy, ostensibly to “strengthen our diplomatic reporting and public diplomacy engagement”, according to the US State Department.  Of course, the move by former US President Donald Trump left the Palestinians with no diplomatic autonomy, while exposing how the PA is merely a pawn in US foreign policy.

However, Biden’s concession is just one bureaucratic reversal amid a series of Trump-era concessions which the current administration is determined to retain. The PA is yet to acknowledge that its fake frustration with the US administration is merely a purported return to the two-state status quo, amid the agenda of normalisation which was Trump’s parting and damaging legacy.

According to Israeli media, besides viewing Israel’s latest military technology, Biden will also seek Israel’s “increasing integration into the region through the Abraham Accords”.

The Abraham Accords overtly marginalised the PA and Palestinians in an unprecedented manner, exposing how little Palestine mattered to leaders in the region. By focusing on normalising relations with Israel, the US brought Arab and Gulf States to the same platform as the rest of the international community, the latter being only too ready to laud the initiative.

In March this year, the PA’s Prime Minister, Mohammad Shtayyeh, condemned the Negev Summit, stating, “Arab normalisation meetings without ending the Israeli occupation of Palestine are just an illusion, a mirage and a free reward for Israel”.

Yet, it is the PA that continues to follow illusions, by maintaining its insistence about the two-state compromise and pleading to the US and the international community to do the same. With such a weak, dependent entity as the PA, the US will not encounter the slightest possibility of a challenge in its foreign policy. Biden will reiterate his support for the two-state diplomacy, as he has done on countless occasions, futilely, of course, because the paradigm is obsolete. Given that the two-state paradigm furthers Israeli colonisation and should have never been considered a possibility, let alone “the only solution”, what rhetoric will the PA spin out of Biden’s regurgitated declarations made in Ramallah?