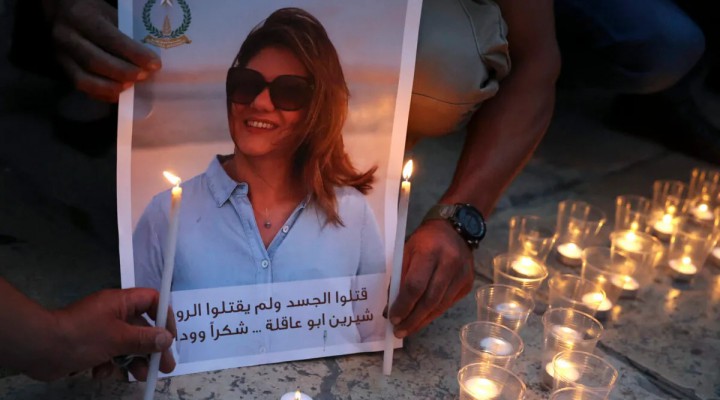 Israel’s public relations and diplomacy may be running into a few pitfalls, as US mainstream media outlet CNN explicitly called out Israel’s responsibility in the killing of Palestinian-American journalist Shireen Abu Akleh. During a recent phone conversation with US Secretary of State Antony Blinken, Israeli Foreign Minister Yair Lapid raised objections to the “biased investigation of her [Abu Akleh’s] death by the Palestinian Authority as well as the so-called ‘investigation’ by CNN.”

CNN’s recently published detailed report about Abu Akleh is particularly incriminating. “New evidence suggests Shireen Abu Akleh was killed in targeted attack by Israeli forces,” the article’s heading partly reads. A British army veteran and security consultant who was one of the analysts contacted by CNN explicitly stated: “The relatively tight grouping of the rounds indicate Shireen was intentionally targeted with aimed shots and not the victim of random or stray fire.”

“Any claim that the IDF intentionally targets journalists or those uninvolved [in terror] is a crude and blatant lie,” Israeli Defence Minister Benny Gantz stated with regard to Abu Akleh’s murder.

Israel’s publicised targeted killings have been mostly related to Palestinian leaders of resistance organisations. Earlier this month, Israeli media reported that targeted assassinations of Hamas leaders were once again on the agenda. The only cautiousness exhibited was to avoid targeting Hamas leaders living in Gaza or the Occupied West Bank, with the focus being on resistance leaders living abroad.

However, while the targeted killings of Palestinian resistance leaders have garnered more prominence in mainstream media, also due to such killings taking place globally, Israel’s policy encompasses more than Palestinians involved in anti-colonial resistance. All Palestinians are targets for Israeli forces. The intent to kill Palestinians, as has been seen on countless occasions and most prominently during the Great Return March, not to mention the deliberate targeting of civilian homes in Gaza, wiping out entire families including children, is less discussed in terms of targeted killing and generalised into collateral damage.

CNN’s direct reference to Israel’s targeted killing should become a mainstream reference. Israel has normalised the deliberate targeting of Palestinian civilians, yet mainstream media has for the most part, adopted Israel’s security narrative in disseminating the news. There are no repercussions for Israel if targeted killings are merely referred to as deaths.

A deliberate strategy to call Israel’s violations by the proper terminology makes all the difference. It counters Israeli officials’ denials of targeted killings while exposing the Israeli government’s shoot to kill policy towards Palestinians. Increased reference to Israeli war crimes is a beginning, yet the mention of Israel’s murderous policy within the historical and current colonial context are equally necessary to portray the violence inherent in Israel’s alleged security narrative.