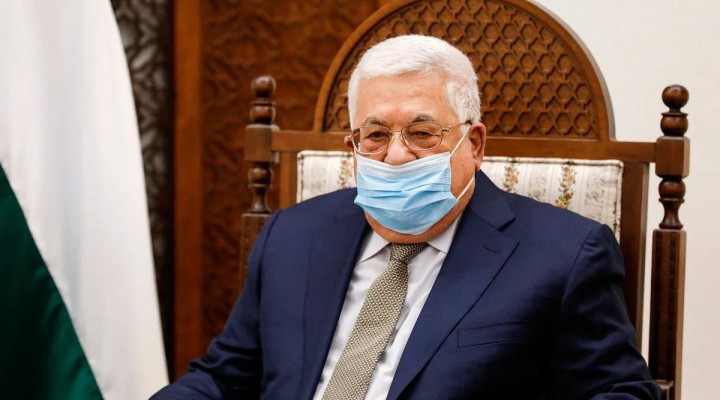 Out of hundreds of UN Resolutions on Palestine, Palestinian Authority leader, Mahmoud Abbas, has recently said he only wants one resolution implemented, digging a deeper hole for himself in terms of leadership. “We want the international community to implement only one of them, which was adopted during 74 years. This is what I told the American envoys who visited me. I told them that I want to see implemented one decision that you choose, and I will be happy with that.”

Abbas uttered his statements during the signing of a financial agreement of €224 million between the European Union and Palestine, after noting that the EU “recognises the vision of the two-state solution on the 1967 borders, and it recognises Israel, and we hope that it recognises the State of Palestine because that helps push the peace process forward.” Even though Abbas knows full well that the two-state compromise is defunct, and that Israel is adamantly rejecting any diplomatic negotiations.

The PA’s official news agency, Wafa, quoted Abbas’s statements. If this was an exercise aimed at portraying Abbas’s leadership skills, the attempt failed spectacularly. After decades of loss as a result of the international community’s support of Israel’s colonisation process, Abbas merely begged for less than what Palestinians deserved. The implementation of a non-binding resolution of the international community’s choice does not even begin to address the loss which Palestinians have endured as a result of the UN’s pro-colonial bias. Particularly when UN resolutions do not address the importance of decolonisation.

Of all resolutions, Abbas mentioned the 1947 Partition Plan – the root of the current territorial loss which allocated less land to the indigenous Palestinian population than it did to the Zionist colonisers. Abbas, however, refuses to make the connection between UN resolutions and colonisation. Adopting the narrative disseminated by diplomats, as the PA has interminably done, only resulted in further loss of the Palestinian people’s political rights.

Now, Abbas is stating he will be satisfied if the international community implements a resolution of their choosing, without considering that the international community’s designations on Palestine, including the way it has compartmentalised Israel’s colonial violence into manageable and isolated human rights violations, is one major reason why Israeli impunity is so powerful.

That Palestinians’ rights have been decided by the international community under the guise of human rights is already an abomination that stifles the Palestinian narrative, history and political demands. To have a Palestinian leader who is overtly begging the international community for less than what Palestinians have a right to, is so demeaning, so abominable, it is no wonder that Abbas and the PA are more reminiscent of a pitiful elite that tries to mask its political failures, even though the PA was created for this role. Palestinians deserve so much better than decades of dangerous gimmicks which the PA has played along with. Resolutions on Palestine will not be implemented, in which case, how much lower will Abbas stoop in pretending to achieve a shard of diplomatic success?

Abbas's spectacle of begging for less

0 thoughts on “Abbas’s spectacle of begging for less”