HOME / WORLD / Whither Afghanistan? Getting Out Is Harder Than Getting In 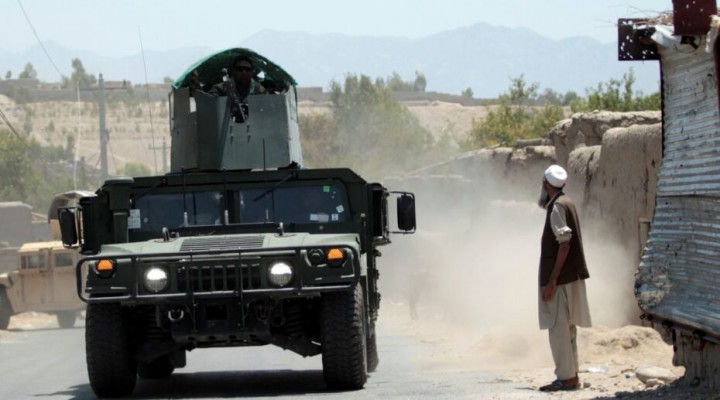 Given the lack of any deep thinking going on in the White House, Americans could easily find themselves in yet another Afghanistan.

The inability of the United States to comprehend what it was becoming involved in when, in the wake of 9/11, it declared a Global War on Terror, has to be reckoned one of the singular failures of national security policy over the past twenty years. Not only did the wars in Afghanistan and Iraq make bad situations worse, but the fact that no one is Washington was able to define “victory” and think in terms of an exit strategy has meant that the wars and instability are still with us. In their wake has been hundreds of thousands of deaths and trillions of dollars spent to accomplish absolutely nothing.

As a result, Iraq is unstable and leans more heavily towards America’s adversary Iran than it does to Washington. The Iraqi Parliament has, in fact, asked U.S. forces to leave the country, a request that has been ignored both by Donald Trump and Joe Biden. Trump actually threatened to freeze Iraqi bank assets to pressure the Iraqis into accepting the continued U.S. occupation. At the same time, American troops illegally present in neighboring Syria, continue to occupy that country’s oil fields to deprive the government in Damascus of much needed resources. Neither Iraq nor Syria threatens the United States in any way.

Given that history, it should be no surprise that the withdrawal from the twenty year-long nation building project in Afghanistan, long overdue, is not quite going as smoothly as the Pentagon and White House apparently planned. U.S. forces pulled out of their principal base in the country, Bagram Air Base, in the middle of the night without informing the incoming Afghan base commander. A frenzy of looting of the left behind equipment followed.

The Taliban are racking up victory after victory against U.S. and NATO trained Afghan government forces who have the disadvantage of having to defend everywhere, making them vulnerable to attacks on an opportunity basis. The Taliban now plausibly claim to control 85% of the countryside, to include crossing points into Pakistan and several important towns and provinces. They recently shocked observers by executing 22 Afghan Army commandos who had run out of ammunition and surrendered. The U.S. government is quietly expecting a similar fate for the thousands of Afghans who collaborated with the regime installed by Washington and is hurriedly arranging for visas to get the most vulnerable out, eventually seeking to resettle them in friendly Middle Eastern countries as well as in the U.S..

By one estimate as many as 18,000 Afghans worked for U.S. forces and they also have families that will have to go with them. There is particular concern that former interpreters, who would have been privy to decision making by Washington, will be most particularly targeted. The Biden White House has responded finally to the urgency of the issue – lives are at stake – by approving special flights to remove the most vulnerable to a third country for processing before determining if they can be allowed to take up residence in the United States or elsewhere.

To be sure, the struggle to rid the world of the wrong kind of terrorists has left the United States weaker and more unfocused than it was in 2001. China, Russia and Iran are already maneuvering to fill the impending power vacuum in Central Asia by coming to terms with the likely Taliban takeover, which might come sooner that Joe Biden expects. If some kind of Afghan coalition government does emerge, it will belong to Russia and China, not the U.S..

Meanwhile, the U.S. military itself, under the Biden Administration, is weaker and more riven by controversy than ever before. A recent 23-page report suggests that since Defense Secretary Lloyd Austin’s February order to “stand down” the entire U.S. military for commanders to address “extremism” in its ranks morale has sunk and many top soldiers have either retired or quit in disgust. During his confirmation hearings, Austin pledged that he would “rid our ranks of racists and extremists” but the reality is quite different, with the witch hunt in the ranks and endless promotion of diversity even hurting normal military readiness training.

By next month the U.S. military presence in Afghanistan will be reduced to a battalion of infantry to guard the Embassy and CIA station in Kabul, which is itself not sustainable unless some kind of workable Afghan government coalition can be achieved. Given the recent Taliban successes, that outcome appears to be increasingly unlikely. Maintaining the Embassy will also require a viable lifeline to the city’s airport and talks are underway with Turkey to determine if Ankara will be willing to base a stay behind battalion to maintain the air link. The Taliban have already announced that a Turkish presence at the airport will be unacceptable and warned Turkey that there would be revenge attacks against any remaining NATO troops after the U.S. pulls out. Their spokesman issued a statement declaring that “The continuation of Turkey’s occupation will provoke feelings of hatred and enmity in our country towards Turkish officials, and will harm bilateral relations.”

The U.S. is also seeking an over the horizon offensive capability once the military has formally left Afghanistan. The intention would be to be able to strike targets in Afghanistan if a new government forms any alliances with terrorist groups that potentially threaten the United States, as unlikely as that might be. At the present time, there are few options as the U.S. would not be able to launch cruise missile or airstrikes through the neighboring countries that surround Afghanistan to the south, east and west, though a long-distance strike from warships in the Persian Gulf is technically possible.

To the north there are, however, former Soviet central Asian states, the so-called “‘Stans,” that might be suitable for hosting some arrangement to base American equipment, aircraft and a caretaker force. Tajikistan, Kazakhstan, or Uzbekistan might be amenable to such a development, but both Tajikistan and Kazakhstan are members of the Russian-led Collective Security Treaty Organization (CSTO). On Monday, Russian Foreign Minister Sergey Lavrov said that any U.S. presence in a CSTO country would need the approval of the alliance, which the Kremlin will veto. One might suggest that there is mistrust about the reliability of Joe Biden and company as a strategic partner, even though there is widespread concern that Afghanistan might become a rogue state. Nevertheless, Washington’s bullying in Iraq, Syria and also against Iran has failed to convince anyone that the U.S. Air Force would make a good neighbor.

So getting out of Afghanistan will be a lot trickier than going in. The U.S. clearly wants to have some ability to intervene using air resources if the Taliban take over and misbehave, but that just might be a fantasy as the door is closing on options while China is waiting for its own door to open to bring the Afghans into their New Silk Road. And there is no escaping the fact that the entire Afghan adventure was one hell of a waste of lives and resources. Next time, maybe Washington will hesitate to charge in, but given the lack of any deep thinking going on in the White House, I suspect we Americans could easily find ourselves in yet another Afghanistan.

0 thoughts on “Whither Afghanistan? Getting Out Is Harder Than Getting In”