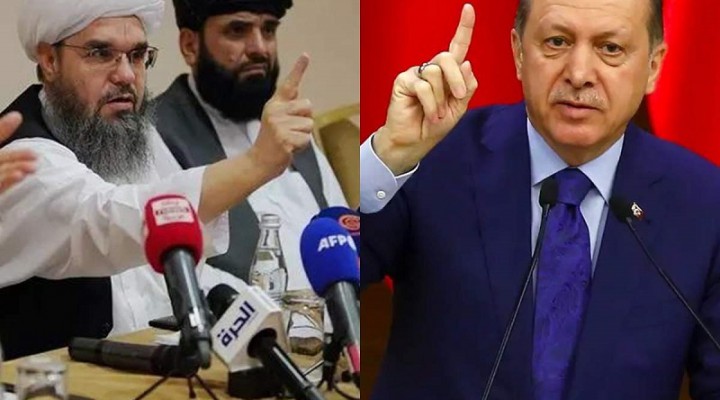 Ties between Turkey and the Taliban are strained after the NATO member publicly contemplated keeping its military forces in Afghanistan in order to guard Kabul airport, with tensions only worsening after President Erdogan then criticized the group for allegedly not behaving as proper Muslims as well as “occupying” parts of their homeland.

Few could have predicted the deterioration of Turkish-Taliban ties since many assumed that these two would be natural ideological allies after the US’ full military withdrawal from Afghanistan by 31 August, but the emerging reality is rapidly subverting expectations. The first sign of trouble was Turkey publicly contemplating keeping its military forces in the country in order to guard Kabul airport, which elicited strong condemnation from the Taliban. Then President Erdogan recently criticized the group for allegedly not behaving as proper Muslims as well as “occupying” parts of their homeland. In the same speech, though, he expressed hope that forthcoming talks with the Taliban can result in some sort of pragmatic understanding between them, especially with respect to Turkey’s plans to guard Kabul airport. It’s unclear where all this will lead, but a few takeaways can still be discerned and potentially followed up on as the bases for forthcoming analyses:

* The Turkish & Taliban Models Of Political Islam Are Different

Many non-Muslim observers regard President Erdogan as the patron of practically all political Islamic movements in the so-called “Greater Middle East” (North Africa-West Asia-Central Asia), but the Turkish-Taliban tiff shows that these two actually practice different models and that Turkey doesn’t patronize the Taliban at all.

Those who suspect President Erdogan of attempting to become a so-called “sultan” probably felt vindicated after he publicly judged the Taliban’s piety by saying that “[their] approach right now is not how a Muslim behaves with another Muslim.”

* President Erdogan Is Hypocritical For Accusing The Taliban Of “Occupying” Afghanistan

It was the height of hypocrisy for President Erdogan to accuse the Taliban of “occupying” their homeland of Afghanistan when his own country supports foreign militants that continue to occupy parts of Northern Syria to this day.

Whether it was his intent or not, President Erdogan definitely disrespected the Taliban by his latest comments, which called into question their commitment to Islamic values and even their role in the same homeland that they’ve lived in all their lives.

Although Afghanistan in itself has a strategic value to Turkey, President Erdogan’s latest tiff with the Taliban seems to be part of his country’s balancing act between East and West whereby he’s trying to court attention in the Central Asian-South Asian space at any cost simultaneously with not getting on the US’ bad side.

Pursuant to its presumed balancing intentions, Turkey might not want to guard Kabul airport just for the sake of it, but in order to facilitate the US and perhaps others’ clandestine military support of Kabul and local anti-Taliban forces.

Any speculative Turkish proxy support for anti-Taliban forces, whether indirectly facilitated through its guarding of Kabul airport or directly provided via Ankara-backed foreign fighters following the Syrian and Libyan scenarios, would perpetuate the Afghan Civil War and destabilize the Central Asian-South Asian space.

Turkey and Pakistan are close allies, but Islamabad might still be privately concerned by continued Turkish-Taliban tensions, especially if Ankara participates in a proxy war against the group which would by default advance Indian strategic goals in Afghanistan even if President Erdogan has no such conscious intentions.

Pakistan is Turkey’s and the Taliban’s mutual trusted partner and therefore in the best position to facilitate talks between them aimed at de-escalating the unexpected tensions that Ankara provoked in their bilateral relations so as to prevent them from spiraling out of control and being exploited by third parties like the US and India.

Turkey’s plans to guard Kabul airport, which were what provoked its problems with the Taliban, are predicated on a geopolitical perspective to the country’s interests in Afghanistan which must be replaced with a geo-economic one that prioritizes reviving the Lapis Lazuli Corridor instead.