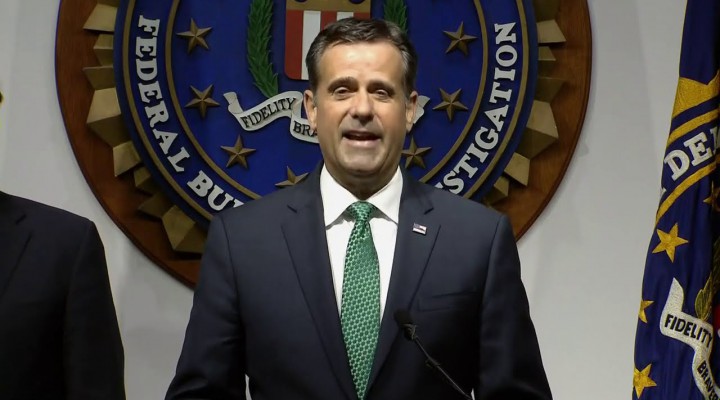 Another story that is more fiction than fact

Those who have been waiting for the elusive October Surprise that will upset the apple cart on election day are admittedly running out of time. The media’s unwillingness to even consider that the antics of Hunter Biden just might constitute an embarrassment of major proportions or even something worse has done much to kill that story. And the old tried and true expedient of starting a little war somewhere is also proving to be a false hope as no one appears ready to provoke the righteously wrathful Secretary of State Mike Pompeo by ponying up a casus belli. Maybe there is still time for a false flag operation, but even that would require more prior planning than the White House appears capable of.

There is, however, one area that might just be exploitable to create a crisis, though it much depends on whether a tired public is willing to go one more round over the issue of “foreign election interference.” And yes, the Russians are presumed to be involved, on this occasion, as they always are, joined by the ever-vengeful Iranians.

On Wednesday Director of National Intelligence, John Ratcliffe held a news conference at which he laid out details of the most recent dastardly plot against American democracy. He described how Iran and Russia both obtained American voter registration data, apparently through publicly accessible databases and through purchases of email lists. Though no actual votes have been altered, they are using that information “to influence the presidential election as it enters its final two weeks.” Ratcliffe elaborated how “This data can be used by foreign actors to attempt to communicate false information to registered voters that they hope will cause confusion, sow chaos and undermine…confidence in American democracy.”

Ratcliffe focused mostly on Iran, saying that it had been identified as the source of what he described as a claimed 1,500 “spoofed emails” routed through Estonia that “seek to intimidate voters, incite social unrest, and damage President Trump.” Iran was also blamed for other material, to include a video encouraging the casting of illegal ballots both domestically and overseas. Additional intelligence suggests that Iran is planning to take more steps to influence the election in the coming days, though what those measures could possibly be was not revealed.

Other government sources elaborated, indicating that Iranian intelligence has been credited with the sending of the email messages going out to Democratic voters in four states, including hotly disputed Pennsylvania and Florida. The emails falsely claimed to be from the alleged far-right group Proud Boys which has been much in the news.  Their message was that “we will come after you” if the recipients fail to vote for Donald Trump.

It doesn’t take much to realize that threatening messages relating to voting for Trump allegedly coming from a source described as “racist” would undoubtedly motivate most registered Democratic voters to do the opposite, but that seems to have escaped the analysts of the Directorate of National Intelligence. And one must also ask why Tehran would want the re-election of a president who has been unremittingly hostile, including imposing crippling sanctions, withdrawing from a beneficial nuclear agreement, and assassinating a leading Revolutionary Guards general. Even U.S. Senate minority leader Chuck Schumer appears to have figured that one out, saying “It was clear to me that the intent of Iran in this case and Russia in many more cases is to basically undermine confidence in our elections. This action I do not believe was aimed… at discrediting President Trump.”

The anti-Trump New York Times has, of course, another, more sinister interpretation, suggesting that “…it may also play into President Trump’s hands. For weeks, he has argued, without evidence, that the vote on Nov. 3 will be ‘rigged,’ that mail-in ballots will lead to widespread fraud and that the only way he can be defeated is if his opponents cheat. Now, on the eve of the final debate, he has evidence of foreign influence campaigns designed to hurt his re-election chances, even if they did not affect the voting infrastructure.”

The Times also notes a broader conspiracy by the dreadful Persians, explaining how “Iran has tinkered at the edges of American election interference since 2012, but always as a minor actor. Last year, it stepped up its game, private cybersecurity firms have warned. They have caught Iranian operatives occasionally impersonating politicians and journalists around the world, often to spread narratives that are aimed at denigrating Israel or Saudi Arabia, its two major adversaries in the Middle East.” Again, however, the article provides no explanation of what Iran could possibly hope to gain from the minimal “tinkering” it might be able to engage in an American election in which billions of dollars will be spent by Democrats and Republicans who are viciously attacking each other without any outside help.

Ratcliffe had less to say about Russia but U.S. media coverage of the story included a referral to a recent account of how the U.S. military’s Cyber Command helped take down a network developed by Russian hackers called TrickBot that had been used in ransomware attacks directed against companies as well as cities and towns across the United States. It also reported how “In recent days, another Russian hacking group called Energetic Bear, often linked to the F.S.B. — one of the successors to the Soviet Union’s K.G.B. — appears to have focused its attention on gaining access to state and local government networks. That has caught the attention of federal investigators because, until now, the group had largely targeted energy firms, including public utilities.”

There was, however, no evidence that either hacking group was being directed against voter systems, so Russia’s inclusion in the front-page Times story headlined “Iran and Russia Seek to Influence Election in Final Days, U.S. Officials Warn” has to be considered questionable editorial judgment. Perhaps scaremongering would be a better description. In any event, the story itself is much ado about nothing. Iran’s sending out 1,500 emails if that actually occurred, would have zero impact. Likewise, the claimed existence of alleged Russian hacking groups that have done nothing directed against voters or balloting systems with only a few days left until the election would appear to be an electoral tactic rather than exposure of any genuine threat. One might even describe it as a bit of deliberate disinformation.

0 thoughts on “Iran Seeks to Confuse the United States?”