HOME / WORLD / Corporate Fluffers: Notes From The Edge Of The Narrative Matrix 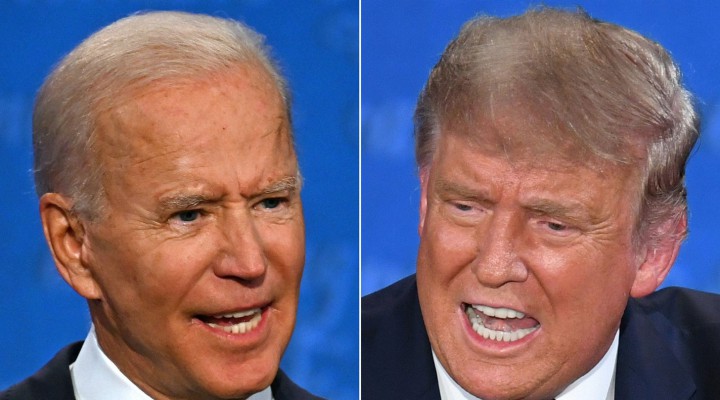 Still can’t get over how half of America is engaged in a giant live action role-playing game where they all pretend a dried up corporate fluffer with a small piece of functioning brain matter is a good person who they like.

Things you will eliminate by getting rid of Trump:

Things you will not eliminate by getting rid of Trump:

Do you not think it odd that the single most important civic duty you’re told you’ll ever perform is always a vote for more war, more oligarchy, more authoritarianism, more ecocide, more exploitation and more plutocratic theft?

For Democrats the Trump administration has been like sex: intense, hot, passionate.

Biden’s election will be like the part when the guy ejaculates.

The Biden administration will be like the part when the guy rolls over, steals all the blankets and falls asleep without satisfying her.

Stop bitching at American leftists who won’t vote for Biden. They’re doing a job that somebody’s got to do while you’re all deep-throating delusions about moving Biden to the left.

Trump would be polling much higher if he’d actually taken steps to fight the establishment instead of just tweeting about it.

Most of my tweets during the Biden administration are just going to be news stories about the US government doing something fascistic with the caption “Boy it sure is good they decided to vote out fascism.”

I’m getting more and more brainwashed Trumpists in my comments saying Biden is owned by China, and it strongly reminds me of the dull roar that went on to become the shrieking fever pitch of liberal Russia hysteria that was used to help roll out pre existing cold war agendas.

The same opaque government agencies that were able to engineer cold war escalations against Russia using Russiagate are taking similar steps to assure they’ll get escalations against Iran and China if Biden wins. No matter who wins, their slow-motion third world war continues.

Liberals are just rightists who understand how to market rightist policies.

If news media actually reported the news truthfully and in proportion to its actual importance, Russiagate would never have happened, everyone would be aware of the rapidly escalating danger of dying by nuclear war, and Trump would be asked about Yemen in every press conference.

You can have anxiety without being poor but you can’t be poor without anxiety. If you want to solve the mental health crisis, start by making sure people have enough money to function.

The establishment pushes censorship for the same reason cult leaders and abusive partners work to isolate their victims: they don’t want people sharing ideas and information with each other about their abuser, because that can lead to their escaping from the abuse.

I hate it when people decide I’m part of their political faction because it just means they’re going to be freaking out and calling me a traitor in a few months when I fail to fall in line with their faction’s groupthink on some issue or another.

Those who’ve done no serious inner work and never made real changes to themselves think it’s impossible for humanity to change.

Those who’ve done real inner work and transformed themselves know there’s no good reason humanity as a whole can’t do the same.

0 thoughts on “Corporate Fluffers: Notes From The Edge Of The Narrative Matrix”