HOME / WORLD / A Split In Relations Between Turkey And The US 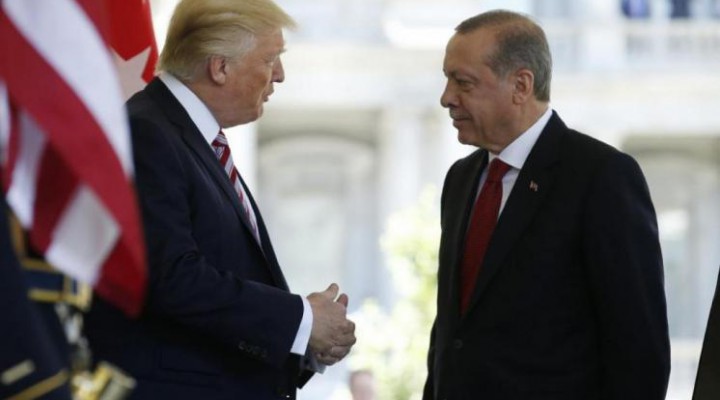 After the US imposed new sanctions on Turkey for carrying out a military operation in the Kurdish territories in Syria, the divergence of interests between Ankara and Washington reached a new level. To paraphrase former Turkish Foreign Minister Ahmet Davutoğlu’s concept of “strategic depth”, one could ask: what is the strategic depth of the misunderstanding, recriminations, threats, blackmail and subsequent activities between the US and Turkey?

Obviously, what is happening is related to a number of objective factors and changing circumstances in the region. Traditionally, Washington has adhered to the concept of maintaining significant influence in the Middle East (the Carter Doctrine) owing to the need to counteract Soviet influence during the Cold War, and then to indirectly control the flow of energy resources and fulfil its obligations to allies and partners in a number of ongoing and frozen conflicts.

The US also fears the emergence of a dominant force in the region, so Washington regards any attempts by regional powers to change the status quo or create alternative alliances as a challenge to its interests.

In addition, Russia’s new role in the Middle East, and especially in Syria, and the growth of China’s military and economic might are defined in America’s latest defence and national security doctrines as threats.

It should also be noted that personal qualities play a role in relations at the highest political level and their extrapolation to domestic policies and decision-making institutions. The leaders of Turkey and the US are emotional and ambitious, which affects bilateral diplomacy. Generally speaking, one can note a number of key factors that make relations more tense between the two countries, while their combination or additional elements arouse opposition to US policies within Turkey:

– the influence of the Arab Spring and the events of Taksim Square;

– the role of preacher Fethullah Gülen in undermining the Turkish state;

– the diversification of Turkey’s defence policy (including the purchase of Russian weapons);

– Turkey’s involvement in the Syrian conflict; and

Over time, the mass protests that began in the Middle East in 2011 touched Turkey. Since the government repeatedly used force against the protesters and introduced censorship, including of social media, it was perceived in the US and the EU as the suppression of democracy and a move towards a dictatorship. During the visits of high-ranking Turkish delegations to Washington, they have repeatedly been met by political opponents. Lobbying forces within the US associated with Kurds and Armenians have used the situation to criticise Turkey (including demands for the Armenian genocide to be recognised).

During the protests, Fethullah Gülen split with the government once and for all regarding the country’s future statehood. Later, in 2016, he was accused of planning and organising the coup. Ankara demanded Gülen’s extradition, for which a special group of security officials and bureaucrats was sent to the US, but the request was not granted. Although all of Gülen’s organisations were banned within Turkey and those who openly supported him were arrested and sentenced to various terms of imprisonment, Gülen continues with his work and is in contact with his Turkish followers. His educational institutions are still operating in a number of countries despite Turkey’s request for them to be closed. For many years, Turkey has consistently defended the interests of Palestinians. Although this position is greeted with misgivings by the Palestinians (and the Arab world), Recep Erdoğan’s anti-Israel rhetoric is taken into account in the West. Given Donald Trump’s pro-Israel position, the Turkish government’s pro-Palestinian one is yet another barrier to a rapprochement with the West and is provocative.

Following the attempted uprising in 2016, a number of Turkish media outlets published evidence of links between the conspirators and US diplomats.

At the same time, the dissemination of information that details of an impending assassination attempt on Erdoğan were handed over by Russia just in time increased the trust of the Turkish people (those who support the Justice and Development Party, at any rate) in Russia.

The Turkish government’s decision to purchase Russian S-400 surface-to-air missile systems received an extremely negative response from NATO and the US. There were criticisms and attempts at outright blackmail, but they did not affect the deal. As a result, NATO and US leaders raised concerns. Shortly after, Turkey also showed an interest in Western weapons and technology. The focus of discussions was the possible refusal of the US to supply F-35 multirole fighter aircraft to Turkey, and the Turkish defence industry losing orders for components required by NATO countries.

Since the West expected to intervene in the provoked conflict in Syria following its own script, Turkey’s aggressive solo actions made it clear to the West that this actor is too unpredictable to count on for loyalty and mutual trust (which the West does not have). At the same time, the large influx of migrants through Turkey complicated the socio-political situation in a number of EU countries and some of these took a consolidated anti-Turkish position on the refugee issue.

The role of Russia and Iran in normalising the Syrian crisis alongside Turkey (the Astana format) made it possible to talk about a new approach to solving regional security issues that did not involve the West.

The Kurdish issue has a long history in anti-Turkish activities, from lobbying bills in Europe and the US to directly assisting Kurdish military units. An important factor is that Turkey, on the one hand, and the US/EU, on the other, have different views regarding the Kurdistan Workers’ Party (PKK), the People’s Protection Units (YPG), and the Syrian Democratic Forces (SDF). Second, the Kurdish issue is also regarded in the West as a humanitarian crisis for which Turkey is partly to blame.

The additional elements mentioned earlier could include:

– Turkey’s declared interest in participating in the EAEU and the SCO; and

– competing interests in the countries of Africa and Central Asia.

If we consider the economic indicators that are important for geopolitical analysis and the prediction of future actions, then Turkey will reduce its US imports. While the bulk of the growth is accounted for by Iraq (more than 400%) and Russia is a leader among Turkey’s main partners (30% increase), the share of US imports fell by more than 10% (Italy and South Korea show similar figures for August 2019). The situation is more stable with the EU: for the last few years, Turkey has been the EU’s fifth largest trading partner, both in exports and imports. Besides Russia, the main suppliers of goods to Turkey include India, Iran and China, i.e. non-NATO countries.

This suggests that if relations between the US and Turkey were to rupture even further, Turkey would be able to provide itself with the necessary goods and services.

Relations with the EU, on the other hand, remain pragmatic. The EU-Turkey Customs Union Joint Committee meets regularly (the most recent meeting took place in July 2019).

A rather paradoxical situation is developing with regards to Turkey’s membership of NATO. While the political forces in Turkey represented by the secular Kemalists are in favour of withdrawing from NATO because they think the alliance is old fashioned and does not meet the modern realities and challenges being faced by Turkey, the country’s moderate conservatives believe that Turkey needs NATO membership to guarantee its protection from the West.

Turkey believes that a change in the geopolitical situation, as well as the current problems in the Middle East, could give the West, represented by NATO, justification for a humanitarian intervention. But Turkey’s presence in the alliance automatically blocks such a possibility.

US military aggression against Iraq in 2003 (when Turkey negotiated favourably with the US on the eve of the operation, but then changed its attitude towards Washington’s strategy in Iraq because of the Kurds), NATO aggression against Libya, and events in Syria have all shown that the West, represented by the US and NATO, pursues a policy of double standards when it comes to Muslim countries, ostracises countries’ leaders, and regards Turkey as a potential target for future aggression (the attempted coup in July 2016 is part of this narrative). Although Turkey does not have energy resources like Libya and Iraq, its strategic position is important, and the rising conservatism among EU and US citizens is regarded as a manifestation of Islamic fundamentalism.

In addition, European NATO members regularly put pressure on the Turkish government and demand that certain domestic and foreign policies be revised.

Another serious factor affecting relations is the support given to Kurdish organisations (which Turkey lists as terrorist organisations) by a number of European NATO members. Turkey considered demands by France, Great Britain and Germany to cease operations in the Kurdish territories in Syria to be yet another diplomatic intervention and the indirect support of terrorist organisations. So what can be expected in the future?

There are a few possible scenarios that depend on US and NATO interference in the region’s affairs.