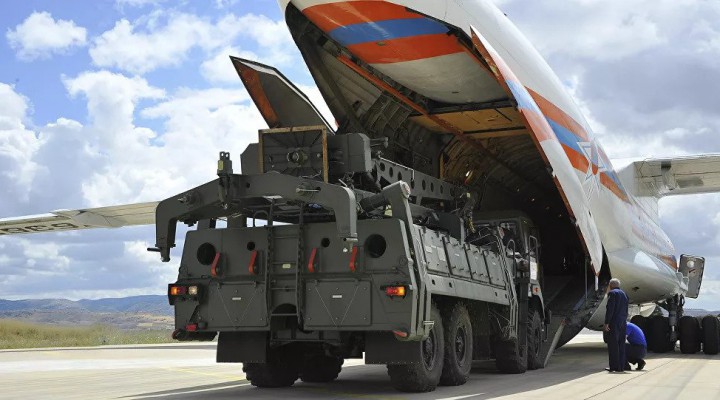 The furious reaction in Washington to Turkey’s receipt of the Russian S-400 air defence system is motivated by several factors – all of which spell a heavy blow to US strategic interests.

After two years of American bullying and threats, Turkey has finally gone ahead and taken delivery of the S-400 system this week. The stunned reaction in Washington reflects disbelief that Ankara would shrug off US threats of sanctions over the contract with Russia, first signed in 2017.

So, first off, that is a blow to America’s prestige and presumed power to make lesser nations buckle under its domineering demands. Despite lots of huffing and puffing from Washington, Turkey has ignored the US dictates to cancel the Russian air defence purchase.

The way is now open for other countries to follow Turkey’s lead in ordering the Russian defence system. S-400 deals are reportedly being lined up for India and others who will be encouraged by Turkey’s defiance of Washington’s reproaches.

Another factor is the huge long-term commercial loss for the Pentagon and the US military-industrial complex.

President Trump confirmed this week that the US would not be selling Turkey over 100 units of the stealth F-35 fighter jet as a result of the S-400 deal.

Turkey had orders for the advanced American fighter jet which have now been cancelled by Washington as a “penalty” for purchasing the S-400. At a sale price of around $100 million for each jet, that amounts to upwards of $10 billion in lost revenue for manufacturer Lockheed Martin.

In announcing the cancellation of F-35s to Turkey, Trump bemoaned the loss of American business and jobs.

The Pentagon is concerned by the potential operation of F-35s in the vicinity of the S-400 because the latter could uncover weaknesses in the aircraft’s performance.

It has long been suspected by independent aviation experts that the American F-35 is over-rated and vastly over-priced. One jet costs twice as much as an F-16 to buy – yet the supposed “latest generation” fighter jet has been dogged with technical problems and doubts over its performance.

Ironically, being “cut out of the F-35 program” may not actually be a “penalty” against Turkey. Ankara might even save itself a lot of wasted expenditure.

Furthermore, if other nations follow suit and likewise buy Russia’s S-400, then the US will be compelled, in turn, to cancel more potential orders for the F-35. Given that the development cost for the aircraft is estimated to run into trillions of dollars, the prospect of dwindling sales to other countries is a gloomy one, if not financially disastrous for the US federal government and Pentagon contractors.

And that’s all because of countries buying Russia’s S-400. Also because US geopolitical belligerence towards Russia has painted itself into a legal corner. US legislation known as ‘Countering America’s Adversaries Through Sanctions Act’ (CAATSA) is aimed at demonising Russia. It makes it mandatory for the US to wield sanctions on any other nation that does business with Russia, such as Turkey purchasing the S-400, or anyone else. That’s why the F-35 program has been cancelled, by legal necessity. In other words, the US in its irrational Russophobia has ended up tying itself up in knots and shooting itself in the foot with potentially crippling financial losses.

There’s another strategic factor why Washington is reacting furiously to Turkey’s S-400 contract.

Turkey is the second-largest military force in the US-led NATO alliance. For Ankara to solidify this massive defence deal with Russia that move totally undermines all the Washington and transatlantic propaganda which seeks to portray Russia as an existential threat to the US and Europe. The real, unstated, purpose of NATO is to prolong the Cold War demonization of Moscow as some kind of “malign power”. If NATO member Turkey trusts Russia to provide it with air defences, then the whole NATO charade of demonising Moscow collapses.

A concomitant strategic function of NATO is to provide the American military-industrial complex with a captive market for trillion-dollar sales of missile-defence systems and warplanes. That captive market relies totally on the false premise that Russia is an enemy which US allies need to be protected from – with expensive American weaponry.

The best-kept secret is that American missile-defence systems are inferior to Russia’s S-400. Even Western defence experts have admitted that the S-400 is the best “all-round” system that out-performs the American-made Patriot or Terminal High Altitude Area Defense (THAAD). The Russian air-defence technology is not only more economical than US counterparts, it beats both of them in every domain of aircraft and missile targeting, altitude, speed, and detection range.

The purchase of the S-400 by Turkey will further expose the inferior and over-priced US air-defence systems because more countries will have an opportunity to make comparative assessments with the S-400.

Then it may become more widely realized that the real “enemy” is not Russia. It is American militarism and its parasitical practice of flogging exorbitant weaponry based on duping customers with scaremongering about Russia. That’s the ultimate shoot-down.