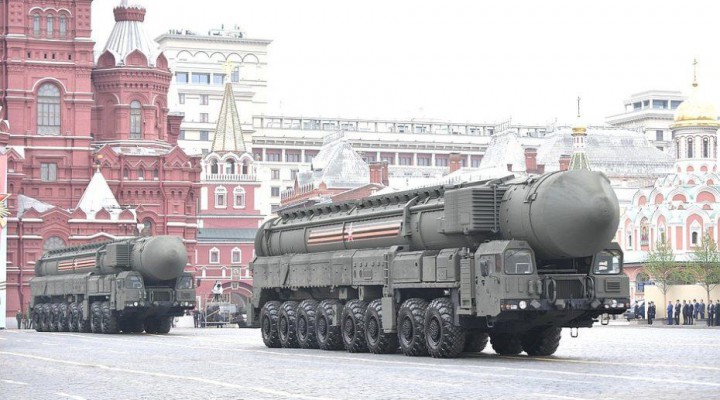 Generally, when discussing air-defense systems here, we are referring to Russian devices that have become famous in recent years, in particular the S-300 (and its variants) and the S-400. Their deployment in Syria has slowed down the ability of such advanced air forces as those of the United States and Israel to target the country, increasing as it does the embarrassing possibility of having their fourth- or fifth-generation fighters shot down.

As clashes between countries in such global hot spots as the Middle East increase and intensify, Hollywood’s propaganda will increasingly struggle to convince the rest of the world of the continued efficacy and superiority of US weapons systems in the face of their unfolding shortcomings.

The US finds itself faced with a situation it has not found itself in over the last 50 years, namely, an environment where it does not expect to automatically enjoy air superiority. Whatever semblance of an air defense that may have hitherto been able to pose any conceivable threat to Uncle Sam’s war machine was rudely dismissed by a wave of cruise missiles. To give two prime examples that occurred in Syria in 2018, latest-generation missiles were intercepted and shot down by decades-old Russian and Syrian systems. While the S-400 system has never been employed in Syria, it is noteworthy that the Serbian S-125 systems succeeded in identifying and shooting down an American F-117 stealth aircraft during the war in the Balkans.

There is a more secret aspect of the S-400 that is little disclosed, either within Russia itself or without. It concerns the S-400’s ability to collect data through its radar systems. It is worth noting Department of Defense spokesman Eric Pahon’s alarm over Turkey’s planned purchase of the S-400:

“We have been clear that purchasing the S-400 would create an unacceptable risk because its radar system could provide the Russian military sensitive information on the F-35. Those concerns cannot be mitigated. The S-400 is a system built in Russia to try to shoot down aircraft like the F-35, and it is inconceivable to imagine.

Certainly, in the event of an armed conflict, the S-400’s ability to shoot down fifth-generation aircraft is a huge concern for the United States and her allies who have invested so heavily in such aircraft. Similarly, a NATO country preferring Russian to American systems is cause for alarm. This is leaving aside the fact that the S-400 is spreading around the world, from China to Belarus, with dozens of countries waiting in line for the ability to seal their skies from the benevolent bombs of freedom. It is an excellent stick with which to keep a prowling Washington at bay.

But these concerns are nothing when compared to the most serious threat that the S-400 poses to the US arms industry, namely, their ability to collect data on US stealth systems.

Theoretically, the last advantage that the US maintains over her opponents is in stealth technology. The effectiveness of stealth has been debated for a long time, given that their costs may actually outweigh their purported benefits. But, reading between the lines, what emerges from US concerns over the S-400 suggests that Moscow is already capable of detecting US stealth systems by combining the radars of the S-400 with those of air-based assets, as has been the case in Syria (despite Washington’s denials).

The ability of the S-400 to collect data on both the F-35 and F-22 – the crown jewels of the US military-industrial complex – is a cause for sleepless nights for US military planners. What in particular causes them nightmares is that, for the S-400 to function in Turkey, it will have to be integrated into Turkey’s current “identification friend or foe” (IFF) systems, which in turn are part of NATO’s military tactical data-link network, known as Link 16.

This system will need to be installed on the S-400 in order to integrate it into Turkey’s defensive network, which could potentially pass information strictly reserved for the Russians that would increase the S-400’s ability to function properly in a system not designed to host such a weapon system.

The final risk is that if Turkey were to fly its F-35s near the S-400, the Link 16 system would reveal a lot of real-time information about the US stealth system. Over time, Moscow would be able to recreate the stealth profile of the F-35 and F-22, thereby making pointless Washington’s plans to spend 1.16 trillion dollars to produce 3,000 F-35s.

What must be remembered in our technological age is that once the F-35’s radar waveform has been identified, it will be possible to practice the military deception of recreating fictitious signals of the F-35 so as to mask one’s own aircraft with this shape and prevent the enemy’s IFF systems from being able to distinguish between friend or foe.

Of particular note is the active cooperation between China and Russia in air-defense systems. The S-400 in particular has already been operational in China for several years now, and it should be assumed that there would be active information sharing going on between Moscow and Beijing regarding stealth technology.

It turns out that the S-400 is a weapon system with multiple purposes that is even more lethal than previously imagined. It would therefore not be surprising that, were S-400s to be found in Cuba and Venezuela, Washington’s bellicose rhetoric against these two countries would come to an abrupt halt.

But what US military planners fear more than the S-400 embarrassing their much-vaunted F35 and F22 is the doubts they could raise about the efficacy of these stealth aircraft in the minds of allies and potential buyers. This lack of confidence would deal a mortal blow to the US arms industry, a threat far more real and devastating for them than a risk of conflict with Moscow or Beijing.