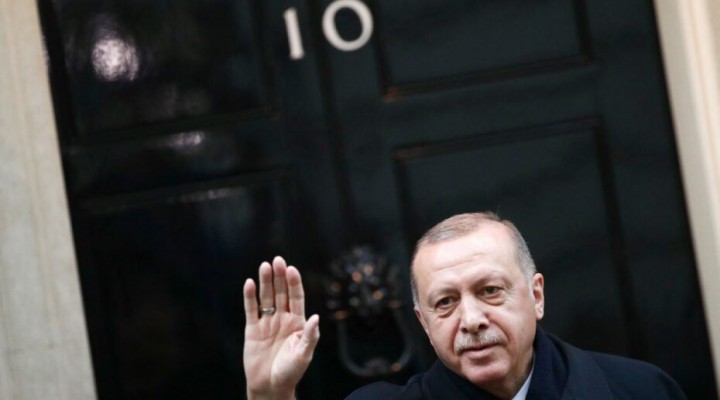 Moscow may need to seriously revise its relations with Ankara, and let Erdogan know he is treading on red lines.

Turkey’s outsize role in fueling the conflict between Armenia and Azerbaijan is becoming more apparent. That’s why a peace deal will be hard to cut and indeed the conflict may blow up further into a protracted regional war. A war that could drag Russia into battling in the Caucasus on its southern periphery against NATO proxies.

In a phone call this week with Russian President Vladimir Putin, Turkish leader Recep Tayyip Erdogan reportedly backed Moscow’s efforts at mediating a ceasefire in the disputed Nagorno-Karabakh territory between Armenia and Azerbaijan. Notwithstanding, Erdogan appeared to deliver an ultimatum to his Russian counterpart. He said that there must be a “permanent solution” to the decades-long territorial dispute.

Erdogan and his Azerbaijan ally have already made it clear that the only solution acceptable to them is for Armenian separatists to relinquish their claim to Nagorno-Karabakh. Turkey and Azerbaijan – bound by common Turkic culture – have long-called the Armenian-held enclave an illegal occupation of Azerbaijani territory since a border war ended in 1994.

When hostilities flared again last month on September 27 initial reports suggested the clashes were of a haphazard nature with both sides trading blame for starting the violence. However, it has since become clear that the actions taken on the Azeri side seem to have been a planned aggression with Turkey’s full support.

Following a previous deadly clash on July 12-13 involving about a dozen casualties among Armenian and Azerbaijani forces, there then proceeded massive military exercises in Azerbaijan involving 11,000 Turkish troops beginning on July 29. For nearly two weeks into August, the maneuvers deployed artillery, warplanes and air-defense units in what was evidently a major drive by Ankara and Baku to coordinate the armies from both countries to fulfill joint operations. Furthermore, reports indicated that Turkish forces, including F-16 fighter jets, remained in Azerbaijan following the unprecedented military drills.

Alongside the drills, there was also a dramatic increase in military arms sales from Turkey to Azerbaijan. According to Turkish export figures, there was a six-fold increase in weapons deals compared with the previous year, with most of the supply being delivered in the third quarter of 2020 between July and September. The armaments included drones and rocket launchers which have featured with such devastating impact since hostilities erupted on September 27.

A third factor suggesting planned aggression was the reported transport of mercenary fighters from Syria and Libya by Turkey to fight on the Azerbaijani side. Thousands of such militants belonging to jihadist brigades under the control of Turkey had arrived in the Azeri capital Baku before hostilities broke out on September 27. The logistics involved in organizing such a large-scale deployment can only mean long-term planning.

Armenian sources also claim that Azeri authorities had begun impounding civilian vehicles weeks before the shooting war opened. They also claim that when the fire-fights erupted on September 27, Turkish media were present on the ground to give live coverage of events.

It seems indisputable therefore that Turkey and Azerbaijan had made a strategic decision to implement a “final solution” to the protracted dispute with Armenia over the Nagorno-Karabakh dispute.

That’s what makes Russian efforts at mediating a cessation to hostilities all the more fraught. After marathon talks mediated by Russian Foreign Minister Sergei Lavrov a ceasefire was introduced on October 10. However, within hours the truce unravelled with reports of resumed exchange of fire and shelling of cities on both sides. The main violations have been committed by the Azerbaijani side using advanced Turkish weaponry. Armenian leaders have complained that the Azeri side does not seem interested in pursuing peace talks.

More perplexing is the widening of the conflict. Azerbaijan air strikes since the weekend ceasefire broke down have hit sites within Armenia, extending the conflict beyond the contested enclave of Nagorno-Karabakh. Azerbaijan has also claimed that Armenian missiles have hit cities within its territory. Armenia flatly denies carrying out such strikes, which begs the question: is a third party covertly staging provocations and fomenting escalation of conflict?

What is challenging for Russia is that it has a legal obligation to defend Armenia as part of the Collective Security Treaty Organization (1992). With Armenia coming under fire, the pressure will be on Moscow to intervene militarily.

This would see Russia being embroiled in another proxy war with NATO-member Turkey. But this is not in Syria. It is the Caucasus region on Russia’s southern border. There are concerns among senior Russian military figures that such a scenario is exactly what Turkey’s Recep Erdogan is aiming for. Turkey was outplayed by Russia in the proxy war in Syria. Erdogan and NATO’s plans for regime change in Damascus were dealt a bloody nose by Russia. It seems though that conflict in the Caucasus may now be Erdogan’s revenge.

Moscow may need to seriously revise its relations with Ankara, and let Erdogan know he is treading on red lines.