HOME / Economy / China forges ahead through chaos and threats 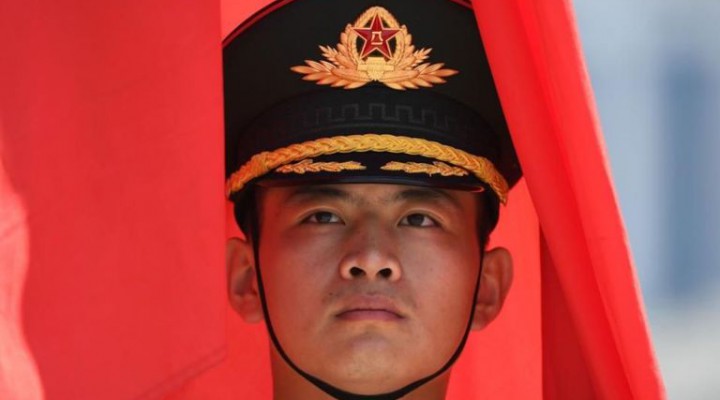 Amid the deepest economic contraction in nearly a century, President Xi Jinping had already made it very clear, last month, that China should be ready for unprecedented, relentless foreign challenges.

He was not referring only to the possible decoupling of global supply chains and the non-stop demonization of every project related to the New Silk Roads, or Belt and Road Initiative.

An allegedly leaked internal document, secret and invisible inside China, but nonetheless obtained by some obscure Western-connected source, even stated, essentially, that the blame game against China over the virus is like the backlash over Tiananmen all over again.

According to the secret, invisible document, China would have to “prepare for armed confrontation between the two global powers” – a reference to the US. It’s as if this was an aggressive strategy deployed by the Chinese state in the first place, and not in response to the massive escalation of hybrid warfare 2.0 by the United States government.

What Beijing used to define as a “period of strategic opportunity” is over. There were rumblings in intel circles that the CCP leadership believed this strategic window of opportunity would last unimpeded until the key date, 2049 – when “national rejuvenation” should have been fully accomplished.

Forget it. Now the whole game is about hybrid warfare 2.0 deployed by the US to contain the emerging superpower, whatever it takes. And that implies that a plethora of Chinese plans are now being turbo-charged.

The first order of business is to restore the productivity of the Made in China machine. During his recent visit to Shaanxi province, historically crucial for the CCP, President Xi insisted on it, coupled with an anti-poverty offensive. He had promised to eliminate poverty this year.

Significantly, and contrary to all Western forecasts, China’s exports grew 3.5% in April, compared with a fall of 6.6% in March. This totally shatters the decoupling rationale. The Japanese government, for instance, is accelerating the relocation of factories from China, in haste. Not a very clever strategy.

These factories are leaving a nation that has all but eradicated Covid-19. And if they move to Vietnam, well, that’s also a socialist economy (with Vietnamese characteristics).

China’s GDP growth fell by 6.8% in the first quarter of 2020. Recovery is already on. Officially, unemployment was at 5.9% in late March – not taking into account migrant workers who went back to the big cities after spending the apex of Covid-19 in the countryside. There were projections of unemployment at 20% – later retracted.

Recovery will be a mix of economic stimulus to companies, big and small; investments in infrastructure; and vouchers to a great many of the working masses. The hukou system – linking social rights to place of residence – will also be reformed. The key date to watch will be May 22, during the postponed session of the National People’s Congress.

Geopolitically, the analysis by the French think tank CAPS, a subsidiary of the Ministry of Foreign Relations in Paris, has become practically a mantra across the West.

CAPS is alarmed that China has become indispensable, while questioning its “values” and “hidden agenda.” With the EU totally paralyzed and graphically proving its irrelevance on myriad levels, especially in terms of agreeing upon an effective rescue package for all its members, the – declining – West, almost in block, is terrified that China is in the irreversible process of becoming the top global power.

Even after suffering the massive Covid-19 blow, Beijing seems to be in control of all base variables in its economic policy (financial institutions, large corporations). The CCP will double down on developing the whole production machine side by side with widespread application of AI techniques.

What seems to be established by now is that China will first secure its own national interests – in terms of global supply chains and exports. Short and medium term, there will be concentrated focus on selected New Silk Roads overland and maritime connectivity corridors – Health Silk Road included.

Even with Covid-19, China’s trade with Belt and Road nations grew 3.2% in the first quarter, not shabby even when compared with the 10.8% for the whole of 2019.

According to the Ministry of Commerce, Beijing’s trade with 56 Belt and Road nations scattered across Asia, Africa, Europe and South America represents a very important 30% of total annual trade. Now compare it to the 13% to 32% contraction in global trade forecast by the World Trade Organization for 2020.

So even if a trade drop in the first quarter of 2020 was more than predictable, it’s bound to pick up quickly especially in relation to Southeast Asia, Eastern Europe and the Arab world.

Examples include the $6 billion, 150 km-long Jakarta-Bandung high-speed rail in Indonesia, with technical experts from China only slowly trickling back in after being absent because of government restrictions. Along the China-Pakistan Economic Corridor, mandatory quarantine for Chinese technicians has frozen progress for at least two months. The same applies to projects in Bangladesh and Sri Lanka.

According to an Economist Intelligence Unit report, Covid-19 will derail Belt and Road in 2020. That may have been the case only for the first four months of the year. Even under Covid-19, Beijing has signed deals for new Belt and Road projects in Myanmar, Turkey and Nigeria.

The 414-km long China-Laos high-speed rail – connecting Yunnan, via Vientiane, to Thailand, Malaysia and Singapore – remains on track, with completion scheduled for the end of 2021. ASEAN, significantly, is now China’s number one trade partner, ahead of the drowning-in-crises EU.

The key takeaway from all this is that the CCP’s complex macro-strategy will be undisturbed. That implies that China will remain the top engine of the global economy, with or without decoupling, and with Belt and Road at the very core of China’s macro-foreign policy strategy, coupled with a solid drive towards multilateralism.

As much as vast swathes of the world economy, especially across the Global South, show no intention of decoupling from China, Beijing will have to be ready to counterpunch full-spectrum hybrid war by Washington on every front – geo-economic, cybernetic, biological, psychological.

As Kishore Mahbubani detailed in his latest book, that does not mean that China will have the intention – and the capacity – to become a new gendarme of the world. It will certainly turbo-charge its economic and financial power, as in the careful implementation of the possibly gold-backed digital yuan.

And then there’s the relentlessly evolving game-changer responsible for the US establishment’s sleepless nights: the Russia-China strategic partnership.

Two weeks ago, an immensely important geopolitical development was virtually buried by corona-hysteria.

Moscow is very much aware that Washington is deploying missile defense systems very close to Russia’s borders – carrying the potential to deliver a nuclear first strike. Beijing is following this development with alarm.

Moscow being aware of it is just part of the story: the key point is that Russia is confident sophisticated weapons such as the Sarmat and the Avangard will take care of it.

More complex is the issue of Pentagon bioweapon labs in the former USSR – an issue also closely followed by Beijing. Moscow has identified a lab near Tblisi in Georgia, and 11 of them in Ukraine. And way back in 2014, when Crimea was reunited with Russia, scientists also found a lab in Simferopol.

All this information – nuclear and bioweapons – as intel sources confirmed to me, is exchanged at the highest level of the Russia-China strategic partnership.

The next big move in the geopolitical chessboard points to the partnership negotiating their bilateral relations with the US as a team.

Nothing could be more rational, considering they are regarded as the top two “threats” to the US, according to the National Security Strategy.

Talk about a major paradigm shift.

0 thoughts on “China forges ahead through chaos and threats”