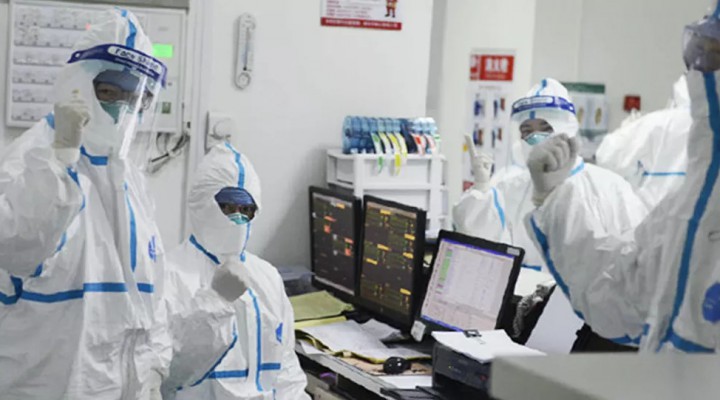 All the American bluster blaming China for the Covid-19 pandemic is empty posturing. How do we know? Secretary of State Mike Pompeo just admitted it on public TV this week.

Pompeo was asked about the origin of the virus and, specifically, US claims about it being leaked from a laboratory. Here’s what he told Fox News: “This virus originated in Wuhan, China. We don’t know the precise location.”

That’s the best that Pompeo can do. Pretty much saying what the rest of the world already knows, that the new coronavirus emerged in the city of Wuhan. Any further detail on an alleged laboratory release, and Pompeo has zero information. And openly says so himself.

He rambled on with lots of innuendo and inanities, but the germane information to glean is Pompeo admitting that the US does not know “the precise location” of where the virus came from.

That’s a damning remark. Because Pompeo and his boss, President Trump, among others, are claiming US intelligence indicates that the virus somehow leaked out of a laboratory in Wuhan, the Wuhan Institute of Virology.

While Pompeo was inadvertently coming clean about US ignorance, Trump has been claiming that intelligence is coming in and “we are not happy”, implying that the Americans had something incriminating on China.

However, Pompeo’s professed lack of knowledge about the origin of the virus also hasn’t stopped him from asserting that China is recklessly running other laboratories creating dangerous pathogens. Ominously, he has vowed that the US will convince other nations that China is responsible for the global outbreak and that Beijing will be held liable for financial compensation. That suggests the US is busily working on finding “evidence” to a fit a predetermined conclusion blaming China.

The allegation of the virus escaping from a laboratory has been roundly rejected by international scientific assessment. The scientific consensus is overwhelmingly that the virus originated in nature, possibly in bats from where it passed into humans. A biological accident, so to speak, for which China is not and should not be made liable.

Scientific assessment concurs with the position of the Chinese government. China has denounced the allegations made by the Trump administration as “preposterous disinformation”.

The World Health Organization has also concluded that the virus originated in wildlife and was not due to a laboratory release or bioengineered. But with the toxic politics flying in the US, the WHO has been vilified as the “Wuhan Health Organization” working in cahoots with the Chinese Communist Party. So there is little chance of reason or objectivity prevailing in US discussions.

That toxic politicization of the pandemic allows people like Pompeo to propagate his China bogeyman story and to try to blame all of America’s woes on Chinese “Commies”.

Given that the number of Americans infected by Covid-19 represents about one-third of the global total, it is understandable that the Trump administration is desperate to find a scapegoat for its own abysmal failings. This week saw the US death toll exceed 60,000 – more than all the American military deaths incurred during the Vietnam War.

The forthcoming presidential election in six months is shaping up to be a referendum on Trump’s botched – some would say “criminal” – mismanagement of the Covid-19 pandemic.

The only way for Trump to salvage his re-election bid is to redirect anger on to China. Hence, China is being accused of releasing the virus from a laboratory or “covering up” the severity of the outbreak. Neither of these claims have any substance. It’s a hoax or “fake news”, as Trump likes to rail against when it suits his offended ego.

But hoax aside, Trump and odious henchmen like Pompeo are going to keep pushing the propaganda smearing China even at the risk of starting a war. He’s going to make an election campaign out of it, whereby deadbeat Democrat rival Joe Biden is portrayed as “Beijing Biden” and “soft on China”.

Trump’s political future is being bet on toxifying any discussion about Covid-19 and China, no matter how insane and reckless. Because the aim is to rally American voters behind the flag and paint China as the nation’s enemy.

It’s worth remembering before we go down that path to perdition that Pompeo just told us that US intelligence concerning the origin of the virus is non-existent.

No surprise there. US intelligence is too often shown in history to be all about concocting lies for wars, including topically enough the Vietnam War (as the Gulf of Tonkin incident 1964 later revealed.)

Pompeo himself, as former head of the CIA, has openly bragged about lying and cheating as a professional attribute.

America’s so-called top diplomat has zero credibility, much like his bleach-prescribing boss in the White House.

0 thoughts on “Pompeo: US Knows Nada”