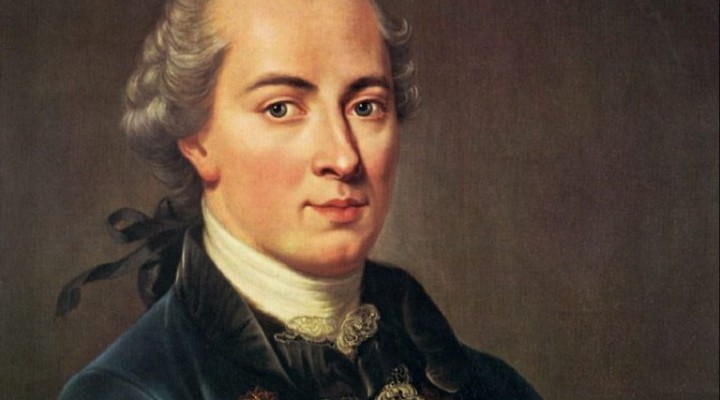 Fasten your seat belts: the US hybrid war against China is bound to go on frenetic overdrive, as economic reports are already identifying Covid-19 as the tipping point when the Asian – actually Eurasian – century truly began.

The US strategy remains, essentially, full spectrum dominance, with the National Security Strategy obsessed by the three top “threats” of China, Russia and Iran. China, in contrast, proposes a “community of shared destiny” for mankind, mostly addressing the Global South.

The predominant US narrative in the ongoing information war is now set in stone: Covid-19 was the result of a leak from a Chinese biowarfare lab. China is responsible. China lied. And China has to pay.

The new normal tactic of non-stop China demonization is deployed not only by crude functionaries of the industrial-military-surveillance-media complex. We need to dig much deeper to discover how these attitudes are deeply embedded in Western thinking – and later migrated to the “end of history” United States. (Here are sections of an excellent study, Unfabling the East: The Enlightenment’s Encounter with Asia , by Jurgen Osterhammel).

Way beyond the Renaissance, in the 17th and 18th centuries, whenever Europe referred to Asia it was essentially about religion conditioning trade. Christianity reigned supreme, so it was impossible to think by excluding God.

At the same time the doctors of the Church were deeply disturbed that in the Sinified world a very well organized society could function in the absence of a transcendent religion. That bothered them even more than those “savages” discovered in the Americas.

As it started to explore what was regarded as the “Far East,” Europe was mired in religious wars. But at the same time it was forced to confront another explanation of the world, and that fed some subversive anti-religious tendencies across the Enlightenment sphere.

It was at this stage that learned Europeans started questioning Chinese philosophy, which inevitably they had to degrade to the status of a mere worldly “wisdom” because it escaped the canons of Greek and Augustinian thought. This attitude, by the way, still reigns today.

So we had what in France was described as chinoiseries — a sort of ambiguous admiration, in which China was regarded as the supreme example of a pagan society.

But then the Church started to lose patience with the Jesuits’ fascination with China. The Sorbonne was punished. A papal bull, in 1725, outlawed Christians who were practicing Chinese rites. It’s quite interesting to note that Sinophile philosophers and Jesuits condemned by the Pope insisted that the “real faith” (Christianity) was “prefigured” in ancient Chinese, specifically Confucianist, texts.

The European vision of Asia and the “Far East” was mostly conceptualized by a mighty German triad: Kant, Herder and Schlegel. Kant, incidentally, was also a geographer, and Herder a historian and geographer. We can say that the triad was the precursor of modern Western Orientalism. It’s easy to imagine a Borges short story featuring these three.

As much as they may have been aware of China, India and Japan, for Kant and Herder God was above all. He had planned the development of the world in all its details. And that brings us to the tricky issue of race.

Breaking away from the monopoly of religion, references to race represented a real epistemological turnaround in relation to previous thinkers. Leibniz and Voltaire, for instance, were Sinophiles. Montesquieu and Diderot were Sinophobes. None explained cultural differences by race. Montesquieu developed a theory based on climate. But that did not have a racial connotation – it was more like an ethnic approach.

This was all based on the color of the skin, not on families or the climate. The Europeans were mechanically placed on top, while other races were considered “ugly.” Afterward, the division of humanity in up to five races was picked up by David Hume — always based on the color of the skin. Hume proclaimed to the Anglo-Saxon world that only whites were civilized; others were inferiors. This attitude is still pervasive. See, for instance, this pathetic diatribe recently published in Britain.

The first thinker to actually come up with a theory of the yellow race was Kant, in his writings between 1775 and 1785, David Mungello argues in The Great Encounter of China and the West, 1500-1800.

Kant rates the “white race” as “superior,” the “black race” as “inferior” (by the way, Kant did not condemn slavery), the “copper race” as “feeble” and the “yellow race” as intermediary. The differences between them are due to a historical process that started with the “white race,” considered the most pure and original, the others being nothing but bastards.

Kant subdivided Asia by countries. For him, East Asia meant Tibet, China and Japan. He considered China in relatively positive terms, as a mix of white and yellow races.

Herder was definitely mellower. For him, Mesopotamia was the cradle of Western civilization, and the Garden of Eden was in Kashmir, “the world’s paradise.” His theory of historical evolution became a smash hit in the West: the East was a baby, Egypt was an infant, Greece was youth. Herder’s East Asia consisted of Tibet, China, Cochinchina, Tonkin, Laos, Korea, Eastern Tartary and Japan — countries and regions touched by Chinese civilization.

Schlegel was like the precursor of a Californian 60s hippie. He was a Sanskrit enthusiast and a serious student of Eastern cultures. He said that “in the East we should seek the most elevated romanticism.” India was the source of everything, “the whole history of the human spirit.” No wonder this insight became the mantra for a whole generation of Orientalists. That was also the start of a dualist vision of Asia across the West that’s still predominant today.

So by the 18th century we had fully established a vision of Asia as a land of servitude and cradle of despotism and paternalism in sharp contrast with a vision of Asia as a cradle of civilizations. Ambiguity became the new normal. Asia was respected as mother of civilizations — value systems included — and even mother of the West. In parallel, Asia was demeaned, despised or ignored because it had never reached the high level of the West, despite its head start.

And that brings us to The Big Guy: Hegel. Hyper well informed – he read reports by ex-Jesuits sent from Beijing — Hegel does not write about the “Far East” but only the East, which includes East Asia, essentially the Chinese world. Hegel does not care much about religion as his predecessors did. He talks about the East from the point of view of the state and politics. In contrast to the myth-friendly Schlegel, Hegel sees the East as a state of nature in the process of reaching toward a beginning of history – unlike black Africa, which he saw wallowing in the mire of a bestial state.

To explain the historical bifurcation between a stagnant world and another one in motion, leading to the Western ideal, Hegel divided Asia in two.

One part was composed by China and Mongolia: a puerile world of patriarchal innocence, where contradictions do not develop, where the survival of great empires attests to that world’s “insubstantial,” immobile and ahistorical character.

The other part was Vorderasien (“Anterior Asia”), uniting the current Middle East and Central Asia, from Egypt to Persia. This is an already historical world.

These two huge regions are also subdivided. So in the end Hegel’s Asiatische Welt (Asian world) is divided into four: first, the plains of the Yellow and Blue rivers, the high plateaus, China and Mongolia; second, the valleys of the Ganges and the Indus; third, the plains of the Oxus (today the Amur-Darya) and the Jaxartes (today the Syr-Darya), the plateaus of Persia, the valleys of the Tigris and the Euphrates; and fourth, the Nile valley.

It’s fascinating to see how in the Philosophy of History (1822-1830) Hegel ends up separating India as a sort of intermediary in historical evolution. So we have in the end, as Jean-Marc Moura showed in L’Extreme Orient selon G. W. F. Hegel, Philosophie de l’Histoire et Imaginaire Exotique, a “fragmented East, of which India is the example, and an immobile East, blocked in chimera, of which the Far East is the illustration.”

To describe the relation between East and West, Hegel uses a couple of metaphors. One of them, quite famous, features the sun: “The history of the world voyages from east to west, Europe thus absolutely being the end of history, and Asia the beginning.” We all know where tawdry “end of history” spin-offs led us.

The other metaphor is Herder’s: the East is “history’s youth” — but with China taking a special place because of the importance of Confucianist principles systematically privileging the role of the family.

Nothing outlined above is of course neutral in terms of understanding Asia. The double metaphor — using the sun and maturity — could not but comfort the West in its narcissism, later inherited from Europe by the “exceptional” US. Implied in this vision is the inevitable superiority complex, in the case of the US even more acute because legitimized by the course of history.

Hegel thought that history must be evaluated under the framework of the development of freedom. Well, China and India being ahistorical, freedom does not exist, unless brought by an initiative coming from outside.

And that’s how the famous “Oriental despotism” evoked by Montesquieu and the possible, sometimes inevitable, and always valuable Western intervention are, in tandem, totally legitimized. We should not expect this Western frame of mind to change anytime soon, if ever. Especially as China is about to be back as Number One.

0 thoughts on “The deeper roots of Chinese demonization”