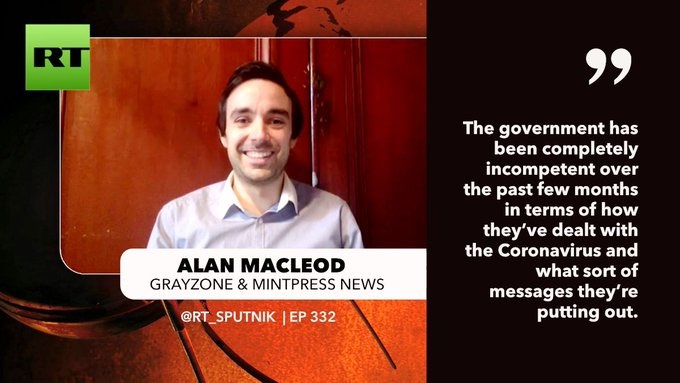 The dance halls are closed, the cinemas are closed, the theaters are closed; even the ballet and opera are closed. But nothing has left a bigger cultural hole like the absence of Football. The season was set to finish this weekend but is now in a state of suspended animation, leaving the likes of Liverpool and Celtic unclear as to whether they are the champions. At the bottom, teams have been left wondering whether they will be relegated via a match or by the stroke of a bureaucrat’s pen. Football legend Joey Barton has been on the books of Liverpool and Everton, to name just two of the high-profile teams he played for, but now he’s a manager of first division Fleetwood Town. They are in fifth place and would have been playing for promotion this week, so we spoke to him about the future of the sport and whether footballers had been unfairly singled out as villains during lockdown.

Propaganda in the information age and manufacturing consent has never been more difficult; and it seems the State is relying more and more not just on censorship but on ignoring news stories completely. In the past, the media and journalists were, in general, always perceived as agencies which stood up for us but, with the amalgamation of media across all outlets, most journalists have become cogs in a massive machine. Alan MacLeod has written widely on the subject, so we asked him who he thought was now in charge of these media machines which appear to reproduce the dominant outlook of a country’s elite, often contrary to the interests of the rest of the people. And, in the time of pandemic, we ask what should a journalist be reporting and just what is the ‘national interest’