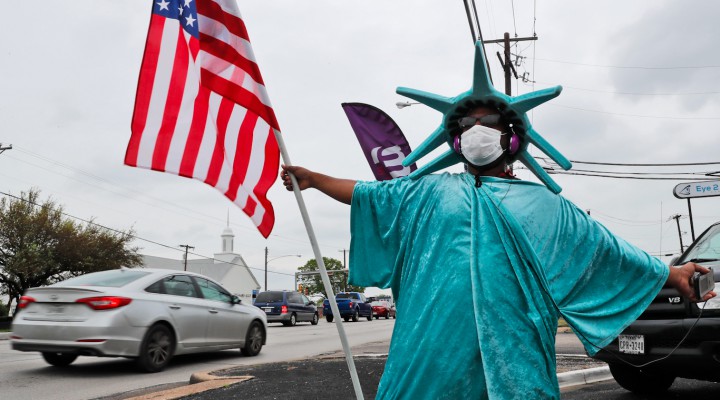 A new report suggests that a tax cut quietly inserted into the Coronavirus Aid, Relief, and Economic Security Act will add almost $170 billion to the deficit over the next ten years and overwhelmingly benefit the ultra-wealthy.

The provision, inserted into the emergency bill intended to save the economy from implosion, allows business owners to suspend any limitations on how much they can deduct against their non-business income, such as capital gains tax, in order to further reduce their tax liability, in some cases likely to zero. Unsurprisingly, this business-friendly loophole is destined to aid the extremely wealthy and ultimately hurt the rest. The JCT projects that the tax cut will add almost $170 billion to the deficit over the next ten years, something that Republicans, if history is any judge, will use as a battering ram against any progressive policies tabled.

The Trump administration, which originally brushed off the coronavirus as a liberal “hoax” intended to unseat the president, has of late spared no expense in trying to buoy the fortunes of the rich. Last month, the government injected over $1.5 trillion into the stock market – the equivalent of the entire national student debt – resulting in a 15-minute rally before another fall. Big business has been bailed out to the tune of trillions for the second time in twelve years. Despite the fact that filming has been suspended and its theaters, hotels and amusement parks are deserted, Disney’s share price has been rallying by over 20 percent of late due to the promise of an enormous quarter-trillion dollar bailout for the hotel and leisure industry. Meanwhile, airlines are expecting a similarly generous settlement, leading American Airlines stock to surge 27 percent in the last two weeks, despite the fact that barely anyone is currently using their services.

In contrast, the clear losers of the bailout have been working-class Americans, many of whom will have to wait up to five months for a meager $1,200 check – far less than those in other advanced countries are receiving. Unlike for the aviation industry, there has been no moratorium on rent for ordinary Americans, many of whom are risking their lives daily for low wages in jobs now deemed “critical” to the survival of society. Across the United States, breadlines form outside food banks as tens of millions of poor, furloughed or laid off Americans struggle to afford basic sustenance.

Many small business owners are not faring much better. Indeed, one economic consequence of the pandemic might be that large corporations, more able to influence government policy, are saved while smaller ones go under, accelerating the transition of the country into a corporate state.

Barbara Lee (D–CA), the only senator to vote against the PATRIOT Act in 2001, condemned the new bill, saying:

Instead of giving relief to Americans who are struggling to make ends meet, Senate Republicans snuck in tax breaks and corporate giveaways for their wealthy friends. We should be prioritizing the needs of working-class Americans – not millionaires.”

Sen. Sheldon Whitehouse (D–RI) was equally condemnatory, describing it as “loot[ing] American taxpayers in the midst of an economic and human tragedy,” demanding that, “Congress should repeal this rotten, un-American giveaway and use the revenue to help workers battling through this crisis.”

However, the government, whether controlled by Democrats or Republicans, has a clear history of bailing out the rich at the expense of the poor. While Wall Street was saved in 2008, millions had their houses repossessed or lost everything due to the great crash and the prolonged economic hardship that followed it. Unfortunately, while the Whitehouse might characterize the latest legislation as un-American, using a crisis to enrich the ultra-wealthy is becoming a trademark of modern American governance.