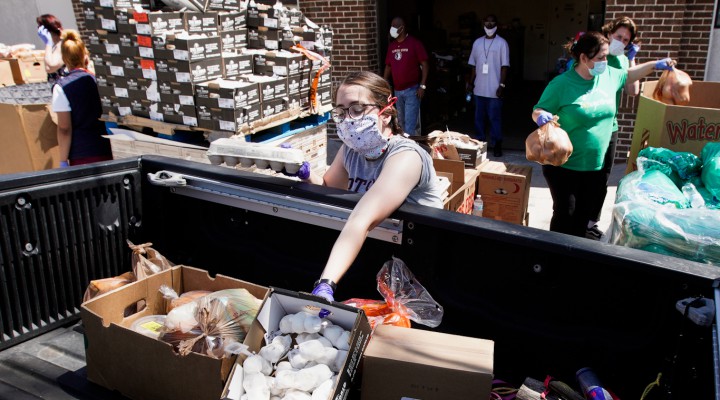 “These findings on the millions of frustrated filers and the UI system’s low payment rate highlight the need for policies to improve rather than hinder the UI application process,” noted the studies authors.

MPN– As COVID-19 rips through the United States, a record 26.5 million Americans have filed for jobless benefits since mid-March alone; numbers not seen since the height of the Great Depression. Tens of millions have been laid off, furloughed, or seen business dry up in a matter of weeks. “Prepare yourself,” said a worried Kevin Hasset, senior economic advisor to President Donald Trump, claiming that the economy “will be as bad as anything we’ve ever seen,” and predicting we will soon see unemployment levels of 20 percent and a 40 percent collapse in GDP.

The unemployment figures, as bad as they are, are actually a significant underestimate of the problem, according to a new study by the non-partisan D.C. think tank, the Economic Policy Institute. Their survey of over 24,000 Americans found that, for every ten people who successfully filed for unemployment benefits in the last four weeks, three to four additional people attempted to apply but were unable to navigate the system to make a claim. Two additional people did not even try because of the complicated application process. Thus, they conclude, “When we extrapolate our survey findings to the full five weeks of UI (unemployment insurance) claims since March 15, we estimate that 8.9‒13.9 million [more] people could have filed for benefits had the process been easier.” Adding these numbers to the millions of underemployed Americans, those who have been forced to retire early, or those who have simply given up, makes the likely total of unemployed top 40 million people; all this from a 40-year low in February.

“These findings on the millions of frustrated filers and the UI system’s low payment rate highlight the need for policies to improve rather than hinder the UI application process,” wrote the report’s authors, suggesting that, “At a minimum, states should presume everyone is eligible and immediately pay benefits, only verifying eligibility and reviewing claims after the unprecedented wave of claims slows down.”

The news of 40 million unemployed comes on the same day as the total number of Americans officially infected with COVID-19 surpassed one million, with over 60,000 confirmed deaths. The United States is by far in the lead in both cases and fatalities, with more than four times as many positive tests as the nearest country (Spain). However, even these figures, shocking as they are, are certainly undercounts of the true toll of the virus, as CDC data shows far higher spikes in excess deaths over other years. Those who die outside of the hospital are rarely tested for COVID-19 and not added to official totals. A Siena College poll released on Monday found that one-third of New Yorkers (32 percent), know someone who has already died of the virus.

Despite a national emergency being called on March 13, the United States has only succeeded in flattening, not reducing, the infection curve. Tuesday was the fifth-worst day for American coronavirus fatalities, with 2,470, with Friday seeing the highest number of new cases.

Despite this, much of the country is already reopening after a half-hearted lockdown, ensuring the virus’ spread. Many of the poorest Americans have little option but to return to work, given the government’s less than generous aid package. The same amount of people in the Siena College poll – 32 percent – also say somebody in their household has been fired amid the pandemic. Amid a collapse in income for tens of millions, food banks across the United States have been inundated with increasingly desperate people. “Needs have skyrocketed not just here but around the country,” said Eleanor Goldfield of D.C. Mutual Aid. Even as food banks are cleaned out, farmers are dumping produce and slaughtering livestock en masse, with no one to collect and distribute their food.

While no one seems to be able to agree on accurate figures for both the humanitarian and economic impact of COVID-19 on the United States, it appears that all concerned concur that the situation is becoming graver by the day, and no end is in sight.