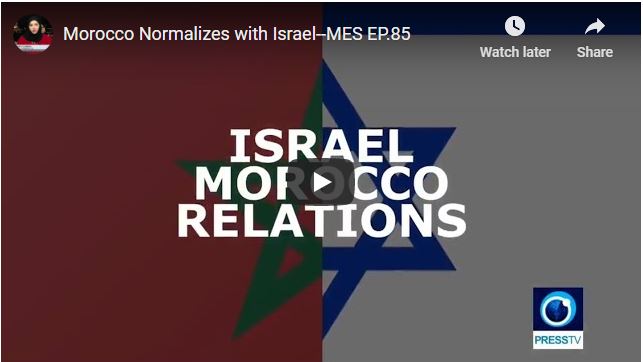 Israel and Morocco agreed last week to normalize relations in a deal brokered with the help of the United States, making Morocco the fourth Arab country to set aside hostilities with Israel in the past four months. As part of the agreement, Trump who is due to leave office on January 20 agreed to recognize Morocco’s “sovereignty” over the contested Western Sahara region.

To discuss this issue with us from Atlanta, Georgia is Akil Hanano, political commentator.

Lebanon’s outgoing Prime Minister Hassan Diab and three former ministers have been charged with negligence that led to the deaths of hundreds and injuries to thousands in the massive August Beirut port explosion. But Diab’s office indicated the prime minister would not comply with the investigation, saying in a statement that Judge in action had violated the constitution by overstepping the role of the Parliament of Lebanon, which has a specialized court for the trial of top officials.

To discuss this issue with us from Beirut is Ms. Gina Chammas, political commentator.