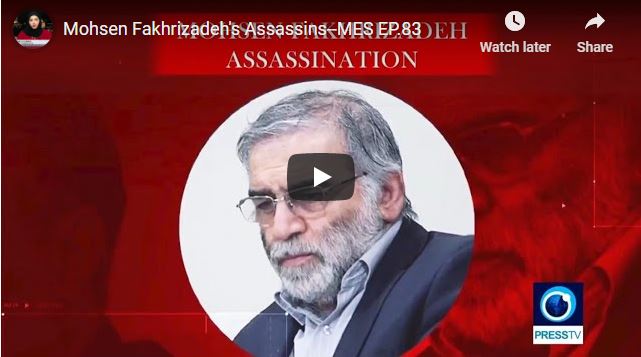 A team of terrorist gunmen assassinated prominent Iranian nuclear physicist Mohsen Fakhrizadeh with several of his bodyguards, after stopping his vehicle with a hidden explosive in a terrorist attack near the Iranian capital Tehran. Hours after the assassination, the NYT issues a report claiming that martyr Fakhrizadeh, who headed the Iranian Defense Ministry’s Organization of Defensive Innovation and Research, was assassinated by Israel.

To discuss this issue with us from Tehran is Dr. Mohamad Marandi professor at Tehran University.

The US embassy in Baghdad again tries to impose its views on the Iraqi government and prevents the results of the investigation into the assassination of Lt. General Qassem Soleimani and PMU deputy director Abu Mahdi al-Muhandis from reaching the Iraqi parliament.

To discuss this issue with us from Belgrade is Joaquin Flores editor at FortRuss.