HOME / WORLD / How will Iran answer the assassination of Fakhri Zadeh? 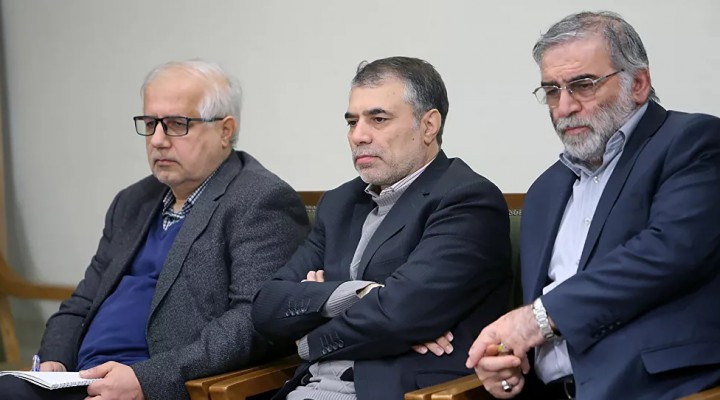 US President Donald Trump and Israel Prime Minister Benjamin Netanyahu decided that Iran was their worst enemy and that its nuclear and missile programs should be disrupted or destroyed by all means. Perhaps Trump considers Iran to be one of the reasons for his failure to be re-elected- or is it a “non-mission accomplished” to see Iran increasing its nuclear enrichment and developing its ballistic missile programs? There is little doubt that Trump wanted to add these two “achievements” to the list of gifts he offered to Israel: the Syrian-occupied Golan Heights, the Palestinian Capital of Jerusalem, the illegal reconstruction of settlements and the normalisation of relations of Arab and Muslim countries with Israel. Hence Trump’s motive for dragging Iran into a war or at least making sure he burns the ground under the JCPOA were the President-elect to attempt to reinstall it after the 20th of January 2021. The assassination of the Iranian scientist Mohsen Fakhri Zadeh was not explicitly, but only implicitly, announced by Netanyahu. What are Iran’s options? Who supported Israel in this assassination? How did Netanyahu drag Saudi Arabia onto Iran’s target list? On which platform is the next battlefield expected to be?

Prime Minister Netanyahu faces the Court of Justice at home, accused of bribery and corruption. He is trying everything to remain in power and to gather more allies around him. He has not hesitated to drag his new ally, Saudi Arabia, with him in the play against Iran. One result of this is that Iran now has a wider choice of objectives to target in response to the assassination of Fakhri Zadeh.

In fact, the Israeli Prime Minister has few valid options for engaging in a wider war, alone, and for many reasons. In Lebanon, the deterrence imposed by Hezbollah forces the Israeli army to stay away from the borders. Hezbollah leader Sayed Hassan Nasrallah vowed to hit and kill any Israeli soldier at the first opportunity. The Israeli government ordered all Israeli troops to stand down and take their distance, leaving the borders unattended for several months now. Moreover, Hezbollah is transporting weapons from Syria to Lebanon under the impotent eyes of the Israelis, who fear hitting a Hezbollah operative and suffering the consequences. Hezbollah has imposed its rules of engagement on Israel on a front where Netanyahu feels weak and vulnerable.

In Israel, the army is not ready for war and its internal front is also far from ready. Israel’s harbours and airports are within easy reach of Iran and its allies’ precision missiles if fired from Syria or Lebanon or even Iraq. The Israeli economy has suffered acutely from the Corona Virus. Therefore, Netanyahu needs other states to fight on his side or on his behalf. His revelation of the secretive visit he took to Saudi Arabia to meet crown prince Mohamad Bin Salman makes more sense following the assassination of Fakhri Zadeh. Netanyahu wanted to show Iran that he was not alone in the assassination and that Saudi Arabia is also involved. This means that the Iranian choice of “revenge objectives” will not be limited to Israel. Netanyahu’s hit is clearly below the belt, but is not unusual in terms of his character and strategies.

There was no real need to reveal the date of his visit, nor to keep civilians monitoring his flight from Israel to the city of Neom on the Red Sea. Nothing new really is happening in the Saudi-Israel relationship. Saudi Arabia has already been financing wars carried out by Israel, mainly against Lebanon (in 2006). Former Mossad chief Tamir Pardo visited Riyadh in 2014. Retired Saudi General Anwar Eshki met with Israeli official at King David Hotel in 2016 and a year later Saudi spy chief Khalid Bin Ali al-Humaidan made a secret visit to Israel.

For the first time since the assassination of four Iranian nuclear scientists, in recent years, the international community has openly condemned the target-killing of a civilian in Iran, defining it as “state -sponsored terrorism”. Israel is once more accused of violating  international law by carrying out an assassination : and one that is barely useful to its objective to halt the Iranian nuclear program.

In fact, Israel routinely carries out dozens of assassinations against non-combatant militants and civilians without any global accountability, under the rule that “what is not permitted to any other state is permitted to Israel” .

The Israeli Foreign intelligence service, the Mossad, is not so competent as its reputation in the media might suggest. Its mediocrity has already been publicly exposed. Its “long arm” is actually dependent on outside international support. Mossad agents were rarely executed, unlike in Syria, when Damascus refused any negotiation.  Not only does it have a huge budget and a liberal supply of fake passports, but it enjoys the support of the international community and US military facilities everywhere in the world, depending on the particular clandestine operation and its objectives. The Israeli intelligence service can also rely on US and European support in most countries to release or smuggle out Mossad agents. These resources are the source of strength of Israel, in addition to the unlimited US support it receives when a president like Donald Trump is in office. Following the Israeli normalisation with the Gulf countries, Israel can now count on Arab support, more than before, to coordinate its clandestine activities in countries where the mutual enemies of these Arab states and Israel reside: Iran and the “Axis of the Resistance” (Lebanon, Syria, Iraq and Yemen).

“The assassination of the Iranian scientist was carried out by a highly trained team of executors who did not prepare for the attack in just a few days. The team had explosives, weapons, financial means and safe houses to meet in and train as a team for the operation. That scale of activity requires a state-sponsored operation,” according to Iranian security sources in Tehran.

Israel, unlike President Trump when he assassinated Brigadier general Qassem Soleimani, did not officially announce its responsibility for the assassination of Fakhri Zadeh, even if Netanyahu hinted to this effect in his own style. However, US B-52s were ordered back to the Middle East a few days before the attack and the Pentagon ordered USS Nimitz back to the Persian Gulf and the US administration vowed to hit hard if any US soldier was attacked in Iraq. All these indications are taken by Iran as clear signals of the US-Israel complicity and responsibility for this unlawful assassination.

What are Iran’s choices?

The commander of the Iranian Revolutionary Guard, Major General Hossein Salameh, said “Iran will respond.” He has committed himself, and is not expected to risk his credibility by not responding. The leader of the revolution Sayed Ali Khamenei instructed his military commanders to “take the necessary revenge for the martyr Mohsen Fakhri Zadeh.” The IRGC–Quds Brigade commander, General Ismail Qaani, who represents the arm of Iranian strikes abroad, indicated: “there are targets that have been identified regionally and Iran’s allies will participate in the response.”

According to the sources, Iran has begun to work on several levels: 1) Uncovering the assassination team responsible for the assassination. 2) Asking all embassies abroad to solicit the international community’s condemnation of this unlawful target-killing of a civilian. 3) Identifying the absolute supporters of any Israeli action: deterrence is done in response by striking targets set by Iran in the Middle East. 3) Searching for any team (s) ready to carry out any other potential attack that Israel could execute during the remaining fifty days of Trump’s term. 4) Identifying the most urgent targets to hit in the Middle East. 5) Increasing the level of uranium enrichments, with little regard to the JCPOA, and increasing the level of stockpile beyond 2,442.9 kg.

The sources understand that there is nothing to stop Israel from carrying out further attacks against Iranian targets if deterrence is not imposed, as Hezbollah has effectively done in Lebanon. Moreover, any possible hit to Israel and US allies in the Middle East (in Afghanistan or Yemen, for example) would send signals to Israel to stop, when the US interests in the region are put in jeopardy.

As long as Trump (whom our source describes as “a bull in a China shop”) is in power,  Iran has decided not to go to war and in the meantime won’t be dragged into situations and arguments imposed by its enemies. Therefore, all-out-war is not yet on the table even if further cyber, sabotage or assassination attacks are likely in the weeks to come. “The account is open with Netanyahu, no need to rush, there will be other opportunities,” concluded the source.

0 thoughts on “How will Iran answer the assassination of Fakhri Zadeh?”