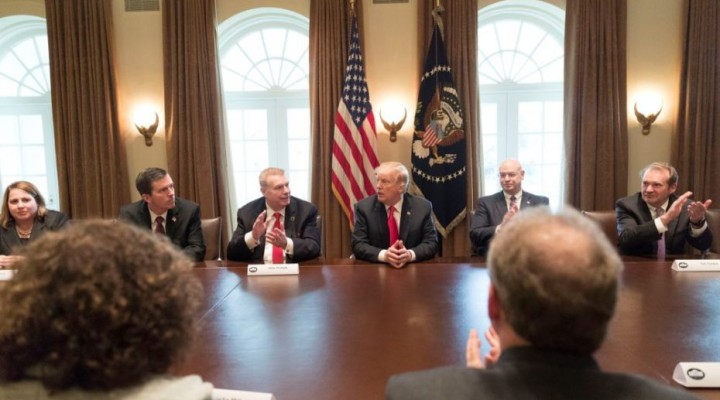 If the Iraqi investigation of the December attack on K-1 is reliable, the Trump administration’s reckless actions in Iraq can’t be justified.

Admittedly the news cycle in the United States seldom runs longer than twenty-four hours, but that should not serve as an excuse when a major story that contradicts what the Trump Administration has been claiming appears and suddenly dies. The public that actually follows the news might recall a little more than one month ago the United States assassinated a senior Iranian official named Qassem Soleimani. Openly killing someone in the government of a country with which one is not at war is, to say the least, unusual, particularly when the crime is carried out in yet another country with which both the perpetrator and the victim have friendly relations. The justification provided by Secretary of State Mike Pompeo, speaking for the administration, was that Soleimani was in Iraq planning an “imminent” mass killing of Americans, for which no additional evidence was provided at that time or since.

It soon emerged that the Iranian was in fact in Baghdad to discuss with the Iraqi Prime Minister Adel Abdul Mahdi a plan that might lead to the de-escalation of the ongoing conflict between Saudi Arabia and Iran, a meeting that the White House apparently knew about may even have approved. If that is so, events as they unfolded suggest that the U.S. government might have encouraged Soleimani to make his trip so he could be set up and killed. Donald Trump later dismissed the lack of any corroboration of the tale of “imminent threat” being peddled by Pompeo, stating that it didn’t really matter as Soleimani was a terrorist who deserved to die.

The incident that started the killing cycle that eventually included Soleimani consisted of a December 27th attack on a U.S. base in Iraq in which four American soldiers and two Iraqis were wounded while one U.S. contractor, an Iraqi-born translator, was killed. The United States immediately blamed Iran, claiming that it had been carried out by an Iranian supported Shi’ite militia called Kata’ib Hezbollah. It provided no evidence for that claim and retaliated by striking a Kata’ib base, killing 25 Iraqis who were in the field fighting the remnants of Islamic State (IS). The militiamen had been incorporated into the Iraqi Army and this disproportionate response led to riots outside the U.S. Embassy in Baghdad, which were also blamed on Iran by the U.S. There then followed the assassinations of Soleimani and nine senior Iraqi militia officers. Iran retaliated when it fired missiles at American forces, injuring more than one hundred soldiers, and then mistakenly shot down a passenger jet, killing an additional 176 people. As a consequence due to the killing by the U.S. of 34 Iraqis in the two incidents, the Iraqi Parliament also voted to expel all American troops.

It now appears that the original death of the American contractor that sparked the tit-for-tat conflict was not carried out by Kata’ib Hezbollah at all. An Iraqi Army investigative team has gathered convincing evidence that it was an attack staged by Islamic State. In fact, the Iraqi government has demonstrated that Kata’ib Hezbollah has had no presence in Kirkuk province, where the attack took place, since 2014. It is a heavily Sunni area where Shi’a are not welcome and is instead relatively hospitable to all-Sunni IS. It was, in fact, one of the original breeding grounds for what was to become ISIS.

This new development was reported in the New York Times in an article that was headlined “Was U.S. Wrong About Attack That Nearly Started a War With Iran? Iraqi military and intelligence officials have raised doubts about who fired the rockets that started a dangerous spiral of events.” In spite of the sensational nature of the report it generally was ignored in television news and in other mainstream media outlets, letting the Trump administration get away with yet another big lie, one that could easily have led to a war with Iran.

Iraqi investigators found and identified the abandoned white Kia pickup with an improvised Katyusha rocket launcher in the vehicle’s bed that was used to stage the attack. It was discovered down a desert road within range of the K-1 joint Iraqi-American base that was hit by at least ten missiles in December, most of which struck the American area.

There is no direct evidence tying the attack to any particular party and the improvised KIA truck is used by all sides in the regional fighting, but the Iraqi officials point to the undisputed fact that it was the Islamic State that had carried out three separate attacks near the base over the 10 days preceding December 27th. And there are reports that IS has been increasingly active in Kirkuk Province during the past year, carrying out near daily attacks with improvised roadside bombs and ambushes using small arms. There had, in fact, been reports from Iraqi intelligence that were shared with the American command warning that there might be an IS attack on K-1 itself, which is an Iraqi air base in that is shared with U.S. forces.

The intelligence on the attack has been shared with American investigators, who have also examined the pick-up truck. The Times reports that the U.S. command in Iraq continue to insist that the attack was carried out by Kata’ib based on information, including claimed communications intercepts, that it refuses to make public. The U.S. forces may not have shared the intelligence they have with the Iraqis due to concerns that it would be leaked to Iran, but senior Iraqi military officers are nevertheless perplexed by the reticence to confide in an ally.

If the Iraqi investigation of the facts around the December attack on K-1 is reliable, the Donald Trump administration’s reckless actions in Iraq in late December and early January cannot be justified. Worse still, it would appear that the White House was looking for an excuse to attack and kill a senior Iranian official to send some kind of message, a provocation that could easily have resulted in a war that would benefit no one. To be sure, the Trump administration has lied about developments in the Middle East so many times that it can no longer be trusted. Unfortunately, demanding any accountability from the Trump team would require a Congress that is willing to shoulder its responsibility for truth in government backed up by a media that is willing to take on an administration that regularly punishes anyone or any entity that dares to challenge it. That is the unfortunate reality in America today.