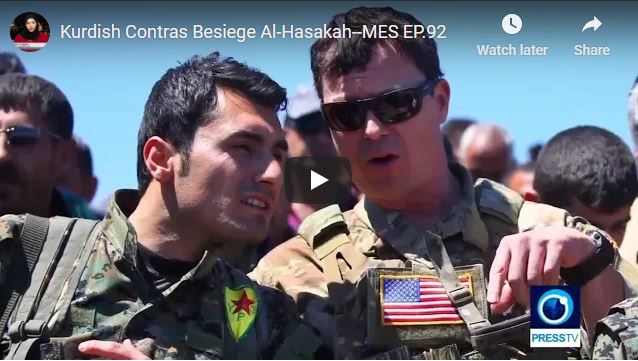 The siege imposed by the Kurdish contras known by the name “Syrian Democratic Forces” on the neighborhoods under the control of the Syrian army in the cities of Al-Hasakah and Qamishli continues in light of the escalation of the suffering of the people and the faltering of Russian efforts to find a settlement that ends the siege and restore matters to their previous state. This situation is prompting scores of Syrian residents to walk great distances to bypass the SDF checkpoints especially after one Syrian security officer was killed by the Kurdish Contras in Hasakah city.

To discuss this issue with us from Perth Maram Susli, analyst and political commentator.

Social networking sites in Saudi Arabia went frenzy last week by news of an explosion heard in the Saudi capital, Riyadh, with claims about Saudi air defenses intercepting a missile said to have been launched from Yemen. However, Alwiyat Alwaad Alhaq, a previously largely unknown Iraqi resistance group said it targeted Saudi Arabia in retaliation for the Daesh Baghdad market bomb that killed 32 Iraqis.