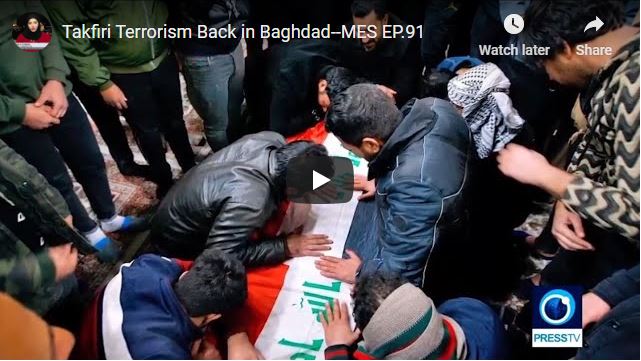 A twin suicide bombing on a bustling commercial street in the heart of Baghdad on Thursday killed at least 32 people and wounded more than 100, in an attack that ruptured months of relative calm. Daesh claimed responsibility for the attack which bears the hallmarks of the terrorist group who has carried out numerous similar attacks in Iraq.

As the US continues to occupy parts of Syria in a clear violation of the territorial integrity of the Arab country, an Apache attack helicopter belonging to the US military has reportedly crashed in Syria’s northeastern Province of Hasakah, with no information available about the fate of those onboard. The initial deployment of US occupation soldiers to that specific area was meant to plunder the country’s crude oil resources, however now it seems someone is making sure the U.S. abandons their theft efforts. U.S. Apache down in Syria in this following report.

To discuss this issue with us from Damascus is Vanessa Beeley, independent journalist.

0 thoughts on “Takfiri Terrorism Back in Baghdad–MES EP.91”