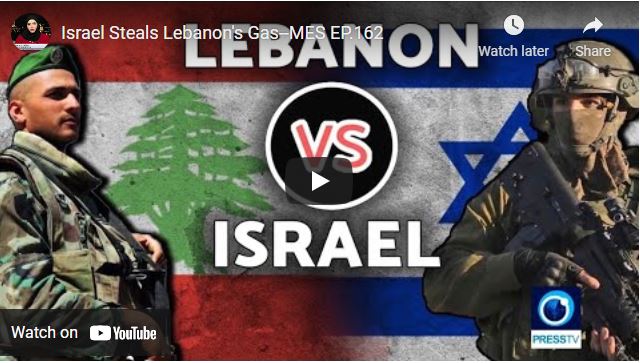 Secretary-General of Hezbollah, Sayyed Hassan Nasrullah, announced political and non-political mobilization to confront the entitlement to preserve Lebanon’s rights at sea, considering that the task is parallel to the task of liberating the land. Sayyed Nasrullah threatened the Zionist entity and foreign companies cooperating with it from the dangers of transgressing or assaulting Lebanon’s rights, describing the extraction of gas from Karish Offshore Gas Field as an “aggression”.

While Sayyed Nasrallah was not very direct in calling on the enemy to stop any activity in the region, he was very clear in calling the British-Greek company setting up a rig in the Karish gas field to withdraw stressing that the company should be fully responsible for any losses it might incur if it continues to steal Lebanese Gas, whether material or human.

To discuss this issue with us from Washington is Dr. Ziad Hafez, former head of the Arab National conference, political writer and commentator.

Israeli enemy planes launched an air aggression with missiles, at dawn on Friday, targeting the south of the Syrian capital, Damascus, for the second time in one week. The Israeli enemy carried out the air aggression with bursts of missiles from the direction of the occupied Syrian Golan, targeting Damascus International airport leading to the suspension of incoming and outgoing flights through the airport.

Zionist media later reported that the occupation army planes deliberately bombed two runways at Damascus International Airport, not hat the enemy needs any reason to act like an enemy, but guess why? Apparently, to send a message to Iran and Syria that Israel is determined to stop “smuggling weapons and combat systems through civil aviation”.

To discuss this issue with us from Damascus is Vanessa Beeley, independent journalist and political commentator.