HOME / WORLD / An airport for an airport? 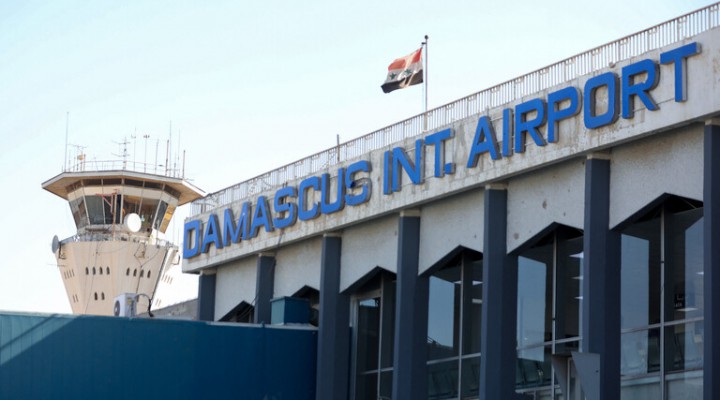 On Friday, Israeli warplanes launched missile strikes on Damascus International Airport, damaging runways and passenger terminals and putting it out of operation until further notice.

This was a deliberate provocation against the Axis of Resistance that crossed all red lines and broke all previous unwritten rules of engagement. It followed a month-long Israeli military exercise in the eastern Mediterranean simulating a large-scale attack against Iran, Syria, southern Lebanon, or even Yemen and Iraq.

There has been no let-up in Israeli air and missile strikes against Syria over the past five years. More than 300 have been carried out, initially on the pretext of bombing ‘Iranian arms convoys to Hezbollah’, and extending to regular attacks on Syrian and Iranian military and other sites throughout the country. But this is the first time the capital’s airport has been targeted on such a scale.

Hezbollah Secretary-General Hassan Nasrallah warned recently that the Axis of resistance would no longer defer retaliation for Israeli acts of aggression. So will there be an appropriate response to this latest assault?

The answer to this question lies with the Syrian leadership and President Bashar al-Asad personally. While retaliation for this blatant and unprecedented aggression could well lead to a regional war, the cost of silence, inaction, and ‘avoiding the Israeli provocation trap’ would be higher. It would be sure to encourage further escalation, with Israeli warplanes targeting Syria’s other civilian airports, vital infrastructure such as water and power plants, and maybe even the presidential palace.

Syria is not afraid of war. It has fought four in the past four decades, in addition to the ongoing 11-year internal war of attrition engineered and sustained by the US, the EU, and their Arab and regional allies. They poured hundreds of billions of dollars in pursuit of the aim of destroying and partitioning Syria and overthrowing its government, but Damascus neither fell nor surrendered. Its army has proven to be strong and resilient, with long combat experience and the support of a well-armed regional alliance.

I believe Syria is more likely than not to retaliate for this latest blatant aggression even if it leads to all-out war. The large-scale military exercises ordered by Asad the day after attack suggest a response could be imminent.

This should not be confined to a one-off retaliatory strike. A strategy of deterrence needs to be developed in conjunction with all the other components of the Resistance Axis that distributes roles between them and combines their capabilities, avoiding over-hasty or reckless action for maximum efficacy.

The impunity with which Israel carries out attacks is in large part due to the behaviour of Syria’s Russian ally. Its silence in the face of years of illegal Israeli strikes, and its refusal to endorse retaliation by the Syrian military or equip it with advanced air defence systems, bears much of the responsibility for the current situation — an embarrassing predicament not only for the Syrian leadership but for Russia too.

The Axis of Resistance should not hesitate to retaliate for this latest affront. This would be a legitimate act of self-defence, and should be at least proportionate to the illegal and unjustified Israeli aggression based on the principle of reciprocity: an airport for an airport, a port for a port, infrastructure for infrastructure.

We are well aware that war would be costly for Syria, but it would be costlier still for the Israeli enemy. Syria did not choose war. It did not initiate aggression and has demonstrated the highest levels of self-restraint, while being starved and suffocated by a ruthless and deadly siege. But now the knife has reached the bone. Inaction would only prolong that siege, and restraint has become counterproductive.

0 thoughts on “An airport for an airport?”