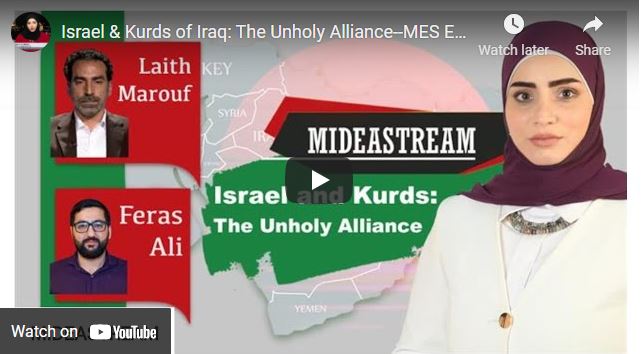 The Kurds are fond of saying that they have no friends but the mountains. Yet one entity has pushed for their separation from both Iraq and Syria, over many decades: Israel. The relationship between the two has evolved to the point where Israel is the only voice in the west Asia encouraging rather than decrying the Kurdistan’s separation from Iraq. Netanyahu first publicly voiced support for an independent Kurdish state in June 2014, as the threat of Daesh was rising. However, that fantasy was blocked by the Iraqi resistance’s elimination of Daesh ridding the Kurdish contras from Daesh threat, yet Kurdish separatists still chooses Israel over the resistance any day.

Meanwhile, another military base hosting US troops in Iraq was targeted with drones carrying explosives on Wednesday morning, ending any illusions that President Joe Biden’s strike on Iraqi resistance soldiers in Syria would deter such retaliatory actions. No casualties were reported in the attack on the airport in Erbil, which doubles as a base for U.S. troops. Before US occupation troops shook off the Erbil attack, another one hit them on Friday in the Ain al-Assad base located in Al Anbar Governorate of western Iraq.

To discuss this issue with us from Malmo is Feras Ali political commentator.

0 thoughts on “Israel & Kurds of Iraq: The Unholy Alliance–MES EP.103”