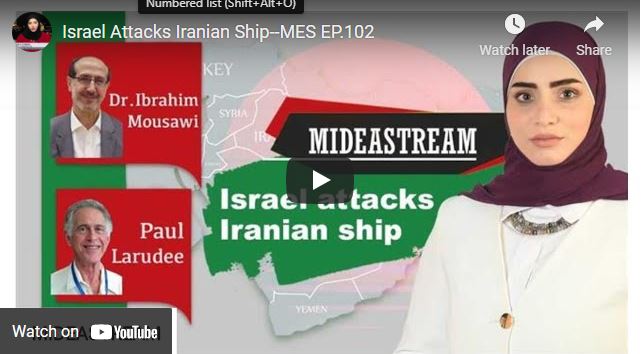 An Iranian cargo vessel stationed in the Red Sea was damaged by an Israeli mine attack on Tuesday April 6 in an escalation of the shadowy naval skirmishing that has characterized Israel’s animosity with Iran in recent years. The attack came as Iran and world powers sat down in Vienna for the first talks about the US potentially rejoining Tehran’s nuclear deal, showing that challenges ahead do not rest merely in those negotiations.

Meanwhile, in Lebanon, for over a year, there has been a severe economic and political crisis, whose end is not in sight. In view of this, the Lebanese Resistance Hezbollah has made a series of moves aimed at helping any needy Lebanese population cope with the negative implications of the economic crisis. With shortages of goods and skyrocketing prices, Hezbollah has opened a chain of supermarkets selling inexpensive goods at subsidized prices that are about 30%-50% lower than the market prices.

Britain hopes to besiege Hezbollah in Lebanon on behalf of Israel