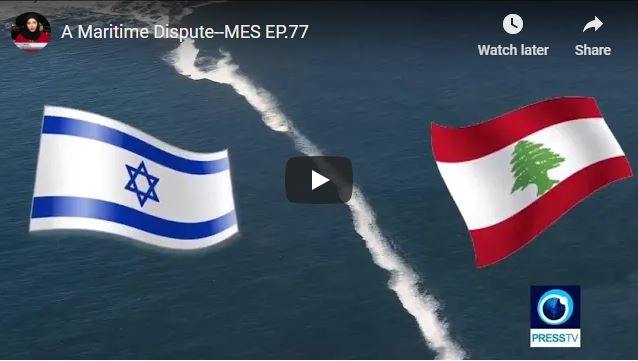 Delegations from Beirut and Tel Aviv have taken part in an opening round of indirect negotiations on the demarcation of Lebanon’s southern maritime border with the occupying entity, and agreed to meet again in two weeks. Lebanon’s four-member delegation comprised two army officers, a Lebanese oil official and a maritime border law expert. Hezbollah and its ally Amal voiced rejection of the composition of the Lebanese delegation tasked to negotiate the southern border demarcation, calling for reforming it immediately.

To discuss this issue with us from Paris is Dr. Rima Tarabay, geographer, political commentator and advisor to late PM Rafik Hariri.

United States Secretary of State Mike Pompeo has urged Saudi Arabia to recognize Israel, in what would be a strategic boost for the apartheid regime amid normalization with two other Persian Gulf Arab kingdoms. Pompeo hoped that Saudi Arabia will consider normalizing its relationships with the Israeli occupation. While thanking the kingdom for the “assistance” they’ve had in the success of the so-called Abraham Accords so far.

To discuss this issue with us from Beirut is Dr. Souheil Al Natour, director of the human development center.

0 thoughts on “A Maritime Dispute–MES EP.77”