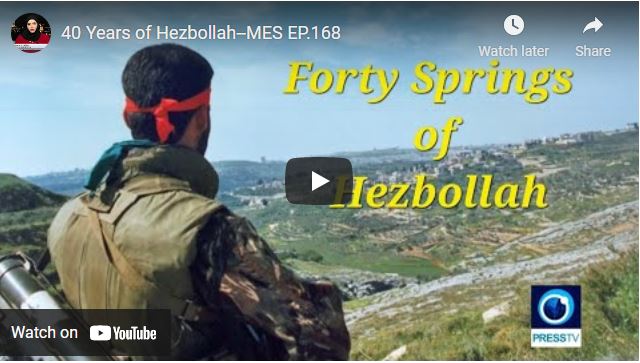 Forty years have passed since the launch of the Islamic resistance in Lebanon – Hezbollah, a memory dear to the heart of every believer in the inevitability of divine victory. It may not be an exaggeration to say that in the past century it has been very rare to find an organization in this region that had such presence, resonance, and influence, as much as Hezbollah.

It is true that there are entities that passed through this region and had a presence and a transnational influence, but they did not live long in this role due to their lack of ability to reconcile principle and flexibility, and their lack of understanding of reality. Hezbollah was able to develop a special model based on its ideological structure, its rich jihadi experience, and the peculiarity of the Lebanese reality. It combined its first identity as a resistance against the Zionist occupation, American hegemony, and the imperatives of engaging in the Lebanese political reality.

To discuss this issue with us from Beirut is Dr. Ibrahim Mousawi, Lebanese member of parliament for the Loyalty to the Resistance Bloc Hezbollah.

Forty years of jihad, during which the resistance Hezbollah changed the balance of power, after it was a group of oppressed, believing mujahideen, they worked towards Allah, so the almighty helped them and made their stance firm.

Forty years, during which the youth of Hezbollah were raised on good intentions, faith in Allah swt and good morals. The people loved them and they loved the people back, and they were worthy of giving, sacrifice, steadfastness and trust, which made their opponent, their enemy and their friend believe in their abilities, their will, their strength and their determination to victory. And here they are, after they achieved the dream of liberation in 2000 and victory in July 2006 and liberation from Takfiri terrorism, they made people believe that with the presence of this resistance, a liberated Al-Quds has become closer.

To discuss this issue with us from Beirut is Sheikh Khodr Noureddine member of the Hezbollah Political council.