HOME / WORLD / Trump is hoping for an Iranian miracle. Tehran will not give him one 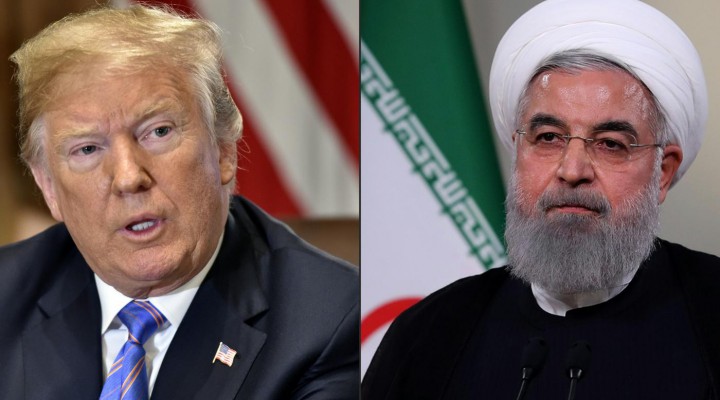 Chances are next to nil that Iran would make a new deal with the man who ordered the killing of Qassem Soleimani, the country’s top general

US President Donald Trump is trying hard to recover from a sharp drop in opinion polls.

His attempt to hold China accountable for his administration’s abysmal performance in managing the coronavirus pandemic, and the bellicose tone he has adopted against protesters angered by the killing of George Floyd, have not inverted the negative trend.

Trump’s use of incendiary rhetoric to mobilise the more nationalist and conservative fringes of the US electorate – especially the white, so-called silent majority – has not reached beyond the constituencies already keen to vote for him.

Yet few were prepared for the prospect that the US president might seek a lifebuoy in what has so far been his main nemesis: the Islamic Republic of Iran.

Commenting on the recent successful US-Iran prisoner exchange, Trump urged Tehran to conclude a new agreement with Washington, suggesting that after his foregone re-election on 3 November, conditions for such a deal would become tougher for Iran.

It is difficult to determine whether Trump’s proposal is yet another demonstration of his unscrupulousness, or a desperate gesture further denoting his already obvious weakness.

In the unrealistic case that the US president should succeed in persuading Iran to sign a new agreement with greater concessions than those granted to former President Barack Obama in the 2015 nuclear deal, he could certainly claim a great political success. But his expectation that the Iranian leadership could be inclined to sign with the current US administration a worse deal than the one it signed in 2015, confirms how far he is from understanding how this leadership thinks and works.

Tehran spent significant political capital in negotiating the 2015 deal with the P5+1, giving up 97 percent of its enriched uranium stockpile and accepting an unparalleled intrusive inspection system managed by the International Atomic Energy Agency.

Ignoring such significant accomplishments, the Trump administration withdrew from the deal, delivering a slap to the face of Iran and the other signatories. Adding insult to injury, the US administration is now pretending to maintain its prerogatives as a signatory member by extending a UN ban on weapons sales to Iran, which expires in October. The EU and Russia have rejected this as legally baseless, and China may follow suit.

Tehran, meanwhile, has already rejected Trump’s offer, adding the prediction that he will not be reelected. Iranian Foreign Minister Mohammad Javad Zarif has been particularly scornful towards the US president’s suggestion.

The impression is that although a Joe Biden presidency would not be an ideal outcome for Iran, Tehran’s leadership prefers to wait and see how events unfold in the coming months.

Regardless of the outcome of the US election, why should Iran trust Trump in any new negotiation? He has achieved nothing after three years of diplomacy with North Korea, and he certainly does not shine for consistency and intellectual honesty – two fundamental requirements for anyone approaching a negotiation seriously and in good faith.

Trump has widely and repeatedly shown that he is ready to deny reality, so it is fair to wonder upon what mysterious reasoning the usually cautious and distrustful Iranian leadership would rely on such a bizarre character. What guarantees would Tehran have, upon signing a new agreement with Trump in the coming weeks, that if reelected in November, he would not denounce his own agreement, opting instead for a regime-change policy?

Does anyone really believe that the current narcissistic tenant of the White House might not be tempted in his second term to go down in history as the only US president – after four decades – to succeed where all his predecessors have failed?

Furthermore, a new agreement between the US and Iran should effectively address the various regional dossiers still open – a source of constant recriminations on the US side. The chances that such open issues may be solved appear decidedly slim.

It is uncertain, to say the least, that Iran could deal constructively with the US on regional topics while Israel is set to annex large portions of the occupied West Bank under the shadow of Jared Kushner’s Peace to Prosperity vision; and while the Israeli Air Force continues to use Syria as a firing range; or while US sanctions, through the Caesar Act, are contributing towards pushing Syria and Lebanon to the brink of bankruptcy.

No matter what some Washington armchair warriors might think, and despite the double blow of sanctions and the Covid-19 pandemic, Iran continues to pursue its regional strategy, displaying adamant resistance towards the US maximum pressure policy.

Last but not least, Iran’s composite leadership has an outstanding account with the US president: the killing of General Qassem Soleimani. Sooner or later, it may decide to cash this in.

Iranian Supreme Leader Ayatollah Ali Khamenei, who has always cautioned President Hassan Rouhani about the risks of negotiating with the US, is not likely ready to drink the poisoned chalice of a new agreement with the man who ordered the killing of Iran’s top general.

Iranian leaders have shown pragmatism when necessary, but they will not easily forget the oceanic crowds that took to the streets in January to mourn their master strategist.

0 thoughts on “Trump is hoping for an Iranian miracle. Tehran will not give him one”