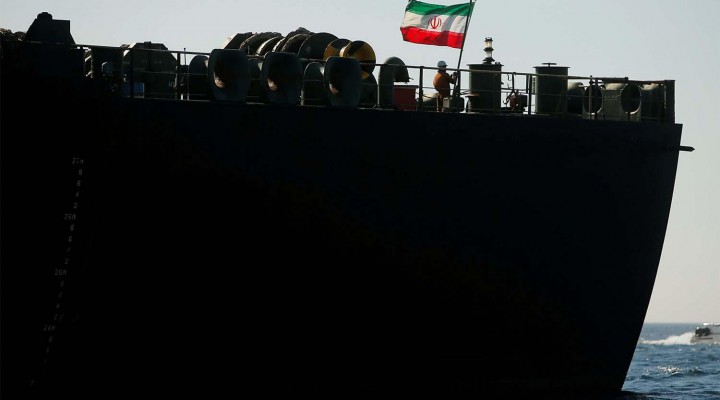 Washington’s illegal and deadly sanctions on Venezuela continue. However, President Nicolas Maduro has found an ally from across the world in Iran. Five Iranian tankers carrying roughly $45 million in gasoline and other petroleum products are heading straight for the Caribbean, and are currently in the Atlantic Ocean. Iranian Defense Minister Amir Hatami warned the United States to allow his country’s ships into Venezuela, vowing retaliation if they were attacked. “Iran will not tolerate obstacles [to its oil ships]. Both the United States and other countries know that we will not hesitate. If the obstacles continue or increase, Iran’s response will be forceful,” he said.

President Trump was equally forceful in his words, shooting back that, “We’ve got it [Venezuela] surrounded, it is surrounded at a level that nobody even knows but they know. We are watching to see what happens.” Trump recently sent the US Navy south towards Venezuela on a dubious “anti-drugs” mission.

Despite having the world’s largest proven oil reserves, Venezuela’s petroleum industry is in tatters, with the country facing widespread gasoline shortages. This is due in no small part to the US sanctions regime, which has choked off domestic production and stopped the importation of key diluents and spare parts the industry needs to function. Foreign corporations have pulled out of the country, refusing to do business with it, lest they incur the wrath of US sanctions themselves.

The sanctions are only part of a wider plan to overthrow the Maduro administration and replace it with handpicked, US-trained loyalists. In March, the DEA put out a $15 million bounty on Maduro’s head, while in May, American mercenaries led a hare-brained scheme to invade the country and shoot their way into the presidential palace. The coup attempt failed at the first hurdle, with many of the group being intercepted by the Venezuelan Navy before they had even reached land.

While foreign corporations or governments may have a lot to lose if Washington sours on them, Iran does not. Tehran is under its own US sanctions, with Trump green lighting the assassination of top general and statesman Qassem Soleimani in January and threatening a mass attack against the country to boot. “We have targeted 52 Iranian sites,” he tweeted, “some at a very high level & important to Iran & the Iranian culture, and those targets, and Iran itself, will be hit very fast and very hard. The USA wants no more threats!” The threat of deliberately destroying priceless Iranian cultural and heritage sites was immediately condemned as a breach of the genocide convention.

On Venezuela, the president enjoys bipartisan support. Liberal senator Elizabeth Warren, for example, said she was “all for” the sanctions, while Guaidó, who a December poll showed had only a 10 percent approval and an 69 percent disapproval rating inside Venezuela, was a guest of honor at Trump’s State of the Union Speech in February, receiving a standing ovation from Republicans and Democrats alike. In contrast, the sanctions have been formally condemned by the United Nations, who noted they “disproportionately affect the poor and most vulnerable,” calling on all member states to break them, and even starting to discuss the reparations the US should pay. Alfred de Zayas, an American UN Special Rapporteur who visited Venezuela, described the sanctions as “akin to a medieval siege” and declared the Trump administration guilty of crimes against humanity, estimating they have already killed over 100,000 people. The sanctions, according to de Zayas, a specialist in international law, are illegal under UN, OAS and even US law. At a speech at the UN on Wednesday, Venezuelan Ambassador Samuel Moncada condemned the Trump administration’s savagery; “What would happen if, in the middle of Covid-19, New York ran out of gasoline?” he asked.

Venezuela announced it would be sending warships to escort the Iranian tankers to their final destination. Thus, on the issue of oil supply, it appears that neither Venezuela nor Iran is in any mood to back down. If that is the case, Trump, the consummate coward, will have to choose between two equally cowardly options: commit a huge international war crime and environmental disaster by sinking the vessels, or back down, broken beaten and embarrassed. The world will be watching to see if he will allow the two nations to successfully stand up to his intimidation.

0 thoughts on “With Iran Defying US Sanctions on Venezuela, Trump Must Choose Between Two Different Cowardly Paths”