HOME / WORLD / US Pirates of the Caribbean 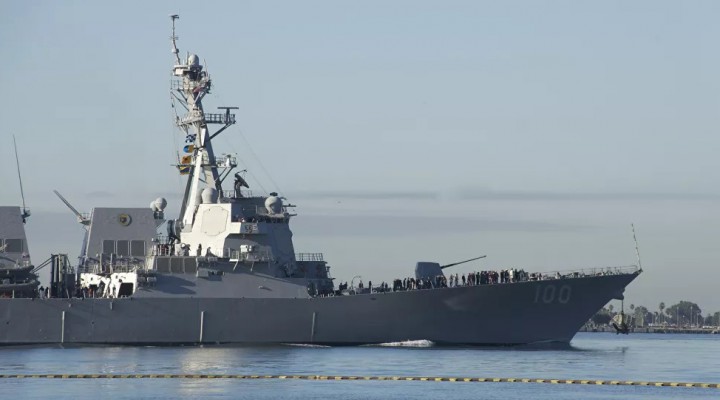 You have to be amused at this headline: “US masses planes at Japan airbase to show foes and allies it can handle coronavirus,” reports Reuters.

So, let’s get this straight. At a time when the US is leading the world with deaths and infections from the disease, the Pentagon views flexing muscles with warplanes in the Asia Pacific is somehow a demonstration of American potency.

While the American public is crying out for more resources to cope with the pandemic, Washington sees fit to ramp up militarism not just in the Asia Pacific, but also in the Arctic region, the Persian Gulf and the Caribbean.

US warships despatched to the Caribbean are said to be on a mission to counter-narcotic trafficking. Few people will buy that pretext. The military force is deployed as a threat to Venezuela and its socialist government which the Trump administration has openly targeted for regime change.

A failed coup attempt earlier this month involving a private US mercenary outfit may or may not have had official support from the White House.

But one thing is clear: when Russia proposed a statement of support for Venezuela at the UN Security Council this week in which the failed coup was denounced as a violation of the UN charter forbidding aggression, the draft statement was “killed” by Washington’s envoy.

The implication is that Washington’s public position sees nothing wrong with aggression despite the flagrant violation of international law that it involves.

In that case, it could be expected that the US will attempt to block Iranian oil tankers en route to Venezuela. If aggression is acceptable to Washington then why not also a bit of high-seas piracy?

Five Iranian-flagged tankers are due to dock in the South American country in the coming days. They are reportedly ferrying $45 million worth of gasoline to alleviate Venezuela’s crippled economy as it struggles like many other nations to control the coronavirus pandemic.

Venezuela is a major exporter of crude oil but due to US sanctions its capacity to refine fuel has been decimated. This has caused severe shortages for Venezuelan transport which has, in turn, exacerbated the impact of the Covid-19 pandemic.

Both Venezuela and Iran have warned the US to not interfere in the sea passage of the oil tankers. Both countries have been burdened with American sanctions, but they are legally entitled to conduct bilateral trade. If US warships impede the transport, then it will be viewed by Venezuela and Iran as an act of piracy. We might add that the rest of the world will view it that way too. An act of piracy compounding acts of economic aggression under heartless US sanctions.

Given the pandemic crisis, Iran’s supply of vital fuel to Venezuela is not merely a normal trade transaction, but a courageous act of solidarity and humanitarian aid.

The Trump administration has mischievously indicated it will do something to stop the Iranian ships reaching Venezuela. What that something is open to guesswork. Will it use its warships in the Caribbean to mount a blockade?

Iran has warned it will retaliate. Perhaps by attacking American warships in the Persian Gulf, where skirmishing has already taken place.

Venezuela says it is sending naval forces to escort the Iranian tankers once they arrive in its territorial waters.

In the next coming days, a showdown awaits which could have explosive repercussions, not least because the Iranian tankers are reckoned to contain 1.5 million barrels of gasoline.

The US head of Southern Command, Admiral Craig Faller, this week played down the probability of an armed confrontation with the Iranian vessels.

He is quoted as saying: “You have to ask yourself what interest Iran has in Venezuela, where we have seen recent indications of Iranian military and state support?”

Eh, let’s guess Admiral Faller, maybe simply an act of solidarity by two nations who are under the boot of American imperialism and illegal sanctions that amount to a crime against humanity.

American global power right now is seen as a farce. It has been devastated by a virus and shown to be a lying cheat over its attempt to smear China and the World Health Organization. Its sanctioning against nations struggling with a deadly disease is barbaric terrorism; and while millions of Americans are facing poverty, the US is sending warships and warplanes to all corners of the world.

Washington won’t dare do piracy in the Caribbean at this juncture. Because it can’t afford another fiasco. Its global image is already in tatters.

0 thoughts on “US Pirates of the Caribbean”