HOME / WORLD / Lebanon is a failed state. When will the world step in? 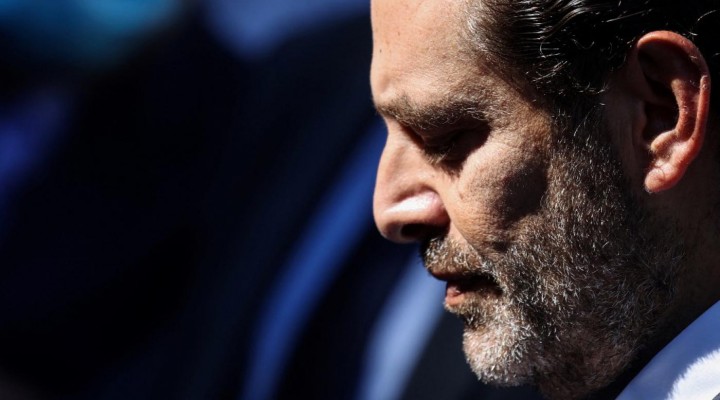 No western power other than France has yet dedicated to Lebanon the attention it deserves. Its time for other world powers to step up

Technically speaking, Lebanon is already a failed state. The World Bank has said the country’s economic crisis could be among the top three most severe crises globally since the mid-19th century. But there is always further to fall, and Lebanon seems to be heading there.

International media attention is rising. The New York Times dedicated two articles to Lebanon in three days, the Financial Times three articles in less than two weeks, and Le Monde and Liberation are constantly focused on the country. It is less certain whether this attention will push Lebanon’s international stakeholders, including Iran, to act before it is too late.

It certainly has not pushed Lebanon’s political movements to abandon their power to veto the formation of a new government, after the Beirut port explosion last August forced the resignation of Hassan Diab as prime minister. Nor has it done anything to change the kleptocracy that brought the nation to its knees. Protests against the collapsing economy, and among those seeking justice for the blast, have been heavily suppressed.

One thing is certain: The new government cannot be led again by Saad Hariri, who as prime minister-designate had been trying to form a new government for nine months. Hariri is the head of the Sunni bloc, and along with other leaders and the central bank governor, he is primarily responsible for Lebanon’s failure. On Thursday, he announced that he was stepping down – the only positive news to come from the country in months.

But Lebanon’s political elites are as impervious to change as granite. The only way of forcing them to release their grip on the country is to sanction them. Yet, the only sanctions thus far are American, targeting Hezbollah and Gebran Bassil, who leads the Free Patriotic Movement. Everyone else remains inexplicably untouched.

This is not rocket science. To get the kleptocrats, you follow their money. With the exception of Hezbollah’s leadership, all other top Lebanese political leaders have assets and bank accounts in the West. The US and EU treasuries know where they are; they have the bank account numbers. Targeting them would provide real leverage over Lebanon’s recalcitrant power brokers.

Slowly, things are moving. Investigations have been opened in France and Switzerland into Riad Salameh, the central bank governor. They are interested in where he put the money from an alleged giant Ponzi scheme that led the country into bankruptcy.

On Monday, EU foreign ministers agreed on a “sanctions regime” for the leaders who presided over the 11-month stalemate in forming a government. They said they wanted to get the sanctions regime up and running by the end of the month, which is fast by their standards.

Will this be enough to stop Lebanon’s time bomb from ticking? Is it even possible to save Lebanon by cornering its political leaders and staunching the flow of money fleeing the country? Or would it be better to wait for a complete collapse as the only way to kill the cancer of its corrupted political class – in other words, to start from scratch?

This is a dilemma that raises legitimate questions about the West’s endgame for Lebanon. So far, it has been a one-man show: ever since the Beirut blast, French President Emmanuel Macron has invested significant political capital in attempting to promote a new government and necessary reforms, to no avail.

For too long, France put its eggs in Hariri’s basket, hoping he would find a solution through parliament. But while formally and legally correct, such a method is outdated and unrealistic. French officials seem unaware that the situation has deteriorated so much, and the vested interests of the political blocs have become so firmly rooted, that no institutional solution is actionable – beyond allowing the Lebanese vultures to carry on with their banquet.

Lebanon is in a cul de sac. New elections scheduled for 2022 should ideally provide fresh political forces, but the current electoral law will not provide that chance, and the current parliament will never approve a new law, which would be the only way to alter the political dynamics that have perpetuated the power of the ruling class. Only a popular mobilisation encouraged and supported from abroad could make a difference.

On the sidelines of the recent G20 meeting, France, the US and Saudi Arabia held an informal consultation on Lebanon, but no details emerged. It is possible that Paris, frustrated by the absence of results, has tried to orchestrate a broader and more effective policy. Rumours that have filtered out so far indicate that all three countries were sceptical of Hariri’s ability to promote the necessary change; they were losing faith in him.

Such scepticism, however, has not pushed them to look for honest and uncompromised alternatives yet. Refreshing the Sunni bloc, which has the right to the premiership, by introducing new faces not involved in previous governments would be a key first step towards real change. Let’s hope that Hariri’s stepping down will finally provide that chance.

While it might be tempting to wait for a total collapse, no one can predict the consequences. The Lebanese army could collapse as well, with Hezbollah being the only entity that could assume control. The country could end up with a partition among its main confessional groups or, worse, descend again into civil war.

The effects on Lebanon’s neighbours would also be unpredictable, particularly on Israel, and this could propel a new wave of boat people towards Europe. Some western or regional chancellery dreaming of creative chaos would do well to think of all these potential consequences.

Time for a test

No western power other than France has yet dedicated to Lebanon the attention it deserves – especially not Italy, which has so much at stake in the country in terms of trade, and with its contingent deployed with the UN’s mission in Lebanon (UNIFIL). The G7, in particular, has been disappointing.

In Washington, the new administration’s approach to Lebanon still seems framed by an anti-terrorism drive focused on Hezbollah. While the latter is certainly a big part of the Lebanese question, shielding its kleptocratic partners in government, you don’t have to focus on Hezbollah to deal with its partners.

The first serious test of the international community’s resolve to sort out Lebanon could involve convening a special session of the UN Security Council. This could ascertain whether its permanent members agree that the collapse of Lebanon would be a threat to international peace and security, and therefore adopt a resolution under Chapter 7 of the UN Charter. In such a case, the approval of sanctions against Lebanese kleptocratic leaders would be quicker and far more effective.

The US is once again claiming its renewed commitment to multilateralism. It is time to test this, and to force Russia and China to assume responsibility for the Middle East.

0 thoughts on “Lebanon is a failed state. When will the world step in?”