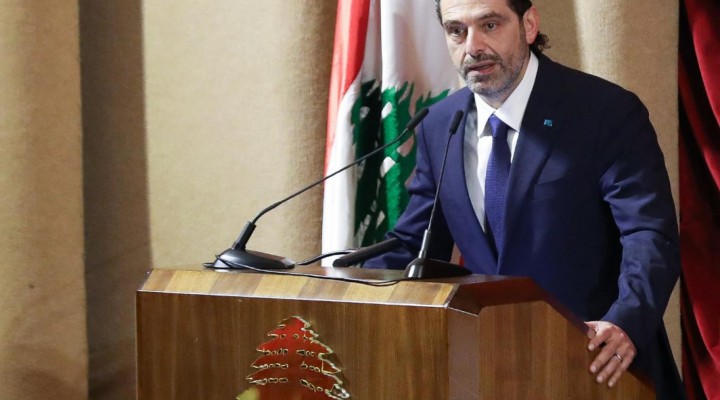 The world ignored Israel-Palestine. With G7 leaders meeting in a matter of weeks, they cannot afford the same mistake with Lebanon

Scholars and pundits familiar with the complexity of the Israel-Palestine conflict, and not resigned to the mainstream narrative about its root causes and possible solutions, have always known that the so-called Abraham Accords were not going to promote peace.

Agreements signed by leaderships that are detached from reality – and concerned primarily with protecting the interests of one side, to the detriment of the other – will not provide a fair and lasting solution to a decades-old fight. Any deal that ignores people’s aspirations, international law and the basic principle of “no peace without justice” is destined to suffer blowback. In recent weeks, this is precisely what has occurred.

A bomb was clearly ticking, and almost all of the major international stakeholders refused to listen. The bomb has since exploded, with unprecedentedly bitter consequences – namely, the revolt of Palestinian citizens of Israel. The full implications of this are still unknown. The Gaza ceasefire just reached is not a prelude to a fair and lasting peace; it is merely a pause.

In this context, G7 members – who aspire to reaffirm and lead the rules-based world order, which is allegedly threatened by rising and dangerous autocracies – have lost another occasion to prove their credibility. During the G7 foreign ministers’ meeting in early May, as the Israel-Palestine bomb was already ticking loudly, they displayed their unforgivable obliviousness with a communique covering all the various hotspots on the planet, but not Israel-Palestine.

With this discomforting precedent in place, our first concern should be to guess the location of the next ticking bomb. This is not difficult. We merely need to check where else was omitted by the G7 ministers: Lebanon.

While the world’s attention has been focused in recent weeks on the evictions of Palestinians in occupied East Jerusalem, Israel’s assaults on al-Aqsa Mosque, the launching of rockets from Gaza and Israel’s subsequent bombing campaign, Lebanon has continued to slide towards the abyss.

The political paralysis in forming a new government, financial collapse and dramatic increase in poverty should have triggered more than alarm bells among the main American, European and Arab chancelleries. Instead, there has been a deafening and unforgivable silence, as these countries seemingly ignore the fact that Lebanon also hosts hundreds of thousands of Syrian and Palestinian refugees. If the state collapses, these refugees could not return to their original homes in Syria and Palestine; rather, they would likely head towards Europe.

In the meantime, Lebanese political discourse has been characterised by Foreign Minister Charbel Wehbe insulting Saudi Arabia (he was subsequently forced to step down). Although Saudi politics towards Lebanon have been highly patronising for decades, Riyadh has also provided aid far exceeding that granted by international financial institutions. If Lebanon has any chance to recover from its current situation, it cannot easily ignore the financial lifeline that Saudi Arabia has to offer.

Lebanon will not save itself by pointing fingers at its neighbours or traditional partners, but rather by mobilising them to act collectively as a permanent consultative mechanism, overseeing and supporting the political shock therapy that the country needs. In the meantime, Lebanon’s public prosecutor has opened an investigation into central bank governor Riad Salameh, one of the alleged architects of Lebanon’s financial collapse.

Since the massive explosion in Beirut last year, France has assumed a leadership role in an effort to help Lebanon turn the page on its troubled recent history. President Emmanuel Macron visited the country twice and talked tough as he advocated fundamental change. Nothing much has happened.

For too long, Paris has bizarrely believed that such change could be provided by one of the main people responsible for Lebanon’s catastrophe: Prime Minister Saad Hariri. Notwithstanding some die-hard Hariri supporters inside the Elysee, France is now slowly realising that he is a liability – yet, it appears unready to support other options for the premiership within the composite Lebanese Sunni community and, above all, to think outside of the box. Both the French president and his foreign minister, who visited Lebanon several times in the past few months, have mainly consulted with the traditional political figures, who are not ideally placed to promote the reforms the country so much needs.

The benchmarks to identify the proper personality to lead Lebanon out of its current impasse should not be how many traditional political blocs and MPs are ready to support them; otherwise, the candidate will not be a real reformer. The key will be their political history and the reforms they are advocating.

Lebanon needs someone outside of the country’s traditional political blocs; independent, with no business interests inside the country; and above all, untouched by the past corrupt policies that have brought Lebanon to the brink of the abyss. This candidate should be able to inspire Lebanon’s exhausted public, while being viewed cautiously by its entrenched and blind parliamentarians.

Will the international community for once act pre-emptively, before a new crisis erupts, and support alternative methods to defuse another Middle Eastern ticking time bomb? It seems unlikely that the G7 leaders meeting later this month will do any such thing. Lebanon’s ticking time bomb is set to go off.