HOME / WORLD / Why did Hezbollah announce a general mobilisation in Lebanon? 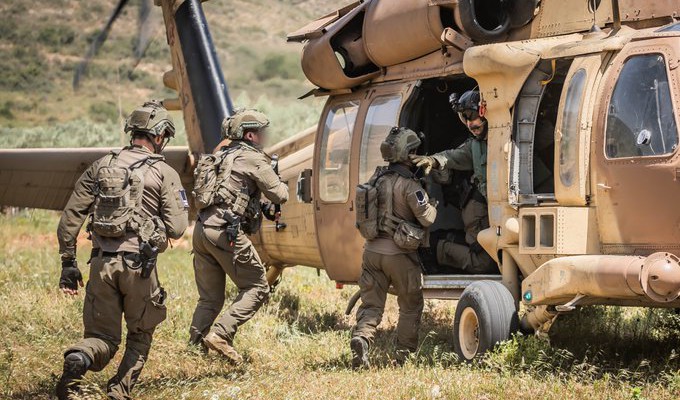 Israel begins Sunday 9th May with a massive military drill “Chariots of Fire” involving all branches of the military and tens of thousands of soldiers and officers, on the border with Lebanon. This massive maneuver has led to a general mobilization within the ranks of Hezbollah for any scenario in which the military maneuver could eventually turn into war.

There are essential points behind Hezbollah’s general mobilization that the leadership considers in light of the current situation:

First, the absence of a government in Israel gives Prime Minister Benjamin Netanyahu absolute freedom to decide whatever he wants, to increase his electoral chances. Israeli politicians failed to form a government following four consecutive domestic elections. It seems there are strong possibilities that a fifth election may be on the agenda. Netanyahu is facing corruption accusations, and only by remaining in power can he escape jail. Second, Israel overcame the Corona pandemic quickly, as 85 per cent of the Israeli army took the vaccine and 75 per cent of civil society. This prevents potential casualties inside the Israeli military when mixing takes place during the massive maneuvers.

Third, previous Israeli assessments in past years talked about the necessity of removing the precision and long-range missiles that Hezbollah possesses, in 2021. In past years, Israel has conducted multiple military maneuvers to fill the gap, improve performance, and replace inadequate plans.

Fourth, this upcoming maneuver is almost flawless. The performance of the Israeli army has dramatically improved with the differences and diversification of its arms. Consequently, it has amassed a vast number of forces, which indicates a full military mobilization and not just maneuvers.

For all the above reasons, such a drill is considered problematic by Hezbollah, and given these facts, it has raised its military readiness over the entire country. Indeed, Hezbollah has specifically instructed all defensive and offensive military units to raise the level of readiness to maximum, so as to respond instantly and effectively to any military or security breach that may occur during the Israeli drill.

So Hezbollah, in its turn, has deliberately raised its military readiness in such a way that Israel can see its movements and the readiness of its army. The aim is to inform the Israelis that Hezbollah will not be surprised if the military exercises switch the maneuver to other potential goals, like war on Lebanon.

The Israeli military maneuvers bear the title “the threat posed by Hezbollah”. Accordingly, in these circumstances, the general mobilization is caused by concerns, without necessarily indicating that Hezbollah would like to wage war on Israel. It is important to watch if this is aim is also that of Israel.

Britain hopes to besiege Hezbollah in Lebanon on behalf of Israel

0 thoughts on “Why did Hezbollah announce a general mobilisation in Lebanon?”