HOME / WORLD / Lebanon on the brink of the precipice 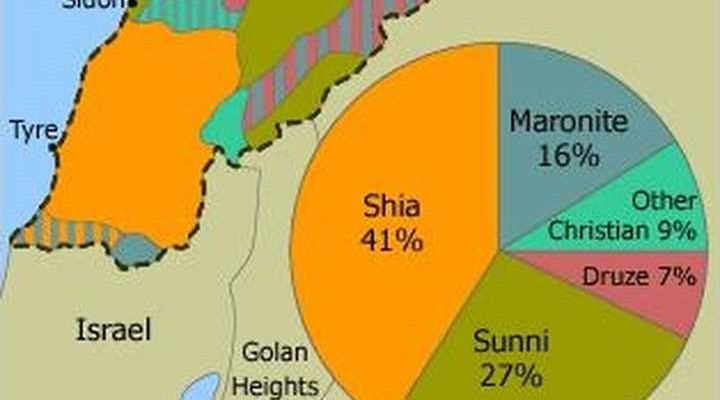 It was not surprising to hear the Israeli President Reuven Rivlin and his army chief of Staff Aviv Kochavi knocking at the door of the Elysée, residence of the President of the French Republic, criticising Hezbollah and, of course, Iran. It is beyond doubt that Israel will never willingly swallow the presence of a powerful force on its borders, equipped with hundreds of strategic precision missiles that can cover the entire geographic area of Palestine. Hezbollah also has tens of thousands of modified rockets with high precision but shorter distance. Nevertheless, Israel had failed to confront Hezbollah face to face in 2006 even when the organisation was less experienced and with fewer precision missiles. Therefore, any new confrontation will be highly costly to Israel, and the outcome is far from guaranteed. Thus, following the failure to divide Syria in 2011 and Iraq in 2014 and the attempt to submit Iran through the harshest US sanctions since the rise of the “Islamic Republic”, its prospects for defeating Hezbollah are now slimmer than ever.

The US and Israel tried to support the “Lebanese revolution“, the NGOs, and invested over $10 billion to curb Hezbollah, but to no avail. Two options remain: fomenting sectarian conflict, or starving the population, while blaming Hezbollah and its armed sections and domestic security forces. Can the US and Israel succeed? What are Hezbollah’s plans and options?

The Syrian, Iraqi and Yemeni wars provided Hezbollah – one of the main participants – with unparalleled warfare experience. Hezbollah fought alongside a classical army and that of a superpower, Syrian and Russian. It used tanks, self-manufactured missiles, armed drones and sabotage operations behind enemy lines, to name but a few. Moreover, when President Joe Biden came to office, he declared Russia an“opponent” and China a “serious competitor”, triggering an unusual rapprochement between these two countries and the US administration’s enemies in the Middle East– mainly Iran and Hezbollah.

A delegation from the Chinese Communist Party has visited Lebanon and met the Hezbollah leadership, offering projects worth $12 billion to rebuild the electricity, communication, transport and domestic infrastructures most needed. On the other hand, Russia invited a delegation led by Hezbollah MP Haj Mohamad Raad to Moscow, where he met with Foreign Minister Sergei Lavrov and other officials.

It is also essential to note that Hezbollah has 131 points of deployment in Syria. Iran has 115, and Russia has 95, excluding the Hmaymeem military airport and Tartus military naval bases (under Russia’s control). Therefore, coordination and a strategic relationship between Hezbollah and Russia became inevitable, especially since the US Intelligence services recognise and acknowledge Hezbollah as a regional power and even accuse it of interfering in the US presidential elections.

However, the catastrophic economic situation in Lebanon has hit most Lebanese hard, including Hezbollah. The US sanctions on Iran (since 1979) that reached the highest level in 2020 have been maintained by President Biden, preventing Iran from being generous to its allies but without ceasing regular financial support. Iran considers its allies as part of its national security. Although the allies’ well-being is essential, all surpluses were taken away, and the financial supply was reduced to its necessary minimum level. For Hezbollah, salaries are the same and regularly paid. However, 20% to 25% only, receive their salaries in US dollars, whose value jumped from 1.500 to 13.000 Lebanese Lira to the dollar. A large part of Hezbollah members receive no wages or are paid in local currency. Hezbollah leadership has created an internal charity fund called “Muwasat” (consolation funds). Hezbollah members paid in US dollars will have the freedom to support other unpaid members and other families in need.

The deterioration of the economic situation in Lebanon is due to several reasons. The long decades of corruption since the 90s were critical in dollarising the Lebanese imports, thus neutralising any local production. In the past years, the US war on the government of Damascus and the US-EU sanctions on neighbouring Syria (Caesar Act) played a role in burdening the Lebanese economy. Domestically, the drying up of dollars from the Lebanese market carried out by the voluntary mismanagement of the US-controlled Lebanese Central Bank Governor and the US influence over the oil-rich Gulf countries, preventing these from supporting Lebanon financially, were the last bullet shots to the head of the Lebanese economy. All these elements are concentrated against one nation, causing the beginning of starvation of the population- where medicine is no longer available, food shortages are omnipresent, and the deterioration of the local currency creates sky-rocketing inflation, making it nearly impossible for a large section of the population to survive. Food and medicine may not be a reason to trigger a military confrontation. Iran could supply Lebanon with relatively needed medicine, food (it is already contributing), and Iraq committed to delivering Lebanon with fuel for its electricity and transport. However, the most critical issue is security, particularly when many groups belonging to the US camp are closing main streets in various cities, cutting the connection between Shia in the Capital and suburb, the Bekaa valley and the south of Lebanon. The blockage of the road is called the disturbance of the “Supply road” of the resistance, an unforgivable and most dangerous act that Hezbollah may seriously consider an act of war.

The shadow of the 7th of May 2008 (when Hezbollah seized swathes of Beirut from the US-backed government) is still hovering over the country, as when the pro-US government decided to shut-down Hezbollah’s communication system, an act considered, then, a war declaration on Hezbollah. The aim was to cripple Hezbollah’s closed-circuit and fibre-optic communication system essential in the fight to keep the command and control in charge of guiding the battle. During the 2006 war, Hezbollah’s orders of attack were coordinated and never ceased even when Israel tried to destroy it, to no avail. The alternative was volunteered by the government of the former Prime Minister Fouad Siniora, an anti-Hezbollah and a pro-US pro-Saudi politician accused of corruption but saved by the late Prime Minister Rafic Hariri, who appointed him as a Finance Minister to protect him from legal persecution (only in Lebanon).

According to well-informed sources in Lebanon, during the last weeks, Prime Minister Saad Hariri’s support for demonstrations, under the excuse of the hunger and the Lira sharp devaluation, closed the road of Saadnayel linking of the Shia between the Bekaa Valley and the capital Beirut. The Alay-road was also closed by the pro-US druse leader supporter Walid Jumblat, preventing the Shia from reaching Beirut’s suburbs. The road for Jiyeh that leads to the south of Lebanon was closed by the Druse and the Hariri’s supporters. All these movements were coordinated, leading to the conclusion that it was a scenario serving to prepare the country for a bigger coordinated shot and test Hezbollah’s reaction.

Moreover, the Lebanese army’s leadership had contributed to worsening the situation when the commander in Chief General Josef Aoun refused several orders by President Michel Aoun to open the roads and allow protestors at the side of the road. General Joseph Aoun is a candidate for the Presidency and seems to (wrongly) believe that US support is enough to satisfy his political ambitions.

Over six month ago, a similar situation of closing all roads used by the “Axis of the Resistance” to the Bekaa Valley and the south of Lebanon was implemented. Following repetitive but useless warnings, Hezbollah called upon over 1000 men of the mobilisation forces living in the areas where protestors closed the roads to prepare for clearing the road by force. At the last moment, the Lebanese army, whose leadership were informed, intervened and cleared the road from protestors manipulated by pro-US political parties.

The same scenario is about to be reproduced: closing the supply line of the resistance will not be permitted. The “Axis of the Resistance” considers this act of war as direct support to Israel. It is estimated that between 24 to 48 hours are needed to clear all roads regardless of the number of people in the street and how well these are armed.

It is not permitted for Lebanon to live in peace as long as its leaders are not ready to give up part of their oil and gas-rich maritime borders to Israel and as long as Hezbollah is not disarmed to please Israel. The US is pushing Lebanon towards bankruptcy where the country is not allowed to receive support from Iraq, China and Russia, but neither the US is ready to compensate. Domestic voices – mainly the pro-US and pro-Israel Lebanese Forces – call to disarm Hezbollah and describe Sayyed Hassan Nasrallah as the “head of the snake” (a video distributed on social media).

Hezbollah won’t throw away its weapons and will try to avoid civil war but not a battle if necessary. Hezbollah consolidates its group that is part of society and will continue its military preparation for any possible scenario of war domestically or on its borders. It has moved most of its operation underground, where cities are built to confront the future challenges against Israel and the US.

The US forces will continue collaborating with Israel to curb Hezbollah. The US Central Command (USCENTCOM), commander General Kenneth McKenzie visited Lebanon several times in the last year. His most recent visit last week was the most important, with six helicopters provided by the Lebanese army, exploring the area of Ghazzee-Mazraat Deir alAshayer along with a team of intelligence officers and topography experts. General McKenzie visited the Lebanese army chief General Joseph Aoun but did not meet the President or any other political leader or member of the government.

Sources believe the US is exploring the strategic area overlooking the Lebanese-Syrian borders that is only tens of kilometres from the Syrian capital Damascus and could serve as a Lebanese army base (as a façade) under US control. It is also the area that links the Bekaa Valley with the south of Lebanon and very close to Mount Hermon, where it is believed that Hezbollah has many bases for its strategic missiles. The US embassy in Beirut said that the USCENTCOM top commander was “inaugurating a USAID-funded water pumping” that was already in use for the last two years, supplying water to a half-empty village. It is not clear if inaugurating a US-funded water pump is part of general McKenzie’s area of control even if the US Central Command is one of the two warfighting commands whose headquarters is not physically located in its area of responsibility but in Florida.

No workable future solution for Lebanon is coming soon, it is a country walking on the edge of the abyss. The Gulf countries, the US and Israel, have decided to break Lebanon and bring down President Michel Aoun and his ally Hezbollah. However, will these countries together manage to tip the balance in their favour? They have failed in Syria, Yemen and Iraq. Israel failed in the 2006 war, and the US $10 billion invested to counter Hezbollah did not trigger a revolution or a civil war. Hezbollah has imposed a deterrence balance domestically and with Israel. However, Hezbollah is unwilling to sit on top of the state but to live in a country where politicians are afraid to anger the US. The Lebanese government and pro-US politicians are afraid of asking the East’s support. They are subject to the hesitation of the new US President and his administration, who are maintaining the status-quo of the previous Trump administration. US inaction and threats are pushing Lebanon towards the edge and into the abyss.

0 thoughts on “Lebanon on the brink of the precipice”