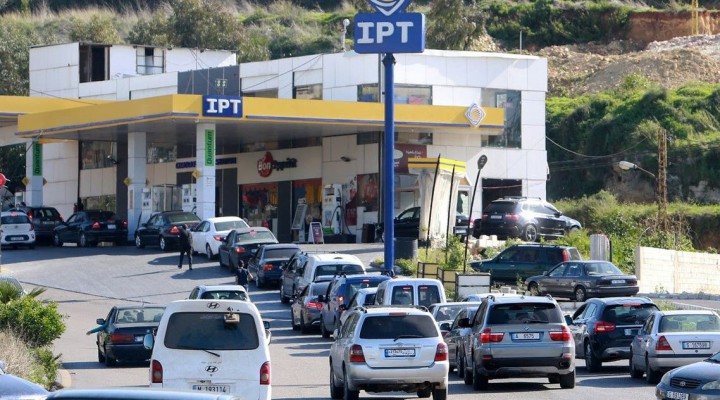 If the US won’t let the country buy fuel from Iran, why doesn’t it get its Gulf allies to supply it?

Lebanon’s innumerable and recurrent crises have made life in the country unbearable. What the majority of Lebanese now want most is no longer reform, but the chance to emigrate. They have lost any remnant of hope for change or trust in the corrupt ruling elite and the political system in general.

The Lebanese are going hungry because there are forces at play, led by the United States and its surrogate local political and sectarian groups, that want to fragment the country and plunge it into civil conflict. This is being done in the service of Israel. The aim is to hold the entire country hostage and bring it to its knees in order to disarm the Lebanese resistance.

It is against this backdrop that Lebanon’s latest crisis has been unfolding. The worsening fuel shortage is a consequence of the US and France successfully forcing compliance with the IMF’s demand for the lifting of state subsidies on essential goods, with fuel and electricity the latest targets.

With people queueing up for hours at filling stations to obtain small amounts of fuel, a war of words broke out between the US and Iranian ambassadors over reports that Iranian tankers laden with gasoline and diesel are being readied to head for Lebanese shores.

US Ambassador Dorothy Shea, who was appointed by her government to act as Lebanon’s colonial governor and routinely interferes in every detail of its internal affairs, decreed that getting supplies from Iran “is really not a solution” to the crisis. In an interview with the local New TV station, she declared: “There are other alternatives to provide fuel and electricity to the Lebanese people… If we could root out corruption from your energy and electricity sectors, half of the problem will be dealt with right there”. She went on to say – and that was her real point – that Iran is trying to turn Lebanon into “some kind of satellite state that they can exploit to pursue their agenda… There are much better solutions than turning to Iran.”

Several points can be made in response.

First, the vast majority of corrupt politicians and businessmen in Lebanon, especially in the fuel and electricity and sectors, are backed by the US. Their political parties receive its funding, and they are constant visitors to its embassy.

Second, if Washington won’t let Lebanon buy Iranian fuel because it is ‘bad’, why doesn’t it prevail on Saudi Arabia and its other Gulf allies to supply the country with some of their ‘good’ fuel instead?

Third, the lifting of fuel subsidies at the insistence of the US and IMF hits the poor, who now amount to some 80% of the population, the hardest. Many of these live in South Lebanon, the stronghold of the Lebanese resistance. The aim is to turn Hezbollah’s core constituency against it because of the threat it represents to Israel.

Fourth, if Iran is such a big threat to Lebanon, why is the US negotiating with it in Vienna about reiving the nuclear agreement and lifting sanctions? Are we to understand that it is using Lebanon as a bargaining chip in those talks?

Fifth, the failure of Lebanese politicians to agree on the formation of a new government is due mainly to pressure from the US and France. Washington’s Lebanese clients may live to regret this before long — once the US eventually recognizes Hezbollah’s legitimacy just as it did with the Houthi Ansarullah in Yemen and the Taliban in Afghanistan.

The US wants to trigger civil war in Lebanon by preparing the ground and sowing the seeds of strife, compounding its many crises, and complicating their resolution. Then it will abandon the country to its fate, as it did in Afghanistan, Iraq and Libya and soon Syria.

Hezbollah leader Hassan Nasrallah reiterated in his speech on Friday night that all the administrative and logistical measures needed to supply and distribute Iranian gasoline and diesel were in place. He explained this could be done without involving the Central Bank in order to avoid violating US sanctions against Iranian oil exports. “Everything is ready,” he said, “all we need is permission to move.”

Nasrallah should act to secure that permission and enable the Iranian tankers to dock as soon as possible. That is the fastest way of tackling the crisis which is afflicting the lives of everyone in Lebanon, whatever their politics, religion or sect.