HOME / WORLD / How to avert a global conflict between China, Russia and the West 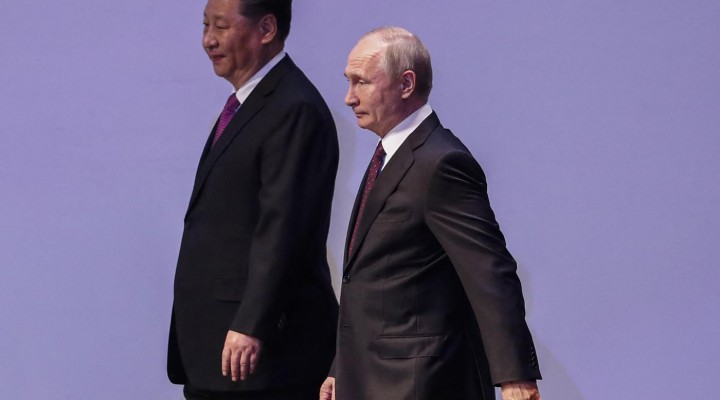 If the US aims to reach a managed competition, as Biden claims, it has to learn to respect its opponents’ red lines

Every nation has its red lines; a series of wholly arbitrary and mobile boundaries which, if crossed, permits it to unleash the four horsemen of the apocalypse on its enemy.

The US used the notion of fundamental political, economic and security interests as far back as the early 19th century with the famous Monroe Doctrine (1823), the cornerstone of US foreign policy written by President James Monroe (1817-1825). Other well-known examples that emphasised red lines were the Cuba and Berlin crises in the early 1960s and during the October 1973 war between Egypt and Israel, when US forces were put on high military alert.

In January 1980, the so-called Carter Doctrine warned the Soviet Union, which invaded Afghanistan a month earlier, not to go beyond that country’s borders.

In 1991 and 1999, US red lines in the Gulf and the Balkans ended with wars against Iraq and Serbia. The same scenario played out again with the US invasion and occupation of Afghanistan in 2001, Iraq in 2003, and the Nato-led war on Libya in 2011.

China and Russia, and to a lesser extent Iran and North Korea, have been portrayed as threats to US interests and security, and more broadly to the “rules-based” world order – meaning the rules that Washington has conceived and enforced since 1945.

A real-life game of Risk

To better address global threats, Biden has demanded that great powers should manage the competition among themselves, which, at first glance, seems like a responsible thing to do. However, framing an international system as a competition between great powers implies that all its participants should be recognised as bearers of specific interests that may sometimes clash with each other.

Given that conflicting interests could cross red lines, the primary responsibility of each player in this real-life game of Risk is to stop such competition from escalating into a global conflict. Even if the theory makes sense, it is difficult to imagine how competition can be managed in practice, if each great power refuses to recognise or respect the red lines of its opponent.

In the past three decades, the US and its allies have given the strong impression that they consider their red lines to be the only legitimate ones. Indeed, the total collapse of the Soviet Union left only one man standing in the post-Cold War era. But that supremacy was soon squandered, in a series of defeats on the world stage which was largely self-inflicted. Now, in the new era that is taking shape, the US is not alone on the stage any more.

This is not a sudden discovery for the US. The January 2017 Global Trends report issued by the US National Intelligence Council pointed out: “For better and worse, the emerging global landscape is drawing to a close an era of American dominance following the Cold War. So, too, perhaps is the rules-based international order that emerged after World War II.”

Read between the lines of Biden’s 2021 INSSG and you come to the same conclusion. The US is going to have to take other powers’ red lines into consideration. Unfortunately, US analysis still appears unmatched by its action.

Since 1991, whenever the US and its allies believed that it was in their interest, they have not hesitated in changing the political status quo through force. In some cases, they did not even have solid legal grounds to do so – Kosovo in 1999, Iraq in 2003 and Libya in 2011 all come to mind.

In all three conflicts, red lines were claimed, but in none of them were US vital security interests at stake.

America and its allies are now claiming that a rising China, a revisionist Russia and a stubborn and fanatical Iran threaten the world order. Such accusations are not groundless. However, they are placed in a context where too frequently the rules seem valid for everybody but western nations; the net result is an unstable situation and an increased tension.

It may come as a surprise to many, but Moscow, Beijing and Tehran have red lines too. We can discuss if they are legitimate, but we have no magic wand to make them disappear. If America, as its president claims, aims to reach a managed competition it has to consider its opponents’ red lines.

Nato members have no doubt that the crisis between Ukraine and Russia is due to Moscow’s bullying, supported by heavy military deployment along the border. The Kremlin, however, sees its neighbour’s entry into Nato as a red line: an immediate security threat as well as an assault on the millenarian Russian national identity that was forged in the Ukrainian capital. The crisis did not start in 2008, or between 2013 and 2014, when Russia took over Crimea and pushed for Ukraine’s eastern provinces to secede; it dates back to two decades earlier, with Nato’s eastward expansion, which, always in the Russian view, violated specific assurances against enlargement given by the Bush (senior) administration in 1990.

Bill Clinton ignored these. He also ignored the solemn warning raised by George Kennan, the architect of  the containment policy against the Soviet Union, about the negative consequences of Nato’s enlargement.

Vladimir Putin’s threatening demands about Ukraine over the past few weeks did not come out of the blue. They go back to 10 February 2007 and his speech at the Munich Conference on Security Policy. After the Biden-Putin video call on 7 December, the US now seems ready to consider the Russian requests, and Moscow has presented some specific proposals. The hope is that this might be the beginning of a de-escalatory road map.

The US and its allies maintain a similar view on China-Taiwan, blaming Beijing for its threatening military posture towards Taipei. Their narrative is that the impressive economic and military improvements China has made in the past few decades are pushing its hubristic leadership to act recklessly, in willing to re-take militarily the contested island.

For Beijing, on the other hand, the conflict dates back at least 70 years, with the US meddling in the aftermath of the Chinese civil war in 1949. At the time, the Communists, led by Mao Zedong, defeated the Nationalists led by Chiang Kai-shek, who escaped with his air force pilots and the remnants of his army to Taiwan, over which Washington extended its security umbrella. Chinese leaders see Hong Kong and Xinjiang through a similar prism: a remnant of western colonialism and an interference in their internal affairs, respectively.  These are three red lines to which Washington still seems oblivious.

Iran considers its nuclear programme a red line. It is ready to curb and place it under strict international monitoring only if it will see in return a real and lasting lifting of sanctions. The solution to this problem, as set out in the Joint Comprehensive Plan of Action in 2015, failed, but not because of Tehran.

The new talks in Vienna appear to be on a rollercoaster, burdened by mistrust and recriminations. Iran assumes that it can get from the Americans a guarantee that any agreement reached in Vienna will not be broken by a future US administration, as Trump foolishly did in 2018 with the JCPOA.

Israel, which is not party to the negotiations but is still highly influential in US decision making, assumes the existence of another US guarantee – that it is free to attack Iran, even if a deal is reached. No US administration can honour both guarantees simultaneously, least of all the one headed by Biden, who is embattled on too many fronts at home and abroad.

While some experts predict a “technopolar” movement where “technopolicy” and digital powers will reshape the global order, old-style geopolitics seems alive and kicking.

Confrontation over the topics of the future – ie, who will control data, 5G, AI, and quantum revolution, setting the relative standards and protocol – must still share the stage, no matter what Nato’s Secretary General Jens Stoltenberg believes, and with Cold War-style geographical spheres of influence.

It is a hybrid system, and it even has its own acronym – Vuca: Volatility, Uncertainty, Complexity and Ambiguity.

“Chinese Aggression” Is Just China Responding To US Aggression

0 thoughts on “How to avert a global conflict between China, Russia and the West”