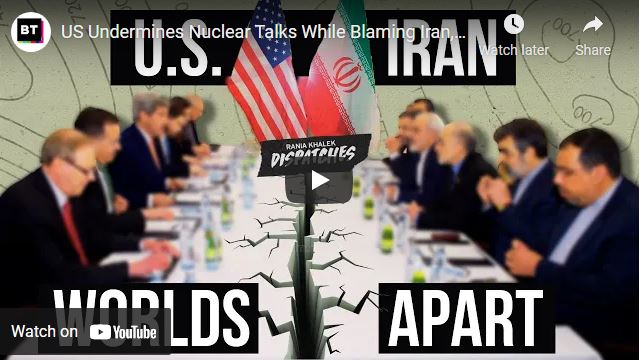 In 2018, the U.S. unilaterally withdrew from the nuclear deal with Iran, but if you follow mainstream media you’d think Iran was responsible for the deal’s collapse. In the recent seventh round of negotiations to restore the deal, the U.S. government added new sanctions on Iran while Biden was urged to “restore Iran’s fear” with military build-ups. Meanwhile, Israel continues to threaten war.

But how do Iranians see all this? Here to explain is Prof. Mohammad Marandi, an advisor to the Iranian negotiating team in Vienna and a Professor of English Literature and Orientalism at the University of Tehran.

0:00 Intro
1:20 What has been achieved, why hasn’t there been a restoration of the nuclear deal yet?
9:02 US and Europe want to keep sanctions in place
16:36 Who is being constructive vs obstructing the talks?
20:25 Why should Iran even resume talks?
29:10 Does Iran see a difference between Trump and Biden?
32:29 Iranian liberals as extensions of the West
35:53 Is war between Iran and the US inevitable?
43:53 Consequences of the US Assassination of Qassem Suleimani
58:57 The Gulf States reevaluate their relationship with Iran
1:06:24 Iranian domestic politics under Raisi